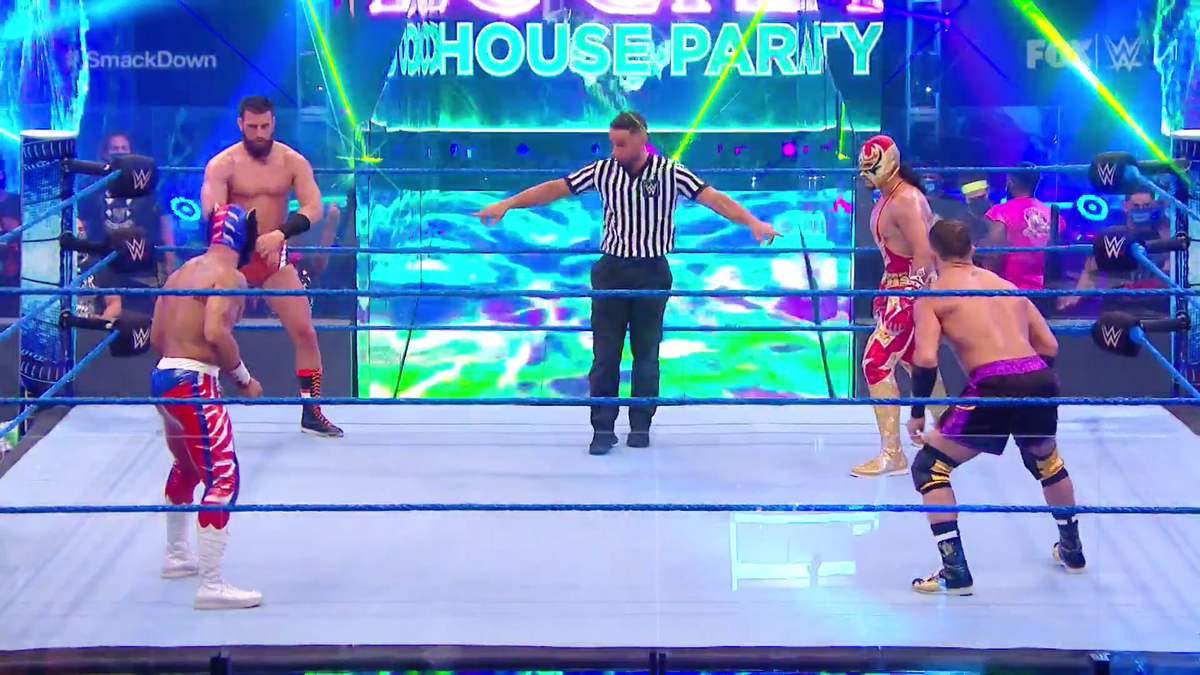 WWE has announced Metalik vs. Styles for next Friday's SmackDown on FOX episode.

Tonight's SmackDown episode saw Metalik win a Fatal 4 Way match over Shorty G, Drew Gulak and his Lucha House Party partner, Lince Dorado. The finish saw Metalik get the pin on G after a top rope flying elbow drop. There had been some tension between Metalik and Dorado during the match, but they ended the segment on the same page. The post-match segment saw AJ enter the ring and taunt Metalik, but he ended up knocked out of the ring to the floor.

Styles won the vacant Intercontinental Title back on June 12 by defeating Daniel Bryan in the finals of a tournament. Styles lost a non-title match to Matt Riddle the following week, but retained over Gulak on July 3, and then over Riddle on July 17.

Stay tuned for updates on next week's SmackDown episode. Below are a few shots of tonight's Fatal 4 Way from the WWE Performance Center in Orlando:

Who will face @AJStylesOrg for the #ICTitle??? We find out NEXT on #SmackDown! pic.twitter.com/2BmVo7WZRI

This match is going to be ??????@WWEGranMetalik vs. @AJStylesOrg NEXT WEEK on #SmackDown! pic.twitter.com/hqOxvV3VAc