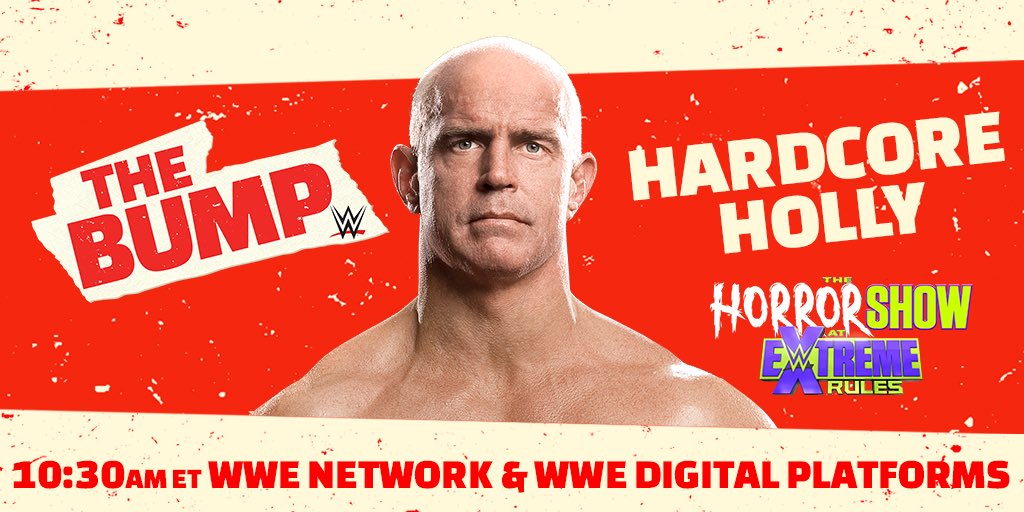 WWE's The Bump is doing a special edition tomorrow at 10:30 a.m. ET for "The Horror Show at Extreme Rules" PPV.

The guests announced are Hardcore Holly, D-Von Dudley, Seth Rollins (who will be going against Rey Mysterio in an "Eye For An Eye Match"), and former professional basketball player Kenny Smith.

WWE's The Bump is available to watch on WWE Network and other WWE Digital Platforms.

WWE's "The Horror Show At Extreme Rules" will take place at the WWE Performance Center on Sunday, July 19th, at 7 pm ET (Kickoff Show begins at 6 pm ET) and will be broadcast on the WWE Network.

Below is the full card for tomorrow:

* Seth Rollins vs. Rey Mysterio (Eye for An Eye Match)