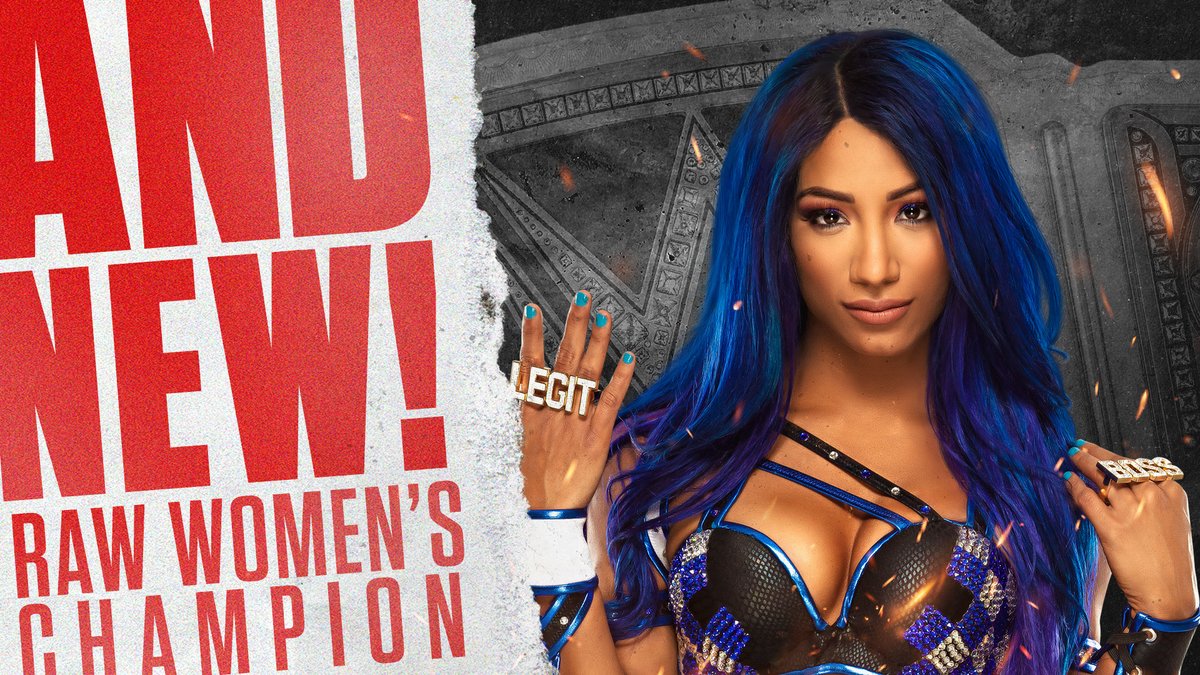 The Golden Role Models now have all the main roster gold.

Banks is now a five-time RAW Women's Champion. Asuka received the title back on the May 11 RAW. Becky Lynch relinquished the title to Sane due to her pregnancy, choosing her to be champion because she had won Money In the Bank the night before.

Banks and SmackDown Women's Champion Bayley are both now dual champions as they also hold the WWE Women's Tag Team Titles together.

The finish to tonight's title change saw Banks win via count out. Per the stipulation, the title could change hands by pinfall, submission, count out or DQ, including outside interference. The match ended after Bayley and Kairi Sane were seen brawling backstage, via the big screen in the arena. Bayley got the best of Sane and beat her down, while Asuka looked on and heard Sane scream her name for help. Asuka was torn between finishing Banks off to retain, or rush to the back to help Sane. She went with helping her friend, and was then counted out for the title loss.

Stay tuned for updates on what WWE has next for The Kabuki Warriors and The Golden Role Models. Below are a few shots from tonight's title change at the WWE Performance Center:

These are ALL the scenarios in which @WWEAsuka can win her #WWERaw #WomensTitle BACK! pic.twitter.com/VF2yo7nrrg

Only one way to describe this:

The attack by @itsBayleyWWE on @KairiSaneWWE backstage forces @WWEAsuka to check on her friend ...@SashaBanksWWE is your NEW #WWERaw #WomensChampion via countout, and that means the #GoldenRoleModels have ALL THE GOLD! pic.twitter.com/aw8MgyDI7g