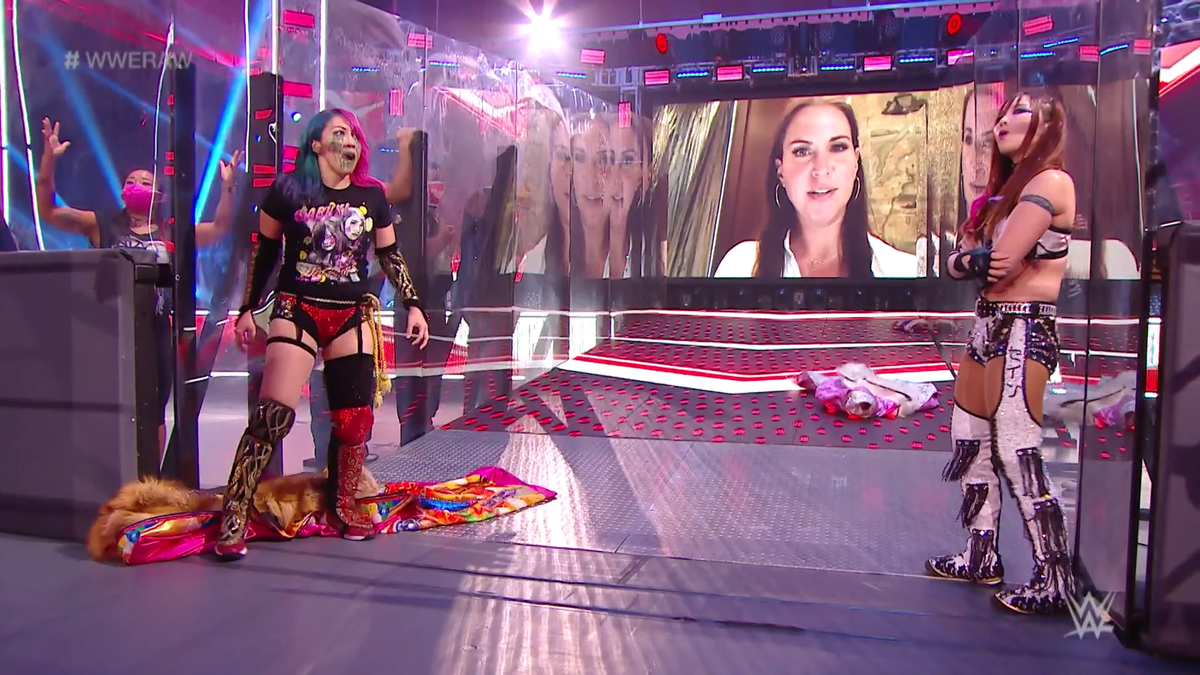 The RAW Women's Title will be decided during next week's WWE RAW episode on the USA Network.

Stephanie noted that next week's match can be decided by pinfall, submission, count out or DQ, including outside interference.

As noted, the Banks vs. Asuka title match from The Horror Show at WWE Extreme Rules on Sunday ended in controversy as SmackDown Women's Champion Bayley put on the referee's shirt after he was hit by errant green mist from Asuka. Bayley then counted a pin for Banks, forced the timekeeper to ring the bell, and then presented Banks with the title. They quickly left the arena with all the gold. It was confirmed during tonight's RAW that Asuka is still the champion, but Banks has been in possession of the title.

Stephanie congratulated everyone involved during her promo, but said Sunday's match was truly a "horror show" in the ring. Stephanie then noted that Banks may think she won the title, but Stephanie has a different opinion. She announced the singles match for next week's RAW and made it because Banks didn't win on Sunday, but neither did Asuka.

What a HUGE announcement from @StephMcMahon!

It's @WWEAsuka vs. @SashaBanksWWE next Monday to determine once and for all who is THE #WWERaw Women's Champion! pic.twitter.com/DuCUOltRj7

SHE HAS SPOKEN.@StephMcMahon rules that @WWEAsuka and @SashaBanksWWE will compete for the #WWERaw #WomensTitle NEXT WEEK ... and Sasha can lose by pinfall, submission, countout, disqualification, or even if anyone ????????????????????. pic.twitter.com/qHn0P83ilI