While replying to an Instagram post from HeelByNature contributor Jake, Strowman expressed displeasure with the rumor, dubbing it as “fake news.” During his interaction with Jake, Strowman emphasized that he was not thrilled with the idea of being used as “clickbait for lies” and that it was funny to come across lies about him and his fellow WWE superstars.

As reported earlier, Dave Meltzer of The Wrestling Observer had stated that “virtually everybody” on the WWE roster has reached out to AEW in some capacity or another to discuss a potential future with the company.

Meltzer noted that a number of wrestlers have contacted AEW to figure out how much money they could make in the rival promotion. However, he also stated that Roman Reigns was the sole person that has yet to contact AEW in any capacity.

Meanwhile, Strowman will defend his Universal Championship against Bray Wyatt at the forthcoming SummerSlam pay-per-view.

You can view Strowman and Jake’s direct messages below: 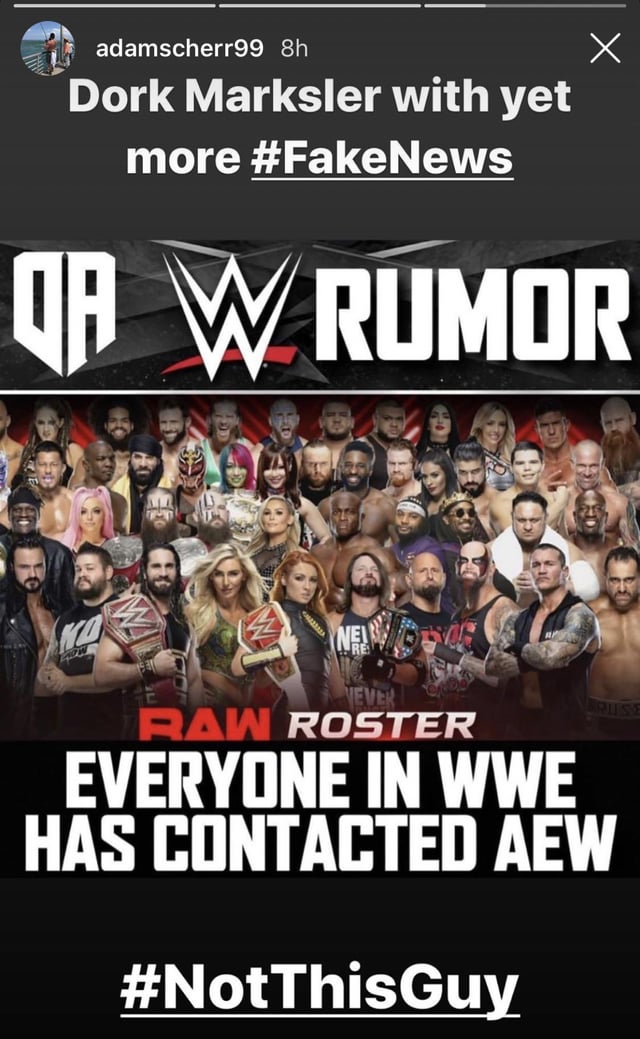