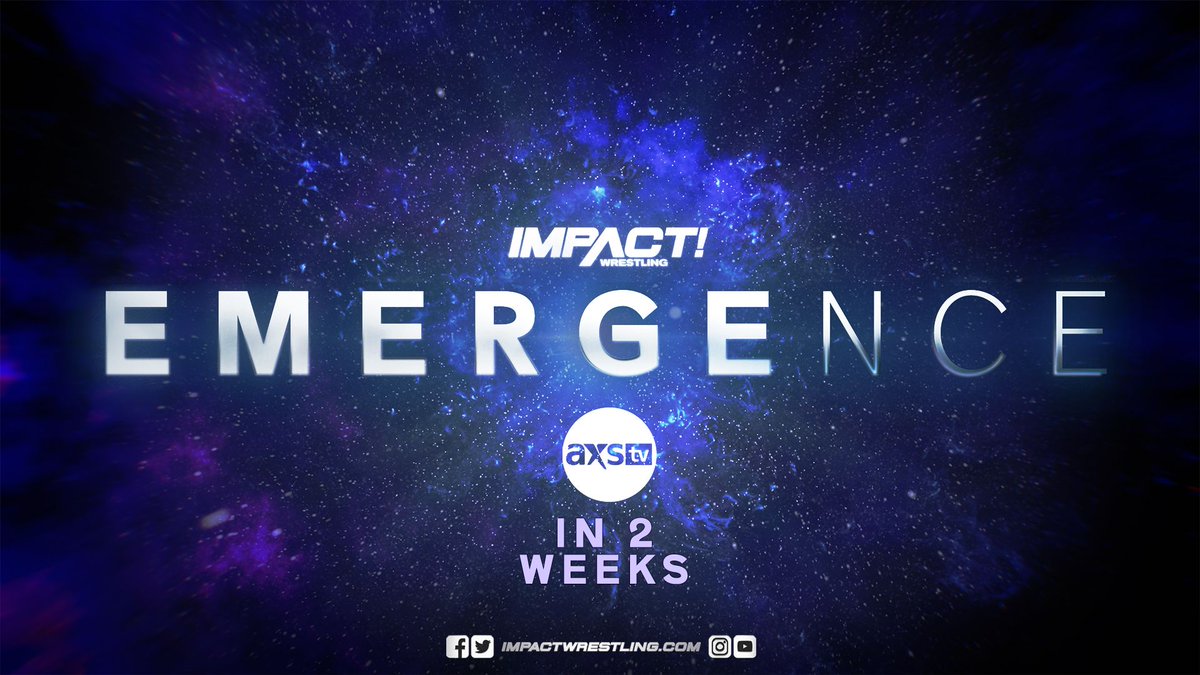 The only match announced for Emergence as of this writing is Jordynne Grace's rematch for Deonna Purrazzo's Knockouts Title, which will take place on Night 2.

Impact will be announcing more Emergence details and matches beginning tonight on Impact TV. Stay tuned for updates. Below is Impact's official announcement:

On Tuesday, August 18 and Tuesday, August 25, IMPACT Wrestling's Emergence takes over AXS TV for a two-week special event. Personal rivalries will be settled and championships will be on the line.

Speaking of championships, it has been announced that Deonna Purrazzo will defend her newly-won Knockouts Title against former champ, Jordynne Grace. This highly-anticipated rematch will main event Emergence Night Two.

BREAKING: As first reported by @FightfulWrestle, Emergence - a two week special on August 18th and August 25th - is coming to @AXSTV! @JordynneGrace's rematch for the Knockouts Championship against @DeonnaPurrazzo is confirmed for Emergence Night 2! #Emergence pic.twitter.com/wdbmoSrpyn