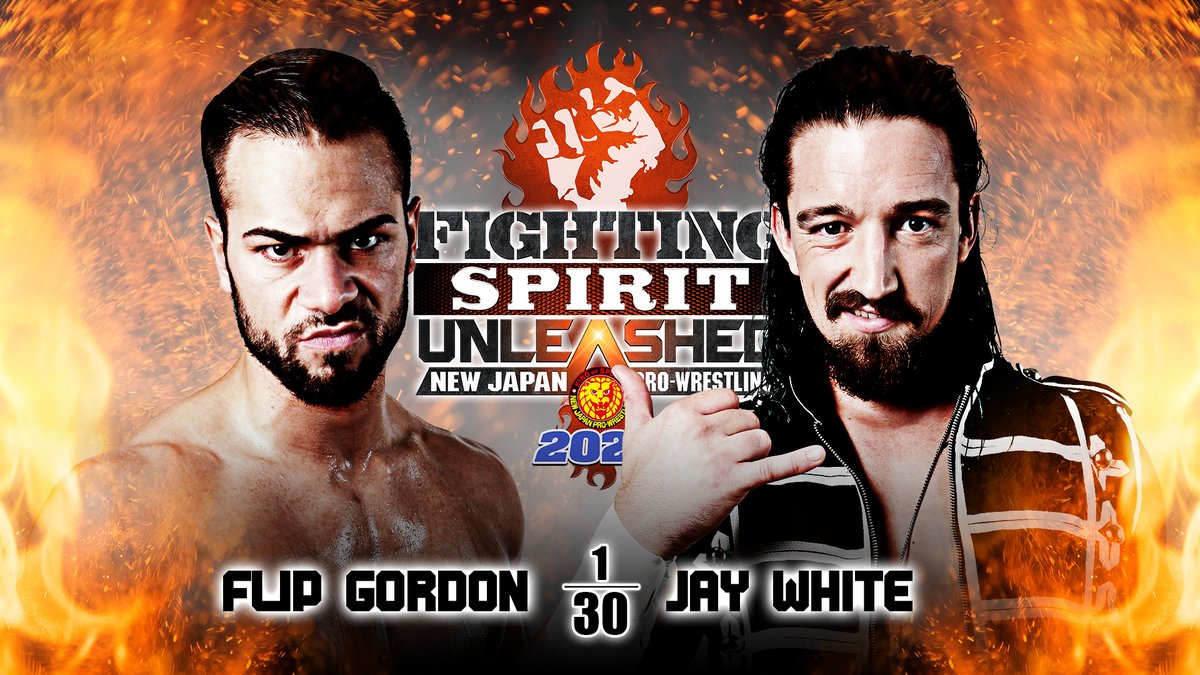 NJPW has just announced its lineup for Fighting Spirit Unleashed on NJPW STRONG.

Jay White vs. Flip Gordon and Hikuleo vs. Brody King are scheduled for September 4.

On September 11, KENTA will face Jeff Cobb, with the right to challenge for the IWGP US Heavyweight Championship at stake.