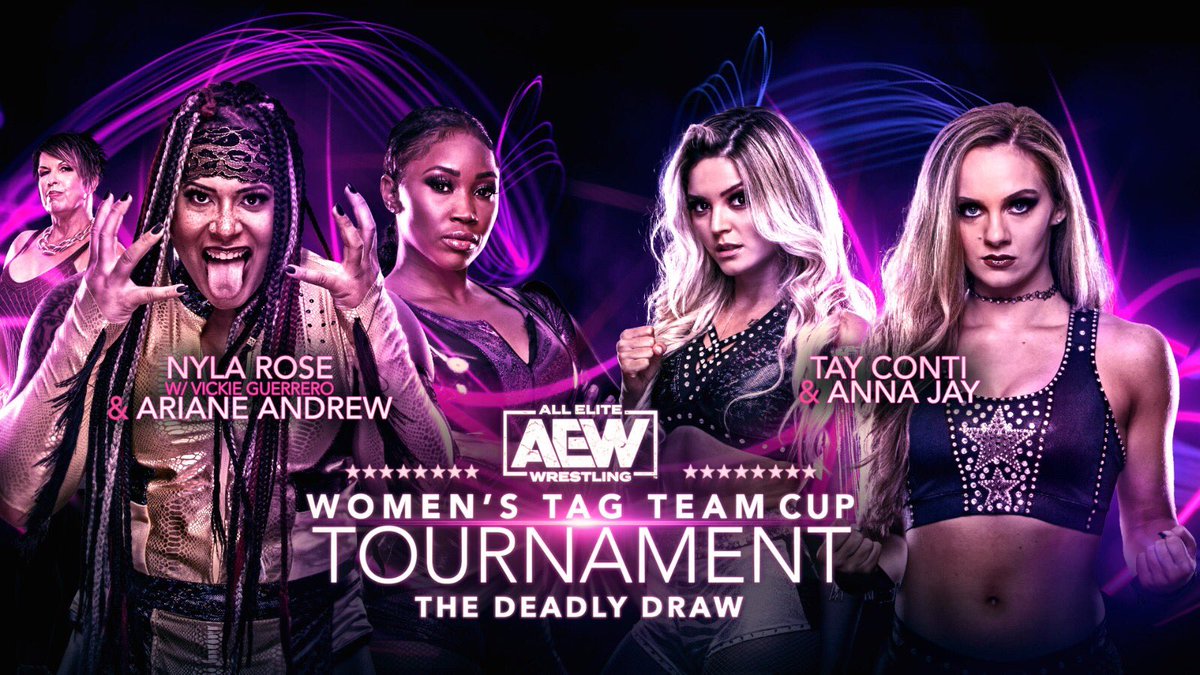 AEW has confirmed the first match for the "Women's Tag Team Cup Tournament: The Deadly Draw" that kicks off tonight at 7pm ET on YouTube.

This is the first Round 1 match confirmed for the tournament, which will feature 8 teams. All 16 participants must draw a random color and match that color up to their partner. "The Nightmare Sisters" Brandi Rhodes and Allie were previously announced for the tournament, as were Diamante and Ivelisse, but their matches have not been confirmed.

There is still no word yet on what the winners of the tournament will receive, past the trophy. Stay tuned for updates.

Previous Article
Dwayne "The Rock" Johnson Issues Statement On The Purchase Of The XFL
Next Article
Best Friends Attack AEW Star, FTR - The Elite, The Dark Order Bicker (Being The Elite Recap)