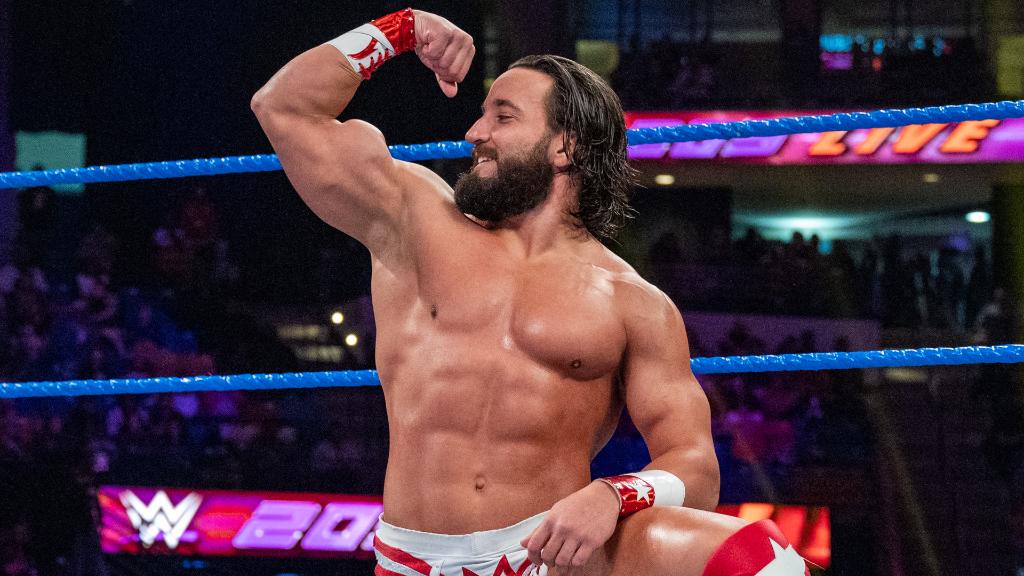 Welcome to Wrestling Inc's WWE 205 Live recap! Tonight's action-packed show will take place right after Friday Night SmackDown at 10 PM EST on the WWE Network. Be sure to chime in on your thoughts about tonight's show in the comments section below. Additionally, share our live coverage through social media. Make sure to click the REFRESH button to continue to get the most current up to date coverage.

Vic Joseph and former NXT cruiserweight champion Drew Gulak welcome us to another edition of 205 Live from the WWE Performance Center. Ever-Rise (Chase Parker & Matt Martel) make their way to the ring for our opening tag contest. They'll be taking on Mikey Spandex and Marquis Carter, who are already in the ring.

Martel and Spandex begin. Tie-up...Martel with the early advantage but Spandex lands a dropkick. As he goes to tag in Carter Martel brings in Parker and Ever-Rise double up on Spandex isolating him away from his partner. Carter later gets knocked off the apron and Ever-Rise sets up Spandex for a double team...wheelbarrow/codebreaker combo. This one is over quick.

The duo celebrate their first win in several weeks. Commentary sends us to our first break of the evening.

Main event time. Oney Lorcan accompanies Danny Burch out to the ring. They are followed by Tony Nese. Here we go.

Tie-up. Neither man is able to gain proper position so they reset. Burch wins the next exchange and brings him to the mat...Nese makes it to the ropes and the referee forces the break. He fires back by picking Burch's ankle and the two go back and forth grappling on the mat. Burch slows Nese's drive down by applying a triangle submission...Nese in trouble...he manages to escape. Nese lands the first strike of the bout with a back elbow, then follows up with a combo ending in a leg-sweep for a nearfall. He quickly snags Burch in a headlock...Burch struggling to move...he reverses the maneuver but Nese quickly turns it into a back suplex. Nese keeps the pressure on by snapping Burch's neck over the ropes and hitting his signature springboard moonsault. Cover...only two. Nese slows the action down with a bodyscissor but Burch regains momentum by nailing a series of lariats. Enziguri and suplex in succession from Burch. Nese shakes it off and lands a spin-kick...he climbs to the top...450 misses.

Suddenly Ariya Daivari appears and attacks Oney Lorcan at ringside. He rakes at Lorcan's eyes and whips him into the fan barricade. Officials are able to send Daivari to the back. The incident distracts Nese...Burch takes advantage and hits a draping DDT. Nese cannot kickout.

.@AriyaDaivariWWE is back and he immediately made his presence felt on #205Live! pic.twitter.com/hwmVgnUlkB

Burch celebrates briefly before attending to Lorcan on the outside. Commentary thanks us for joining them for another 205 Live.