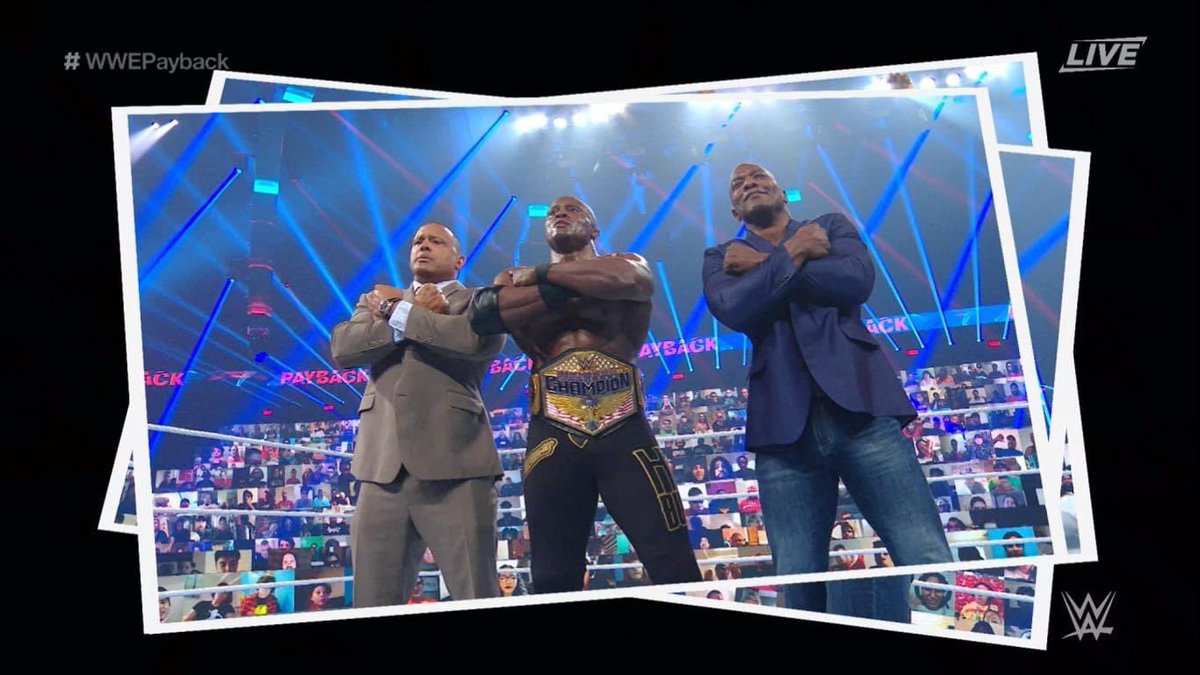 The Black Panther actor passed away after a battle with colon cancer at the age of 43 on August 28, just two days before the Payback pay-per-view. WWE Superstars paid tribute to Boseman all weekend on social media, and then at Payback.

As seen below, Lashley joined MVP and Shelton Benjamin for a backstage tribute and an in-ring tribute to Boseman, throwing up the "Wakanda Forever" symbol from Marvel's Black Panther movie. Apollo Crews also paid tribute to Boseman with his entrance at Payback, and again during the title loss to Lashley.

Lashley told Barrasso that they felt it was necessary to pay tribute to Boseman.

"That means positivity, being proud and being powerful," Lashley said. "That's what that movie character was. It put an African American character, a Black character, in a different light as a superhero. I never really had that growing up. We never really had our black Superman, but that's what he was.

"It's a tragic, amazing story. Boseman was battling cancer but creating some of the greatest movies of our time. We felt it was necessary to pay tribute to him, especially at this time."

You can see the various Payback tributes to Boseman from Crews and The Hurt Business below: