A new line of WWE wines is launching this week.

The wines are available at WWEwines.com for pre-sale orders today, and will begin shipping on Thursday, October 22. One bottle of each wine under the pre-sale will run for a total of around $100.

WWE Ambassador Dana Warrior commented on partnering with Wines That Rock for the new project.

“It was an amazing experience to collaborate with the team at Wines That Rock on this special Ultimate Warrior wine project,” Dana said. “From the quality of the wine, to the unique bottle, label and signature wax colors, it was clear they were committed to capturing his essence and honoring his legacy with impeccable attention to every detail.”

You can see a graphic for the bottles below, along with the full press release sent to us today by WWE:

New York, NY ? September 22, 2020 – Wines That Rock, the entertainment and lifestyle wine company, today announced the first two releases in its new WWE Wines collection featuring WWE Legend The Undertaker® and WWE Hall of Famer The Ultimate Warrior®. They will be available for pre-sale beginning today via wwewines.com with a shipping date of Thursday, October 22 in time for the holiday season.

Both unique offerings make up a collection of individually numbered, special vintages of limited-edition wines developed in collaboration with WWE. The wines were specifically chosen to represent each Superstar’s unique personality and will feature individually numbered labels, unique glass, dynamic artwork, and the winemaking talents of 2020 Wine Enthusiast’s ’40 Under 40 Tastemaker’ Andrew Nelson.

“We knew these bottles would look amazing and be perfect for collectors and fans alike but wanted the quality of the wine to ultimately be the real winner here,” said Wines That Rock winemaker Andrew Nelson. “For The Undertaker’s Limited-Edition 30 Barrel Series, we used 100% premium Cabernet Sauvignon from Lodi, California aged in oak. For The Ultimate Warrior, we looked to Mendocino County for a high quality, full bodied and flavorful Zinfandel.”

The Ultimate Warrior was one of the most iconic Superstars in WWE history and captivated audiences around the world with his distinctive ring entrances and larger-than-life personality. The powerful and flavorful wine features a rich and dark 80% Zinfandel and 20% Sangiovese blend from the Northern Coast of California. The bottles will feature three unique corks produced with different images and quotes from the WWE Hall of Famer, hand-filled and expertly hand wax-dipped in his signature bright neon colors.

“It was an amazing experience to collaborate with the team at Wines That Rock on this special Ultimate Warrior wine project,” said Dana Warrior. “From the quality of the wine, to the unique bottle, label and signature wax colors, it was clear they were committed to capturing his essence and honoring his legacy with impeccable attention to every detail.”

The Undertaker Limited-Edition 30-Barrel Series is a premium Cabernet Sauvignon wine consisting of a 30-barrel production run honoring his 30-year anniversary with WWE. Each bottle is marked with an individual number and the barrel it came from, hand-filled and expertly hand wax-dipped using his signature purple color while featuring a unique tombstone shape and glow-in-the-dark label.

As both bottle series are numbered, all collectors who purchase WWE wines during the first two weeks of the launch will be added to the WWE Wines priority list and will receive special early notice on all future releases.

“Our collaboration with WWE has taken our creative and winemaking teams to a new level. Working together with their team to define the first two releases has been fun personified,” said Wines That Rock’s Senior Project Manager Heather Hudson. “Our goal is always to create premium, limited-edition wines that we as fans want to own. These first two releases for WWE Wines are stellar! To quote WWE’s Ultimate Warrior ? Live Strong, Act Bold, Be Brave. Nothing’s too hard to do, ALWAYS BELIEVE!”

As part of its Rock ‘N Roll tradition, Wines That Rock has also produced one-of-a-kind branded electric guitars for both The Ultimate Warrior and The Undertaker. For additional details, including a special Sweepstakes opportunity, please visit wwewines.com.

WWE, a publicly traded company (NYSE: WWE), is an integrated media organization and recognized leader in global entertainment. The company consists of a portfolio of businesses that create and deliver original content 52 weeks a year to a global audience. WWE is committed to family friendly entertainment on its television programming, pay-per-view, digital media and publishing platforms. WWE’s TV-PG, family-friendly programming can be seen in more than 800 million homes worldwide in 28 languages. WWE Network, the first-ever 24/7 over-the-top premium network that includes all live pay-per-views, scheduled programming and a massive video-on-demand library, is currently available in more than 180 countries. The company is headquartered in Stamford, Conn., with offices in New York, Los Angeles, London, Mexico City, Mumbai, Shanghai, Singapore, Dubai, Munich and Tokyo.

Additional information on WWE (NYSE: WWE) can be found at wwe.com and corporate.wwe.com. For information on our global activities, go to https://www.wwe.com/worldwide/.

ABOUT WINES THAT ROCK

For more than 15 years the Wines That Rock’s mission has been to create premium wines that enhance the direct connection between brands and fans. Wines That Rock delivers uniquely creative brand extensions while maintaining authenticity and fun.

The founders of Wines That Rock, LLC have been at the forefront of bringing pop culture to fans for decades. Originally born out of a passion for music and wine, Wines That Rock launched its namesake collection of classic wines influenced by the spirit of Rock ‘n’ Roll. Working together with brand owners such as: NBC Universal, ABC, The Rolling Stones, NPR, TCM, Cirque du Soleil, Star Trek, Downton Abbey, Discovery and many others, Wines That Rock specializes in bringing new, exciting wines and wine clubs to market. With over 35 years of Rock ‘n’ Roll experience, Wines That Rock promotes, produces, and markets their one-of-a-kind wines to a global marketplace. For more information, please visit winesthatrock.com 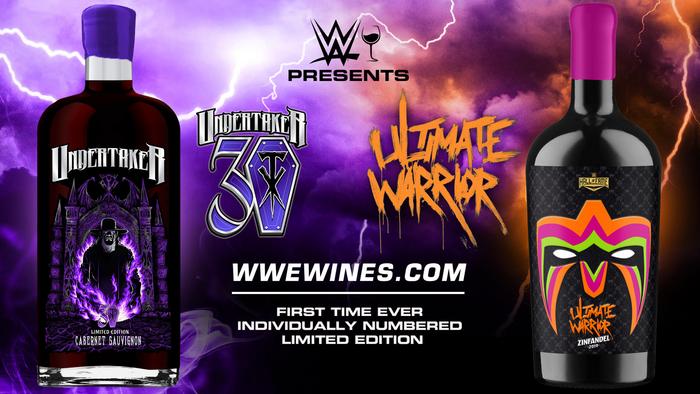