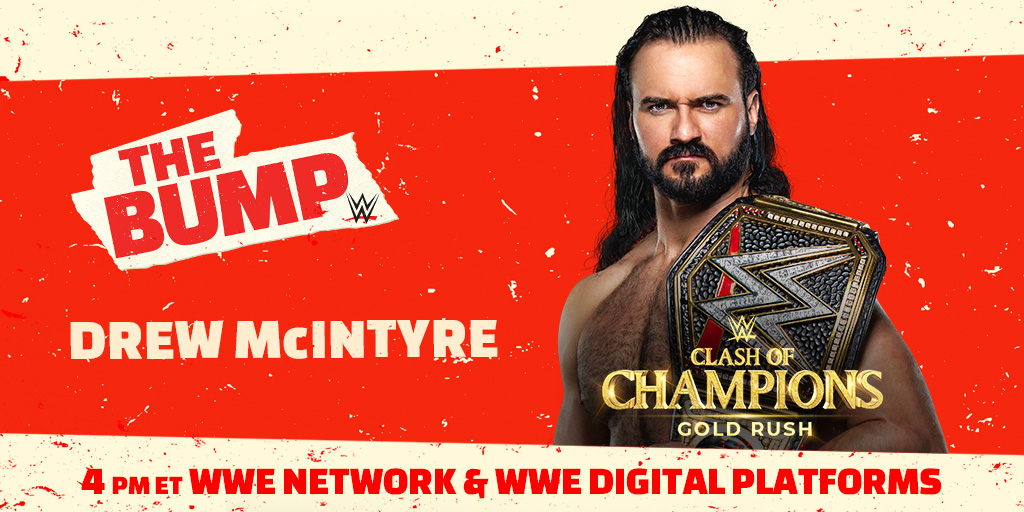 There will be a special edition of WWE's The Bump ahead of "Clash of Champions: Gold Rush" tomorrow.

Drew McIntrye will be defending his title tomorrow against Randy Orton in an Ambulance Match. Zelina Vega will be on the Kickoff pre-show and Sami Zayn will be in a Triple Threat Ladder Match for the Undisputed WWE Intercontinental Title.

The Bump will be airing at 4 p.m. ET on WWE Network and WWE Digital platforms.

The 2020 WWE Clash of Champions pay-per-view begins at 6 p.m. ET with the Kickoff. The event's location is Amway Center in Orlando, FL.

Tomorrow is all about the ? gold ? , and we've got the #WWETheBump lineup to prove it.