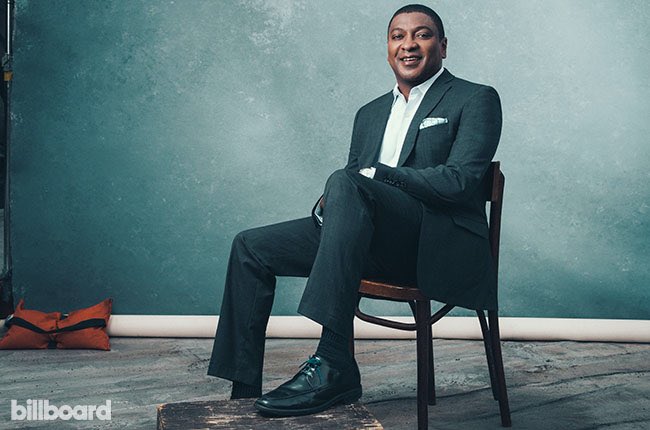 WWE announced today to announce that Steve Pamon has been elected to the Board of Directors.

Pamon is the President & CEO of Parkwood Entertainment, a company founded by singer Beyoncé in 2010. Pamon has also worked for JPMorgan Chase and the NFL, among other companies.

"Steve brings an extraordinary track record from the media and entertainment industry and is an accomplished senior executive," said WWE Chairman & CEO Vince McMahon. "I am confident his experience and insights will add tremendous value to our company."

Below is the full press release sent to us today by WWE:

WWE® ELECTS STEVE PAMON TO BOARD OF DIRECTORS

STAMFORD, Conn., September 1, 2020 – WWE (NYSE: WWE) today announced that Steve Pamon, President and Chief Operating Officer of Parkwood Entertainment has been elected to its Board of Directors.

"Steve brings an extraordinary track record from the media and entertainment industry and is an accomplished senior executive," said Vince McMahon, WWE Chairman & CEO. "I am confident his experience and insights will add tremendous value to our company."

As the President & Chief Operating Officer of Parkwood Entertainment founded by global entertainer Beyoncé in 2010, Pamon oversees an extensive global media portfolio, including artist management, music production, concert tours, motion pictures, television specials and consumer products. Throughout his tenure, he has achieved critical and commercial success as evident in the Super Bowl 50 Halftime Show, Lemonade visual album, The Formation World Tour, Netflix's Homecoming documentary and the Disney+ film, Black Is King, among many others.

Prior to joining Parkwood Entertainment, Pamon was the Head of Sports and Entertainment Marketing for JPMorgan Chase, where he led a team responsible for the ongoing operations around the bank's broad sponsorship portfolio with various leagues, events and venues. Before joining JP Morgan Chase, Pamon was Vice President of Strategy and New Business Development for the National Football League, served as Senior Vice President and General Manager of HBO's Digital Distribution, and held positions at Time Warner, McKinsey & Co, Citigroup and Merrill Lynch.

Pamon holds an MBA from Stanford University Graduate School of Business and BA in Business Administration from Morehouse College.