Sami Zayn Admits That He Does Look Like Seth Rogen

Zayn was possibly agreeing with Rogen’s views about Ilhan Omar of Minnesota and Rashida Tlaib of Michigan, who became the first Muslim women to serve in the U.S. Congress last year. Rogen was defending the two women, who were being termed as anti-Semitic on Twitter for their views on the Israel-Palestine situation. Rogen has been spoken out against the State of Israel on several occasions in the past.

The Zayn-Rogen comparison has been an Internet meme for years and Rogen even addressed it in 2018, a screengrab of which can be seen below. When Rogen was going through the list of people that his fans believed looked like him, he came across a photo with Zayn. Rogen booed the comparison.

Zayn began his second reign as WWE Intercontinental Champion at the Clash of Champions pay-per-view last Sunday. He defeated Jeff Hardy and AJ Styles in a triple-threat ladder match to reclaim the title he never lost after beating Daniel Bryan at WrestleMania earlier this year. 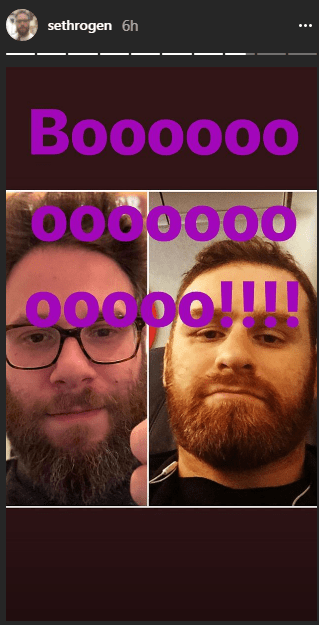