Shinsuke Nakamura Dresses Up As The Undertaker For A Photoshoot, Teases A Future Project

Shinsuke Nakamura, one half of the SmackDown Tag Team Champions, may have just dropped a big clue regarding a future WWE project. In a five-second video clip he posted on Twitter, Nakamura wrote "Photoshoot for something coming up."

In the photoshoot, Nakamura is seen dressed as The Undertaker, a screengrab of which can be seen below. Nakamura deleted the tweet quickly, perhaps since WWE does not want news of a possible future angle getting out.

Soon after deleting the tweet, Nakamura posted an emoji with a finger covering the lips.

Nakamura and Cesaro, who won their titles at the Extreme Rules pay-per-view in July, defeated the team of Kalisto and Lince Dorado at last Sunday's Clash of Champions event. 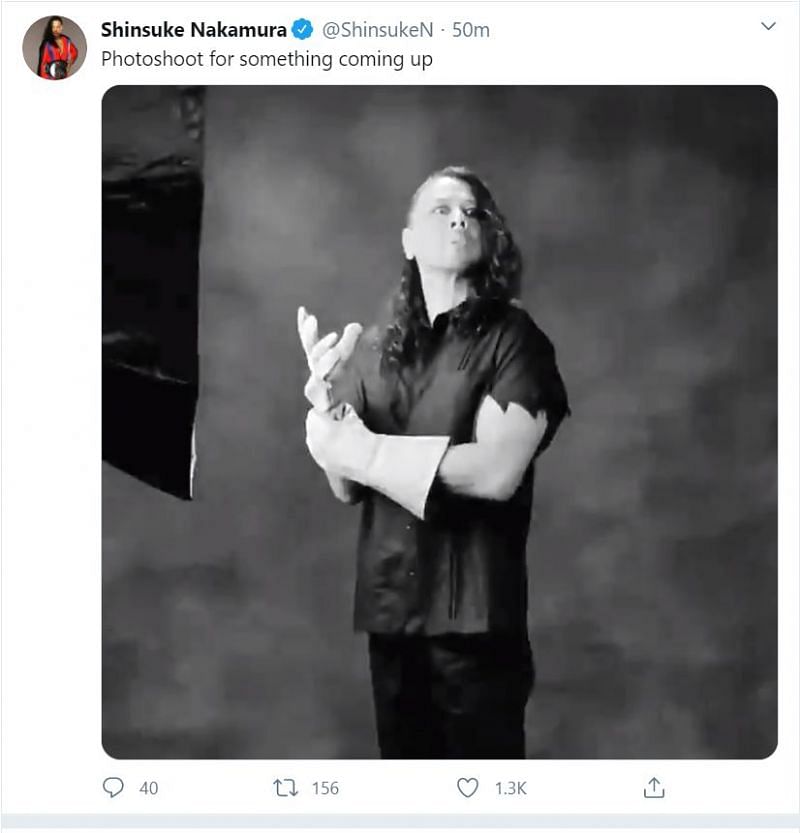 Previous Article
MJF Names His Dream Opponent From Outside Of AEW
Next Article
Tenille Dashwood Says "If You Want It, Go For It" In New Swimsuit Instagram Post