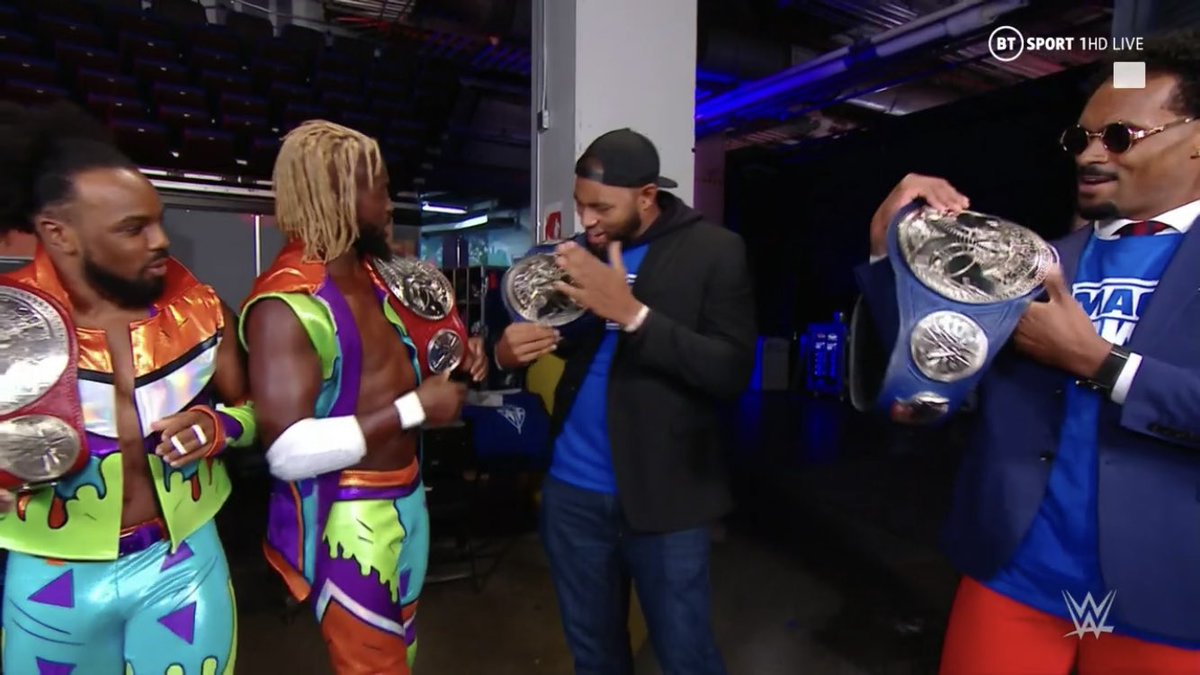 WWE had previously announced that champions would take their titles with them to their new brand if they were drafted. However, RAW featured a backstage segment where WWE Producer Adam Pearce authorized a simple exchange of the tag team titles between The New Day and The Street Profits.

The Street Profits are now the SmackDown Tag Team Champions, and The New Day are now the RAW Tag Team Titles. It looks like WWE is recognizing the title reigns as beginning with tonight's RAW.

Below is a GIF from tonight's segment: