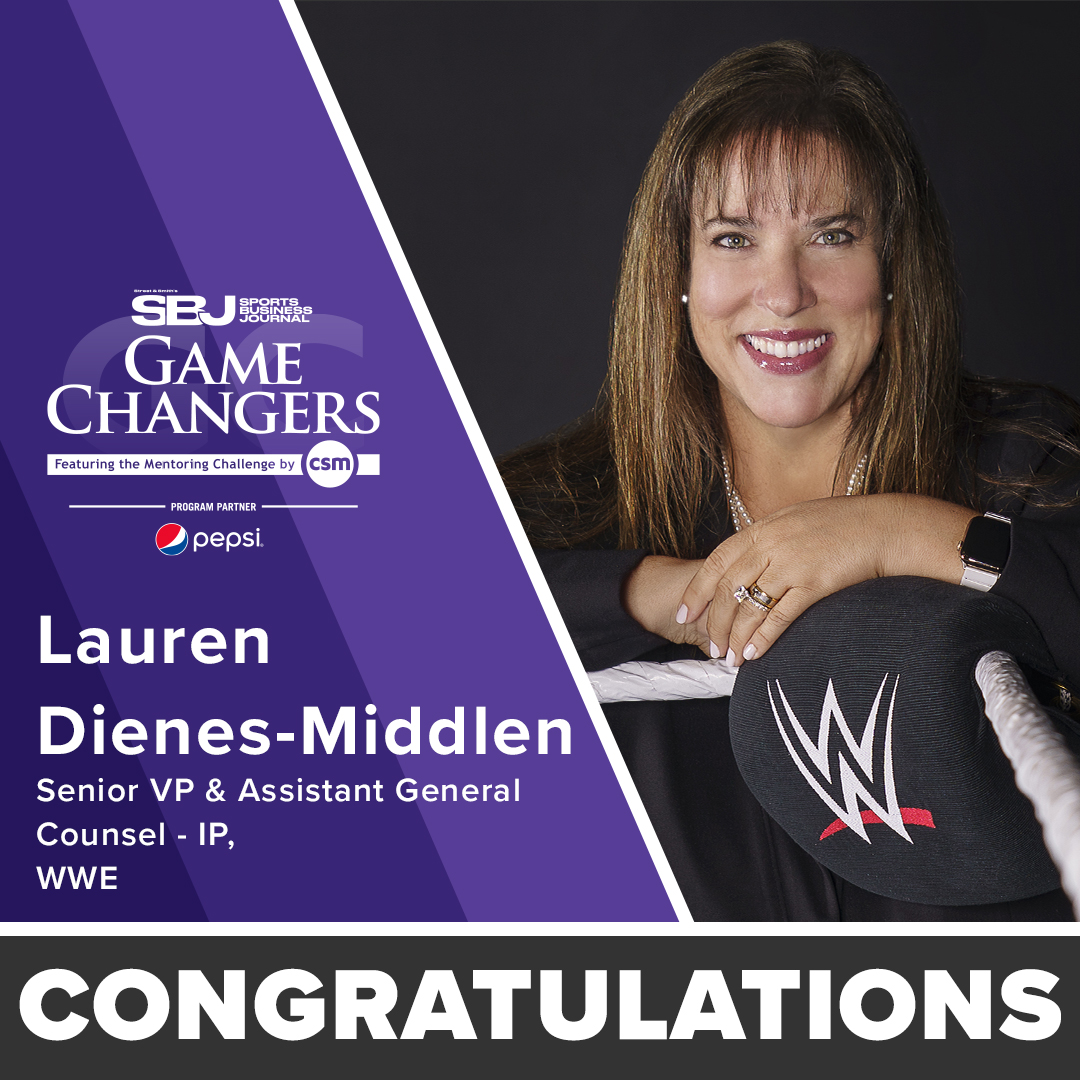 Dienes-Middlen oversees and protects all of WWE’s intellectual property. The name may be familiar to some as she is listed on all trademark filings from the company. It was noted that WWE has nearly 8,000 active trademark registrations and applications worldwide.

Dienes-Middlen runs a team of four people that all work in-house at WWE HQ in Stamford, CT. That team works with a global network of outside counsel to fight the two biggest intellectual property threats WWE is up against – counterfeit products and piracy of WWE broadcasts.

“We devote a lot of time and energy and financial resources to protect our IP,” Dienes-Middlen said, “So that third-party fans are not getting product that they believe to be coming from us that’s in fact actually counterfeit product that would not meet the standards that are set by whatever country, not just the United States.”

Dienes-Middlen began her IP law career in the late 1980s, working during vacations and summers for a boutique law firm in New York City. She commented on how far she’s gone, and how she loves her current role with WWE.