Only 500 of the individually numbered titles were created. The $849.99 replica belts can be pre-ordered now on WWE Shop, but the item is expected to be in stock on Tuesday, November 10.

The custom-crafted belt features a real suede and leather strap, 12 Swarovski crystals to signify Savage’s status as the 12th WWE Champion, and a 7.27mm-thick main plate. The belt comes in a custom carrying case that is shaped like Savage’s iconic sunglasses. The case also comes with a pair of exclusive sunglasses and a replica bandana, in addition to the belt.

The main plate of the belt is emblazoned with “Macho Man” and the year of his in-ring debut, plus three stars featured on the ring gear from some of his most memorable matches. The six side plates include snapshots into the different phases of Macho’s Hall of Fame career, and the tip features Savage’s signature sunglasses. The reverse side of the belt featured the laser-etched number. The strap also includes a zebra stitch pattern with a rich purple color.

You can see the replica below and purchase it at WWE.com by clicking here: 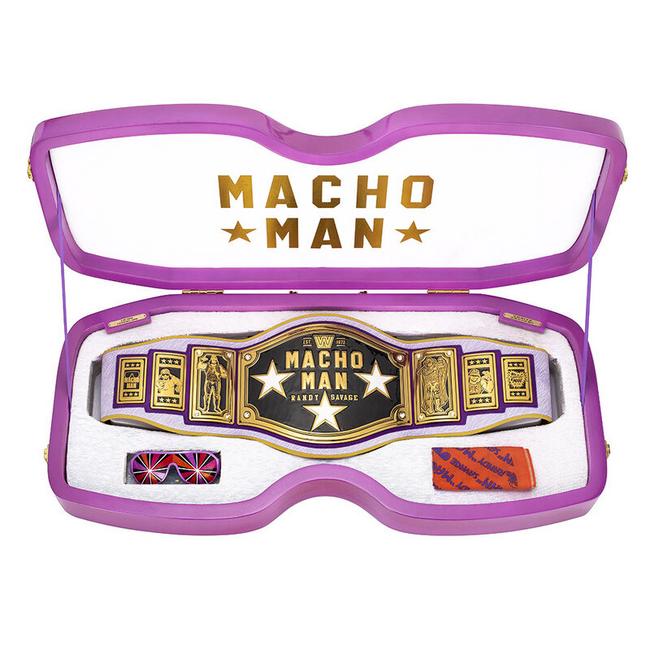