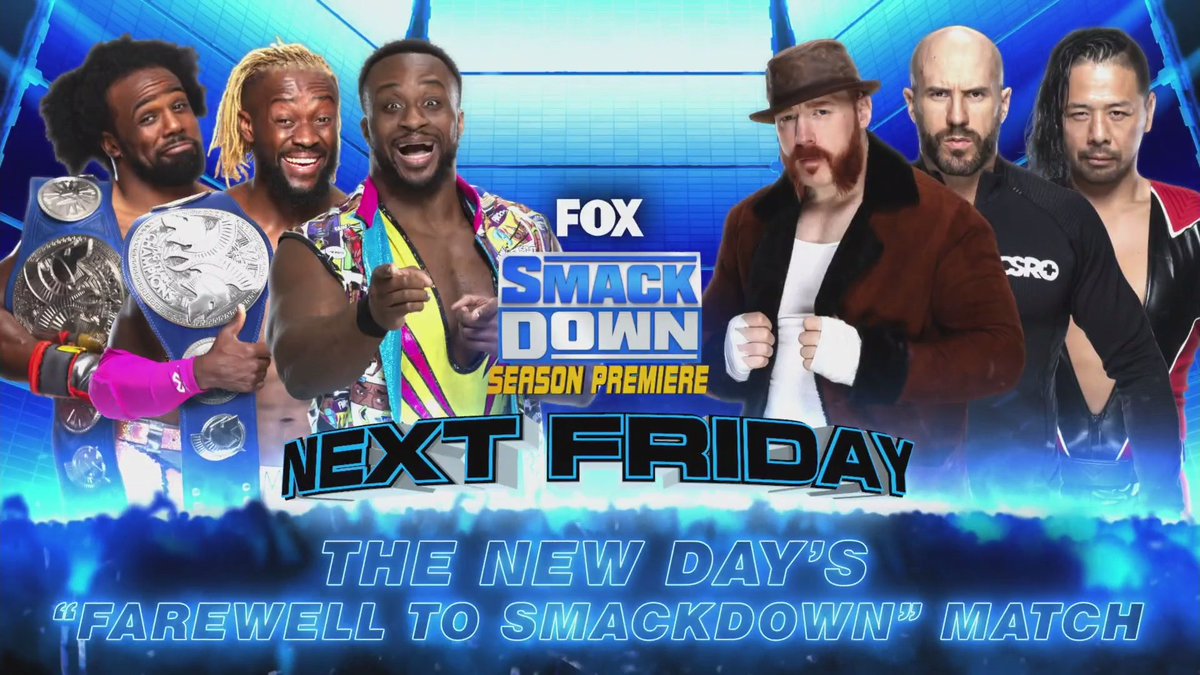 The WWE Universal Title will be defended on SmackDown for the first time as Roman Reigns defends against Braun Strowman.

As noted, next week's SmackDown on FOX season two premiere will feature a Kickoff pre-show that begins at 6:30pm ET. The hosts will be WWE Hall of Famer Booker T and former WWE star Renee Young.

Stay tuned for more on next week's big SmackDown episode.

Next week on the season premiere of #SmackDown!

The season premiere of @WWE Friday Night #SmackDown will be ????????! pic.twitter.com/yF83xRicqV