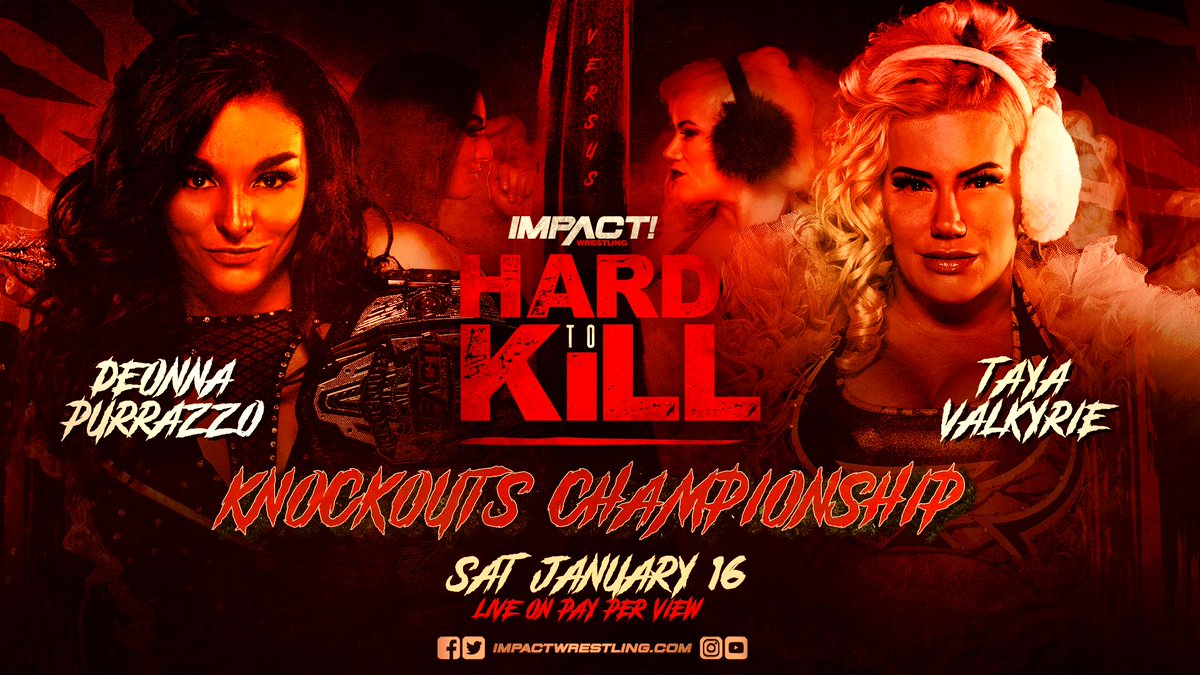 Deonna Purrazzo defeated former champion Su Yung in a No Disqualification match on November 14, 2020, at Turning Point in Nashville, Tennessee to win the title. This is her second reign.

Interesting to note, Taya Valkyrie currently holds the record for longest in the title's history with 377 days.

Hard To Kill 2021 pay-per-view will take place on Saturday, January 16 from Skyway Studios in Nashville, Tennessee.

Below is the updated card for Hard to Kill: