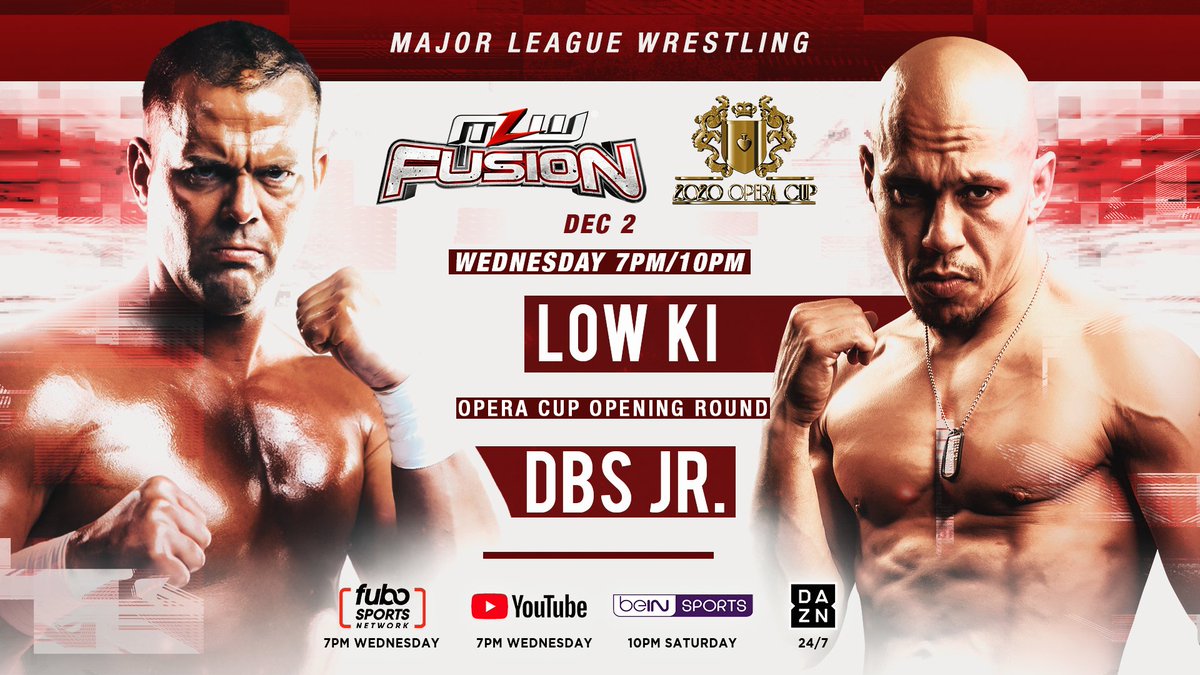 For tonight’s MLW Fusion, the 2020 Opera Cup opening rounds will continue. In the opening match, ACH will take on AAA’s Laredo Kid. The winner of this bout will face “Filthy” Tom Lawlor, who defeated NJPW sensation, Rocky Romero, last week in their scheduled opening round match.

In the main event, the 2019 Opera Cup winner Davey Boy Smith Jr. will renew his match from last year against the former MLW World Heavyweight Champion Low Ki. The winner will face Richard Holliday in the semi-finals.

Also scheduled for tonight, CONTRA Unit will introduce who their masked assailant is, who attacked Alex Hammerstone just two weeks ago during The Restart. They also plan on calling out every champion in the company. All this, and so much more!

Be sure to join us during our live coverage at 7/6c.