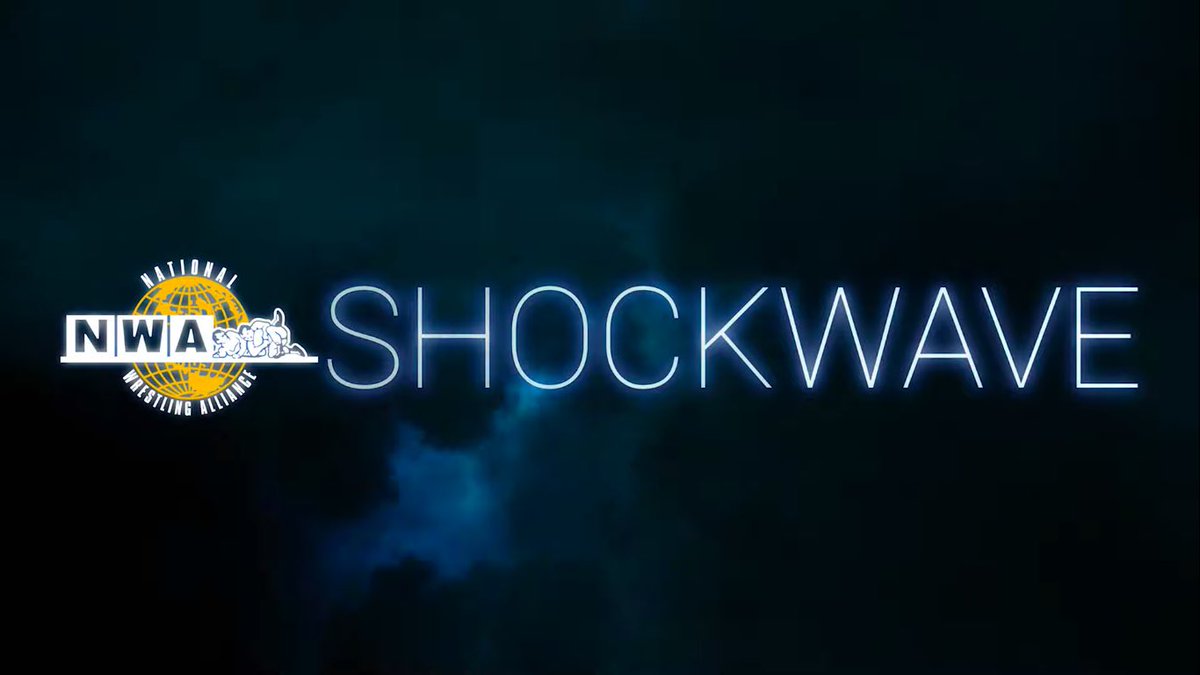 Welcome to Wrestling Inc's live coverage of the National Wrestling Alliance's weekly episodic, Shockwave. Today's show was taped from Thunder Studios in Long Beach California, and runs in conjunction with the United Wrestling Network. You can watch the program live on the NWA Facebook and Youtube channels, or follow along with our coverage every Tuesday. Feel free to sound off in the comments and enjoy the show!

NWA National Champion Aron Stevens opens the show with May Valentine interviewing him. She asks him how he feels about facing Trevor Murdoch in the main event. Stevens promises that he's going to introduce Murdoch to a world of pain, something Valentine questions as Stevens walks away.

Joe Gali officially welcomes us to another edition of NWA Shockwave, and thanks the dedicated NWA fans for joining them once again. He hypes down the evening's card, which includes an opening round matchup between Allysin Kay and Nicole Savoy.

Tie-up. Kay takes Savoy down with an arm-drag. They reset. Kay fixes her hair into a poneytail, then targets Savoy's leg with a submission hold. Kay smoothly transitions into a crossface before Savoy attempts a triangle. However, Kay smartly presses down on Kay for the pinfall attempt...Savoy uses the opening to hit a butterfly suplex. Kay shakes it off and goes right back after the leg by driving her knee into it. Kay uses the bottom rope to further damage Savoy's leg. Commentary believes that the winner of this match could be a potential challenger for the NWA Women's championship. Back and forth striking exchange...Savoy fires off a flurry of strikes but Kay drops her with a swift kick to the knee. Savoy baits Kay in with a chop, then sends her flying with a release German suplex. She goes for a firemans carry...Kay counters into a takedown...she reigns down elbows on Savoy's face but Savoy turns it into an armbar. Kay eventually escapes...Savoy with a running knee for a nearfall. Quick pinfalls from both women...Kay traps Savoy's leg and wins with a victory roll with a bridge.

Joe Gali says that there will be tag team action coming up next. The Pope and Watts take on Effy and Zicky Dice.

#NWAShockwave is about to get OUTLANDISH! @ZickyDice has revealed his mystery partner to be none other than @EFFYlives! They're taking on the team of @DaBlackPope & @DarthWatts RIGHT NOW!

Dice and Watts begin. Dice does his best to stall before beginning the grapple. After a bunch of stalling he eventually tags in Effy. Watts brings in Pope. Effy says no...HE WANTS WATTS. Effy goes for the nipple...Watts is barely affected, and slams Effy to the mat with ease. Dice tries to whisper some advice to Effy. He goes for a test of strength...Watts' arm is too long...when he gets it Watts goes for a lariat but Effy ducks and applies a sleeper hold. He drifts towards his corner where Dice blindly tags in. Kicks to the gut from Dice...he and Effy go for the double-team...Watts runs through both men and drops em with a double-lariat. Watts goes after Dice...Dice manages to slam his head off the turnbuckles. Effy back in...multiple elbows to...he taunts Pope who tries to come in but that only leads to the double team on Watts lasting longer. Quick tags from Effy and Dice keep Watts grounded. However, Dice attempts a powerslam, which Watts blocks. He then slams Dice and brings int he Pope, who unloads a series of kicks onto Dice, followed by a running shoulder block. Effy runs in...Pope hits an atomic drop and a running boot. Pope decides to bring Watts back in...a decision that leads to Effy and Dice once again getting the heat. They go after the big man's leg to keep him on the mat...double-suplex from Effy and Dice nearly wins them the match. Hot tag is made to Pope...he comes in with bionic elbows. Axe handle rocks Dice and Effy. He climbs to the top...flush crossbody onto Effy but Dice JUST breaks up the pinfall. All four men into the ring now...Watts and Pope mount their opponents in the corner and unload the 10 punch. Dice dumps Watts and holds Pope for Effy...Pope moves and Effy accidentally nails Dice! Pope calls for the Elijah Express...he hits it. It's over.

As soon as the match ends Dice attacks Pope from behind and spits on him. Watts chases him off, but is hobbling on one leg after the extensive damage done throughout the matchup. Pope gets up and cuts a promo calling out Dice. He says that there is a code in this business..."we shake hands afterwards. We show respect to one another in this business." He goes on to say that Dice needs Pope as much as Pope needs him, so they can make money together. "I don't know when...I don't know where...but you got Pope pissed off and I'm gonna come take to you what matters the most. " Pope refers to the NWA Television championship, which he promises to remove from Dice's "fat" belly.

Aron Stevens versus Trevor Murdoch for the NWA National Championship

Stevens tries a rolling thunder but Murdoch has it scouted. He nails Stevens with a huge haymaker that takes the champ out of the ring. Back inside Stevens tricks Murdoch by trying for the test of strength, instead opting to kick the man in the gut and unload strikes. Murdoch seems dazed for a moment, but he aggressively traps Stevens in the corner and delivers some stiff shots of his own. This leads to a double-lariat spot, and another big right hand from Murdoch. Stevens once again goes to ringside in an attempt to regroup...fight spills to the outside...Murdoch whips Stevens into the steel steps. They continue to fight around the arena before returning to the ring. Stevens takes advantage of a small opening to mount Murdoch...Stevens removes his jacket and black belt to use as a weapon...he chokes Murdoch with said belt and blocks it from the referee's point of view. Stevens drops knees onto Murdoch's face. The big man is winded from the choke...he counters a charging Stevens with a spinebuster. Both men are down. Stevens gets to his feet and nearly retains after a discus elbow. Stevens is noticeably upset that the maneuver didn't keep Murdoch down. Stevens goes to for a sunset flip...Murdoch sits down on it with pressure...GOT EM!

Murdoch gives an interview afterwards saying how it feels. "I'm at a loss for words. The only thing I can think of is that I wanna thank my wife and kids. Thanks for putting up with my sh**. DAD WON. I WON!"

Joe Gali congratulates Murdoch. He gives us our card for next week, which will see the return of NWA women's champion Thunder Rosa, Zicky Dice defending against The Pope, and the NWA champion Nick Adlis in action.