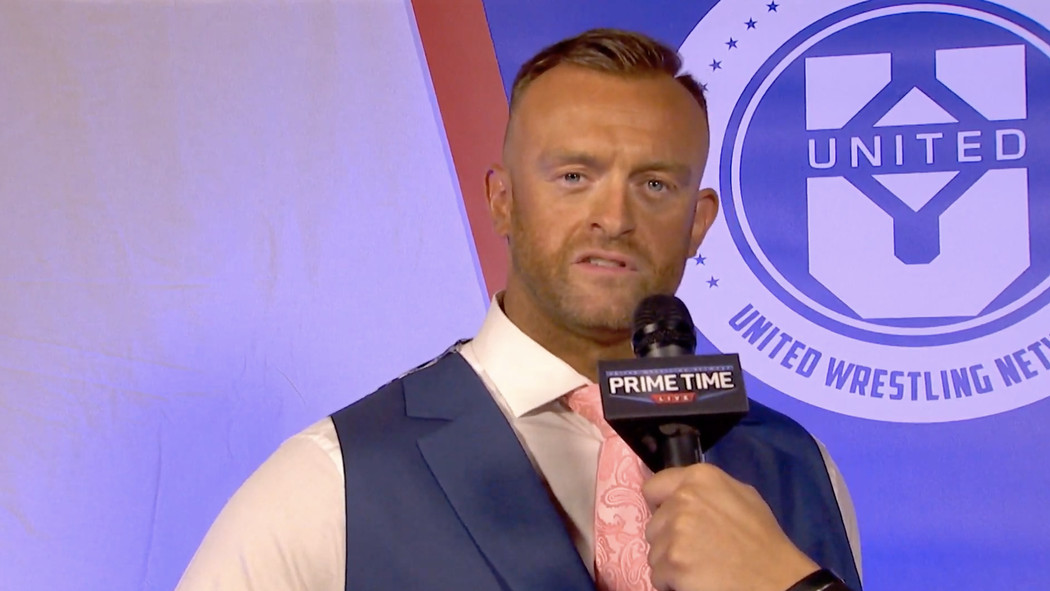 Welcome to Wrestling Inc's live coverage of the National Wrestling Alliance's weekly episodic, Shockwave. Today's show was taped from Thunder Studios in Long Beach California, and runs in conjunction with the United Wrestling Network. You can watch the program live on the NWA Facebook and Youtube channels, or follow along with our coverage every Tuesday. Feel free to sound off in the comments and enjoy the show!

Backstage interviewer Clint welcomes NWA world's champion Nick Aldis for an interview. The National Treasure hypes up this evening's main event, which sees Aldis defend the title against former WWE star Mike Bennett. This matchup originally aired as apart of UWN's Primetime Live special. Aldis says he will prove to Bennett why he's held the 10 pounds of gold for a staggering 700-plus days.

Head commentator Joe Galli welcome's back the loyal NWA fans, and runs down the lineup for the NWA's debut episode of Shockwave. He sends us to the ring, where Eli Drake and Jordan Cruz are already in the ring for our opening contest.

Tie-up. Drake snags a headlock and brings Cruz down to the mat. Drake eventually lets him go and both men reset. Second tie-up...Cruz grabs the wristlock and both men showcase some nice mat technique. Drake attempts a quick elbow drop but Cruz slides out of the way. Another restart. Drake ends up running through Cruz with a huge shoulder block...the pace picks up...counter after counter from both men...Drake surprises Cruz with a lariat and a neckbreaker. Cruz shakes it off and nearly steals a win with a sunset flip pin. Cruz charges Drake in the corner...Drake moves but Cruz slings Drake's neck over the rope, then follows up with a flush dropkick. Standing corner lariat from Cruz. He sends Drake hard in the corner...Drake pops out with another big lariat. Drake points out to the crowd (no one in attendance) and hits his signature running elbow drop, followed by the Gravy Train. This one is over.

After a quick merchandise for commercial Galli tells us we'll be seeing action in the women's division. It will be Kamille taking on Heather Monroe in singles-action. Halston Boddy is in Monroe's corner.

Tie-up. Kamille shows off her power advantage by blocking Monroe's early offense and running through her with ease. Boddy provides a distraction from the outside allowing Monroe to jump on Kamille's back. Kamille slams Monroe down, then lays into her with stiff European uppercuts. Kamille stomps Monroe down in the corner. She grabs Monroe by the throat and rag-dolls her across the ring. More stomps from Kamille. Gut-wrench suplex by Kamille. She sets up for the spear...Boddy pulls Monroe out of the ring so she could regroup. Kamille pursues Monroe...Boddy with another distraction...this leads to Kamille smashing off the ring-post hard. Monroe targets the arm by whipping it off the post and continue the damage inside the ring. Monroe chokes Kamille in the corner before clubbing her across the back. Monroe traps Kamille in an armbar in the center of the ring. Kamille struggles....she eventually gets to the ropes. Kamille eventually retakes control with a body splash and a huge powerslam for a nearfall. Monroe surprises Kamille with a springboard codebreaker...Kamille sneaks a shoulder up with ease on the cover attempt. Kamille goes for a torture rack but her arm gives out...she instead transitions into a swinging neckbreaker. Monroe gets a knee up on Kamile's spear attempt...she goes for a lungblower but Kamille pushes her off and spears her for the W.

David Marquez conducts an interview with tonight's title challenger Mike Bennett. He says that he knows that Aldis looks down on him as if he were another hungry young rookie but he reminds Aldis that he is a 20-year veteran, who is working as a desperate man before looking at his wife, Maria. He tells Aldis that he's wrestled in Japan, wrestled in Saudi Arabia, and ensures the National Treasure that he is leaving tonight as the new world's champion.

Nick Aldis versus Mike Bennett for the NWA World Championship

Bennett immediately traps Aldis in the corner and unloads a flurry of chops. Bennett tries to hit Aldis with a spear but Aldis side-steps him and the referee gets taken out! Bennett can't believe it as Aldis takes the time to recover. The two brawl on the entrance path with no referee to stop them. Bennett with more chops...Aldis catches him and tombstones him on the ramp! An angry Aldis grabs the belt to use as a weapon but Maria gets in his way. This brings out Kamille to chase Maria off, but Bennett recovers and takes out Aldis with a flying crossbody. A new referee comes in and begins counting...they beat the count. Back and forth striking, which Bennett wins. He bounces off the ropes and runs right into a Michinoku driver from the champ. Aldis tries for a second one...superkick by Bennett! He follows up with a huge lariat for a nearfall. Bennett grabs the world title to use as a weapon...referee screaming at him to stop...he decides to go the honorable route and goes after Aldis...this ends up being his downfall as Aldis catches him with the Kings Leaf Cloverleaf. Bennett screams in pain and puts up an incredible effort to escape, but eventually passes out.

The commentary team put over how hard Bennett fought, but give credit to Aldis for once again proving that he is the top dog in the NWA. Afterwards Aldis shakes Bennett's hand out of a sign of respect.

That does it for this week's episode of #NWAShockwave. Thank you all for tuning in and we'll see you next week!