The WWE Network is currently being offered for a discounted rate of 99 cents for the first month.

After doing away with the “first month free” promotions earlier this year, WWE began this new 99 cents promo back in mid-October as a way to offer the Survivor Series pay-per-view to former subscribers who had canceled their accounts. The promotion was brought back this week and is being pushed to former subscribers, with the WWE TLC pay-per-view being used to entice fans to restart their subscriptions.

The offer can be found here and is open to subscribers in the United States only. There is no commitment required and you can cancel at anytime without obligation, according to the terms.

You can see the new promotional graphic below: 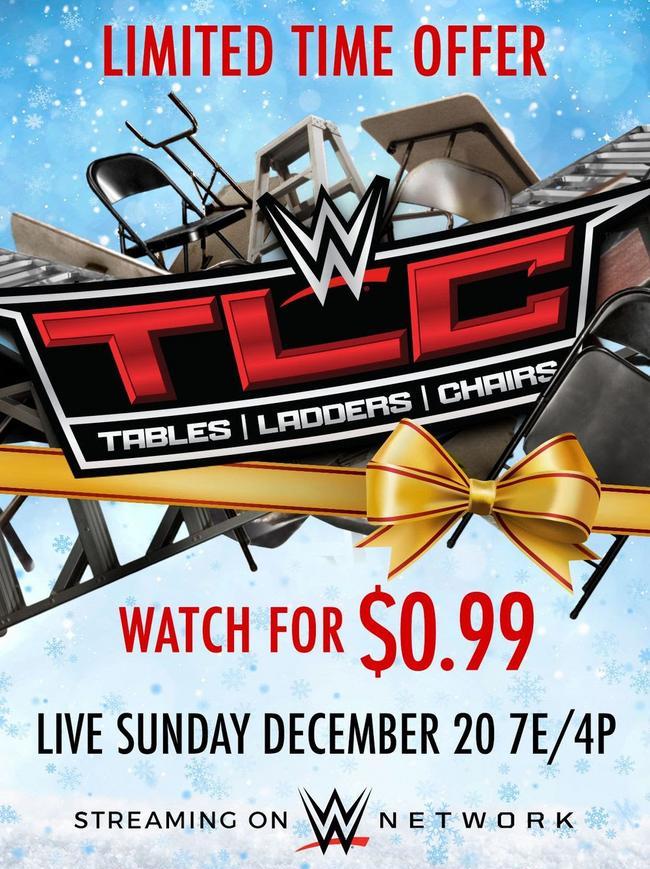