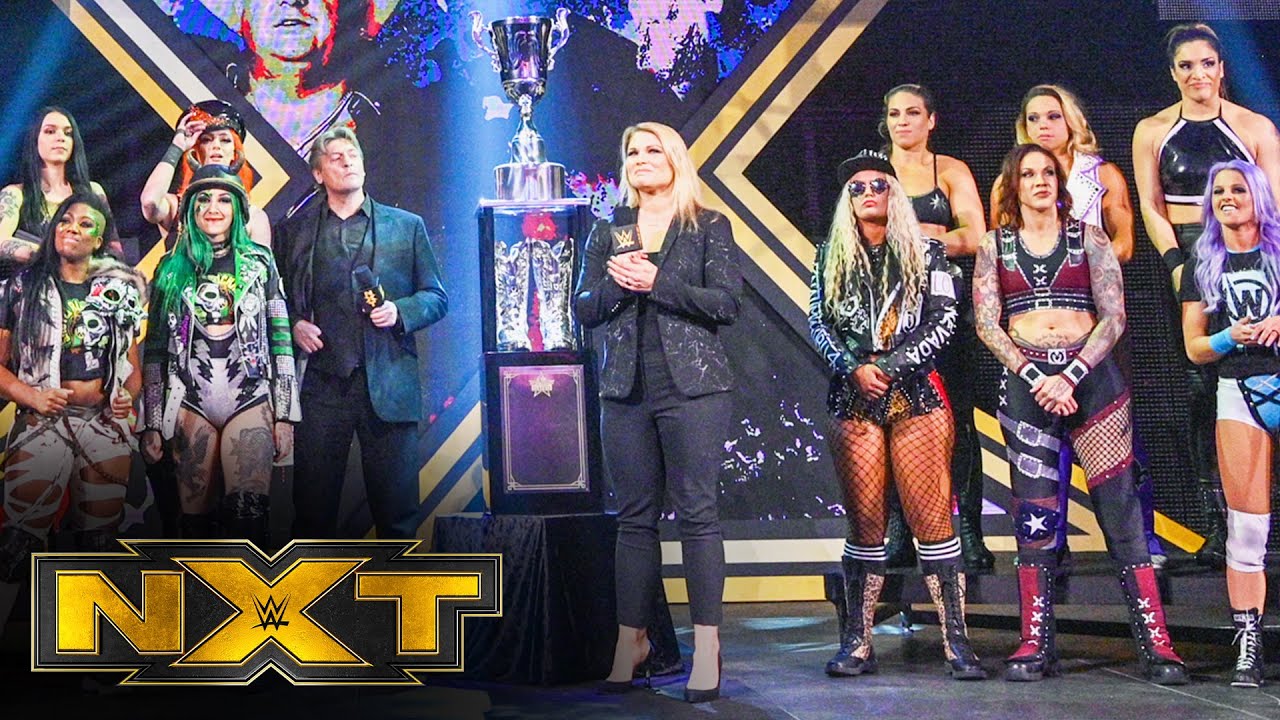 Beth Phoenix, the WWE Hall of Famer and NXT commentator, had an interesting Twitter exchange with AEW commentator Excalibur tonight.

After WWE NXT and AEW Dynamite went off the air, Beth posted a picture of NXT’s announce team — which also includes former WWE Intercontinental Champion Wade Barrett and Vic Joseph — and stated that her squad can “beat up” AEW’s commentators.

In his response, Excalibur wrote, “Wanna put $5 on it? #AEWDynamite” along with a picture of him, Taz, and Negative 1 [Brodie Lee Jr.] at the AEW commentary desk. AEW’s announce team otherwise includes Jim Ross and Tony Schiavone.

Beth responded, “Those pipes are illegal weapons!!! No fair!!!”

Sorry, had to bring in the heater!