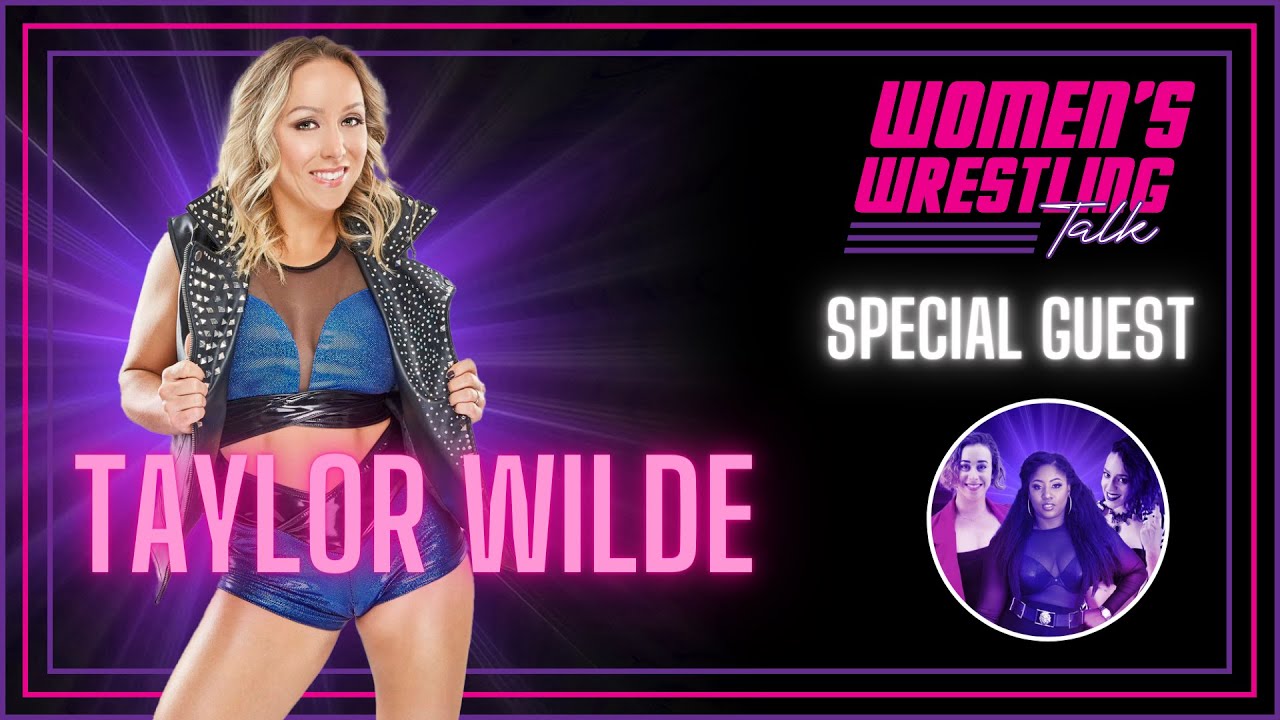 Taylor Wilde was one of the rising stars in women’s wrestling while in TNA as she ranked as the No. 10 female wrestler by PWI in 2009. She won three TNA championships including being a one-time Knockouts Champion but she decided to retire early in 2011 to pursue another career.

However, there have been rumblings since June 2020 of a potential comeback for Wilde and she revealed more details in an interview with Women’s Wrestling Talk.

“I can say I am signed to a promotion and I will be back on TV,” revealed Wilde. “Due to the political climate as it is – and a bunch of administrative boring stuff – I’m not able to start this month, but hopefully next month. I’m still gonna leave the promotion as a surprise as it will just be better for everybody. It’s a little bit of a surprise.

“I’m not gonna say that it’s not – it’s not starting with the letter I. Okay… But it’s also not starting with the letter A or W. I’m just going to leave it in the wind. I don’t know. I will say though, that this promotion has a strong ass women’s division, and so, I’m excited to be a part of it. Like these are all women I haven’t had the chance to work with since I’ve retired. These are all the new generation and it’s a really exciting place to be right now.”

If it doesn’t start with I, A or W, then that rules out Impact, AEW and WWE. Wilde did previously have a short stint in WWE’s developmental territory, Deep South Wrestling, before being transferred to FCW. She’s also spent time on the indie circuit and there she developed a friendship with someone she would later share time with in TNA.

“And then when I started working for WWE, actually, I guess it was through the indies… I had met Samoa Joe… and he is like my big brother. We fell in love in a totally platonic way… And that man makes me laugh like no one can make me laugh,” said Wilde. “Like that guy – I love my husband – but it is just a totally different relationship. So, he’s always been my person. That’s all I can say.

“I think the biggest thing is and it’s simple, but it’s just always you have to be your own biggest advocate…. As a woman in the business, especially off the back of that Divas Era, and being in my early 20s, I’m having to grow up in the business in my formative years… I never really stood up for myself. I never really stood up for my worth. And he [Samoa Joe] always instilled that and it seems so natural for him. And it shouldn’t have been masculine, feminine, male or female. It’s just, you know, you’ve got to fight for what is yours.”

Shortly after leaving the wrestling business in 2011, Wilde completed a certification in firefighting. She then became a full-time firefighter in 2015 and that’s currently her line of work. Going from pro wrestling to fighting fires might not seem like the normal transition to make but Wilde discussed how wrestling helped prepare her for being a firefighter.

“I was on the road every two weeks. So, I was looking for something that gave me the same level of fulfillment that was just as exciting, but was something stable and consistent and felt normal, for lack of better term,” said Wilde. “Like running into a burning building when everyone’s running out isn’t everyone’s cup of tea of normal! So, I looked into all the emergency services and I knew that I wanted to do something that I could give back to the community…”

Because it’s been a decade since Wilde stepped into a ring, there are numerous younger women’s wrestlers who she never got a chance to lock up with. Even though Wilde is no longer in the business, she still keeps tabs on the women’s wrestling scene and was asked who out there she would most want to work with.

“Io Shirai, like hands down. I am so infatuated with that woman, like as talent. There has not been a competitor to date that can move the way she moves in terms of like, she is good absent of gender,” stated Wilde.

There are some similarities between being in a wrestling locker room and being in a fire station, but there’s no posturing when you’re putting your life on the line to fight fires. Wilde talked about how being a firefighter has changed her for the better.

“So, I learned how to be one of the guys without losing who I am. I don’t swear anymore. I don’t pretend to be tougher. I am who I am. And I’m hoping that part of my personality will help ease other women into the fire department or a career in fire,” said Wilde. “And then of course, just being a wrestler helped me transition into the fire hall for the guys because my nickname for years was just ‘the wrestler.’ You know, it kind of desensitized me in a way…”