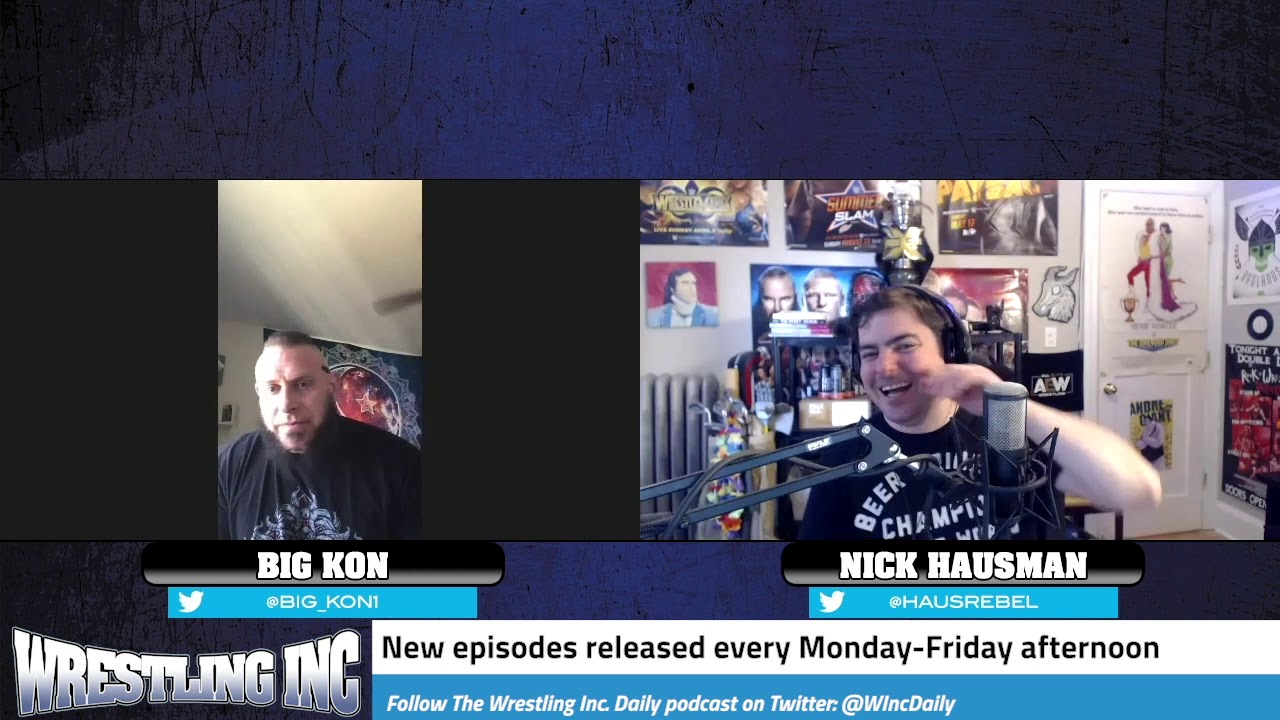 In the summer of 2017, Breezango [Tyler Breeze & Fandango] and The Ascension [Konnor & Viktor] had a brief rivalry on SmackDown Live which culminated with the teams becoming on-screen allies. The Ascension turned babyface in the process and eventually appeared as supporting characters in Breezango’s “Fashion Files” segments. Although the storyline didn’t last long, it got a lot of fans talking and produced some hilarious skits.

During a recent appearance on The Wrestling Inc. Daily podcast, Konnor reminisced over The Ascension’s last real run on WWE’s main roster before their eventual release in 2019.

“You could tell we were having fun,” recalled Konnor. “It was refreshing. When you build a relationship with people you specifically love to work with, it makes it that much better.  Johnny Curtis [Fandango], Tyler Breeze, and us, we all grew up together in the developmental system.

“Me and Mike Knox actually took Fandango off the streets and into our house. We were always big supporters of him. You build this camaraderie, and when you get the opportunity to work together, it makes things so much better,” added Konnor.

During the podcast, Konnor also touched upon how much fun WWE’s writers were having while writing Breezango’s skits. Konnor recalled one specific over-the-top sketch which he thought was doomed to fail.

“I remember Dango going, ‘well boys, this is the one that’s gonna sink the ship.’ But we did the skit anyway, and it ended up making national headline news. It was the one where I was pouring syrup on the wall, Breezy started pouring mud out of a coffee mug or something. I couldn’t believe the segments were getting so much attention.”

Konnor went on to explain why the angle was eventually dropped.

“Once we got attention, things started getting a little awkward because a lot more people wanted to be involved. You could see when it went from fun to just pushing away a little bit, it didn’t feel organic anymore.

“That was because people wanted to put their hands into it. That’s when it dissipated and that was a bummer,” lamented Konnor.

When asked if The Ascension could potentially return to NXT to work with Breezango again, Konnor said, “Anything is possible but right now I am enjoying being a Dad and coach right now. I put a lot of years into that company. I’m taking a breather.”

During the podcast, Konnor also spoke about his early years in WWE and credited John Laurinaitis for discovering him in 2004.

“We met at an arena and chatted for a little bit. It was one of those things, I had no idea it was an interview,” recalled Konnor. “I remember seeing Steve Austin, The Rock, Booker T and JBL just walking around. Randy Orton was a young stud. I had no idea what was going on but was happy to be there.”

Konnor, who was doing window and door construction work at the time, was informed by a lady from the Northeast that Tommy Dreamer had been trying to get in contact with him “for a couple months” to discuss a future in wrestling.

Konnor also spoke about going through the pre-developmental experience with WWE.

“I wouldn’t say it was mentally taxing because I just rode the waves. I don’t fight the process. For me, it was cool to work with guys like Dr. Death and Brad Armstrong, who I grew up as fans of.

“You get all this experience and people to help out. Every once in a while, Fit Finlay and Paul Heyman would come in and talk to the guys. How could you not love that? Some days the body would be beat up after 4-hour training sessions, but eventually you get used to it. You acclimate yourself to it.”

The Awakening (fka The Ascension) battle The Headbangers for their Atomic Revolutionary Wrestling Tag Team Championships on Friday February 19th. You can find more info by following ARW on Twitter @WrestlingAtomic.

Konnor’s full interview aired as part of a recent episode of our podcast, The Wrestling Inc. Daily. Subscribe to get the latest episodes as soon as it’s released Monday – Friday afternoon by clicking here.

Previous
Bobby Lashley On Brock Lesnar Match: “I Heard It’s Not Happening Several Times And I Don’t Know Why”
Next
Coach Recalls His First WWE Assignment With The Rock