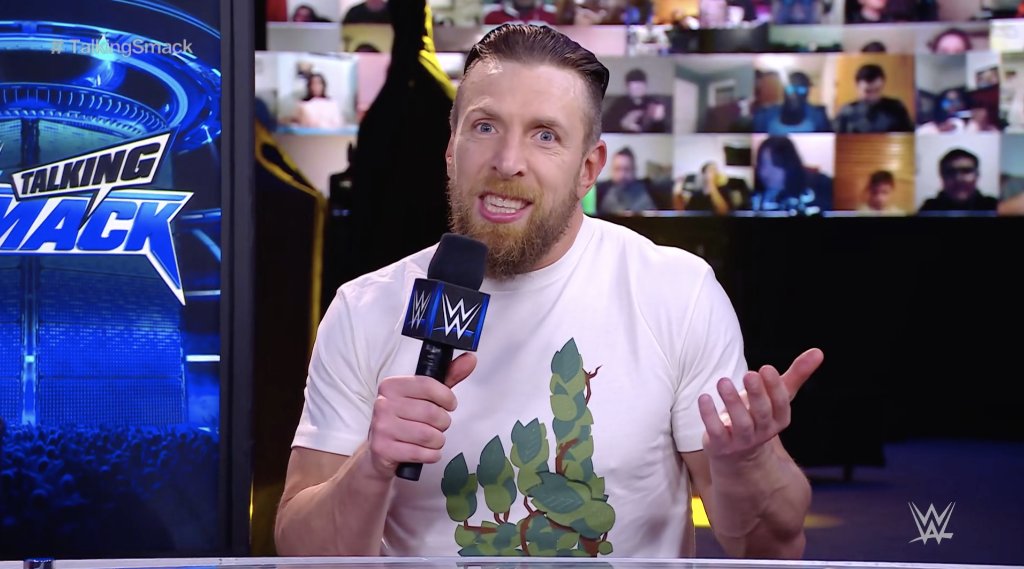 Before heading into what could be a historic moment for him tomorrow in the Men’s Royal Rumble, Daniel Bryan is still determined to come out with his first-ever Rumble victory. This week on Talking Smack, the former WWE Champion spoke with panelist Kayla Braxton and Paul Heyman on his strategy towards becoming the future main event attraction at WrestleMania.

While listening to Bryan’s game plan, Heyman made it known with his body language that he was more than uncomfortable to see WWE’s biggest underdog possibly go after his “Tribal Chief” Roman Reigns in a future title match — if Reigns can keep his title against Kevin Owens. Bryan took it upon himself to address Heyman’s nervousness by asking him a hard-hitting question.

“Paul is capable of having his own opinion. I’ve always been interested in Paul’s opinions because, like I’ve said before, he’s a genius when it comes to this industry,” Daniel Bryan commented. “But the difficulty is trying to find out his true opinion.

“So, I’m going to ask you: Was there ever a point in my entire career where you thought I was the best?”

Heyman spent several minutes in silence trying to figure out how he was going to word his reply. He finally gave his answer, and it was a mouthful.

“I think if you get that taste of glory again; if you taste that WrestleMania main event again, come on. It’s so intoxicating. You’re going to want that over and over again. On the given night that you step into the ring with Roman Reigns, if you are the best on that evening, we’re screwed. Do I think you’re the best right now, bluntly? No. I think Roman Reigns is the best of the best. Do I worry that I’m wrong and that you’re capable of proving on any given night that you’re the best? Yeah.”

After Heyman gave his honest opinion, Bryan pushed the envelop further by comparing him and Reigns’ legacies among the WWE Universe and why fans would prefer to see Superstars like Bryan as the top-guys in WWE.

“I appreciate it that, Paul. But there’s a couple of things that you got wrong,” Bryan noted. “I’m not interested in glory. I’m not interested in the adulation of the fans, despite all the ‘Yes’ chants…I think you’re right, Roman Reigns is the best right now. But he doesn’t wrestle with his heart. It’s a facade; it always has been. I have a theory on why [the fans] connect with me: I put my heart out there.”

You can watch Daniel Bryan’s full interview on the WWE Network. If you use any of the quotes in this article, please credit Talking Smack with a h/t to Wrestling Inc. for the transcription.