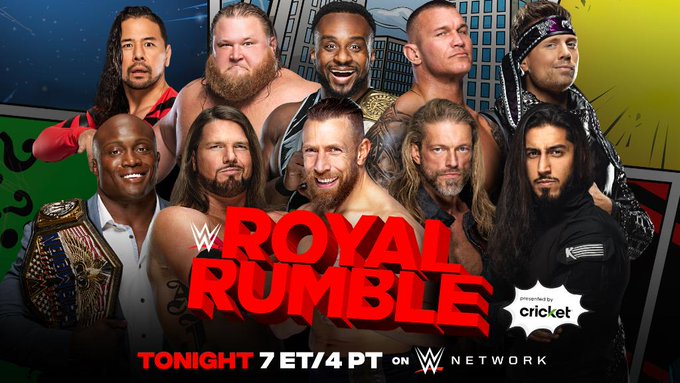 Below are the updated betting odds for tonight’s WWE Royal Rumble PPV.

Drew McIntyre looks to be safe to retain the WWE Championship, currently at -300 to Goldberg’s +200. The only championship that could potentially change are the WWE Women’s Tag Team Titles with Nia Jax and Shayna Baszler currently at -200 to Asuka and Charlotte at +150.

For the Men’s Royal Rumble, a surprise return for Seth Rollins could mean big things as he’s currently favored to win at -125. Daniel Bryan is in second at the moment at +200.

Note: the (-) means that wrestler is favored, the (+) is for the underdog.