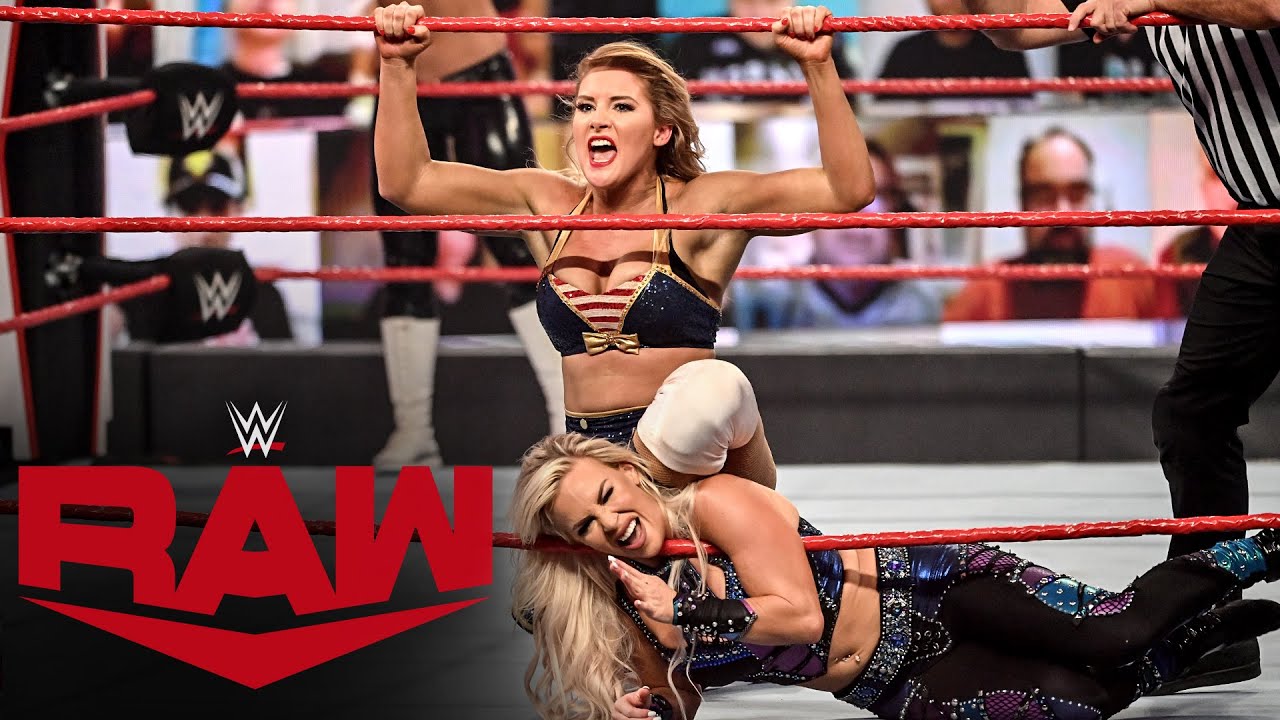 There was a shoot count out finish during the six-woman tag team match on Monday’s WWE Royal Rumble go-home edition of RAW on the USA Network.

The match saw Mandy Rose, Dana Brooke and WWE Women’s Tag Team Champion Charlotte Flair go up against Nia Jax, Shayna Baszler and Lacey Evans. The six-woman match was made after Flair vs. Baszler in singles action ended in a DQ due to interference by Jax.

The six-woman tag team match awkwardly ended in a count out as Flair was bringing Baszler back into the ring. PWInsider reports that the referee legitimately counted Baszler out. After the bell, the winners regrouped as Evans yelled at the referee for the count. RAW then went to a commercial break and came back to the six-woman match back underway.

While the six-woman match restarted, WWE aired video that showed Adam Pearce coming out during the commercial break. WWE was forced to send Pearce out to improvise, and order the referee to restart the match after the heels complained. The match went on for several more minutes and ended with the heels getting the win after Jax pinned Brooke with a stiff chokeslam in the middle of the ring.

On a related note, there was some concern over Brooke’s condition after she took the rough chokeslam bump from Jax. PWInsider reports that Brooke was said to be 100% OK backstage after the match.

Above and below are a few related shots from the match on RAW:

Previous
Randy Orton Hits Alexa Bliss With The RKO, No Royal Rumble Announcement On Orton Vs. The Fiend
Next
Chris Jericho Reacts To Jim Cornette Calling Him “A Filthy Human Being”