In the aftermath of Dolph Ziggler and Robert Roode capturing the SmackDown Tag Team titles from The Street Profits on last night’s Friday Night SmackDown, Erik and Ivar of The Viking Raiders took to social media to tease their return from injuries.

While responding to an Instagram post about Ziggler and Roode’s victory, Ivar posted three eye emojis and Eric reacted with thinking emojis.

Erik and Ivar have been out of action for several months. While Ivar underwent neck surgery back in September, Erik had surgery on his arm a month later. At the time of Ivar’s surgery, he was expected to miss significant time. However, Erik had elective surgery to get surgical hardware removed from his arm, something he’d delayed for a long time.

It should be noted that The Viking Raiders were drafted to RAW during the 2020 WWE Draft back in October.

See below for a screenshot of their Instagram posts: 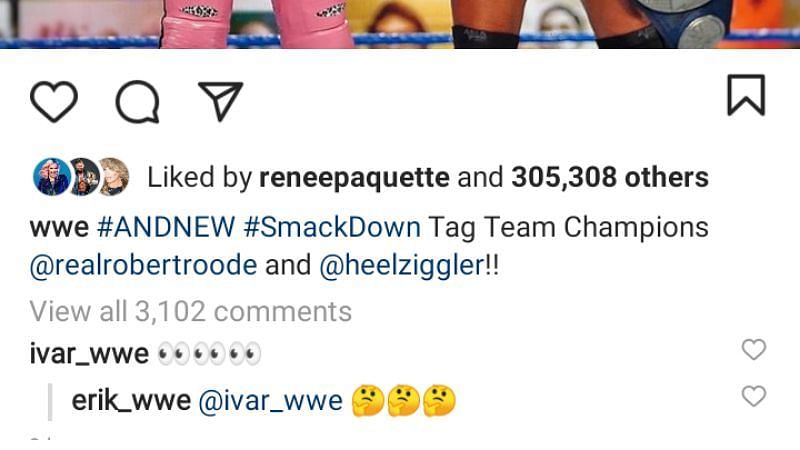