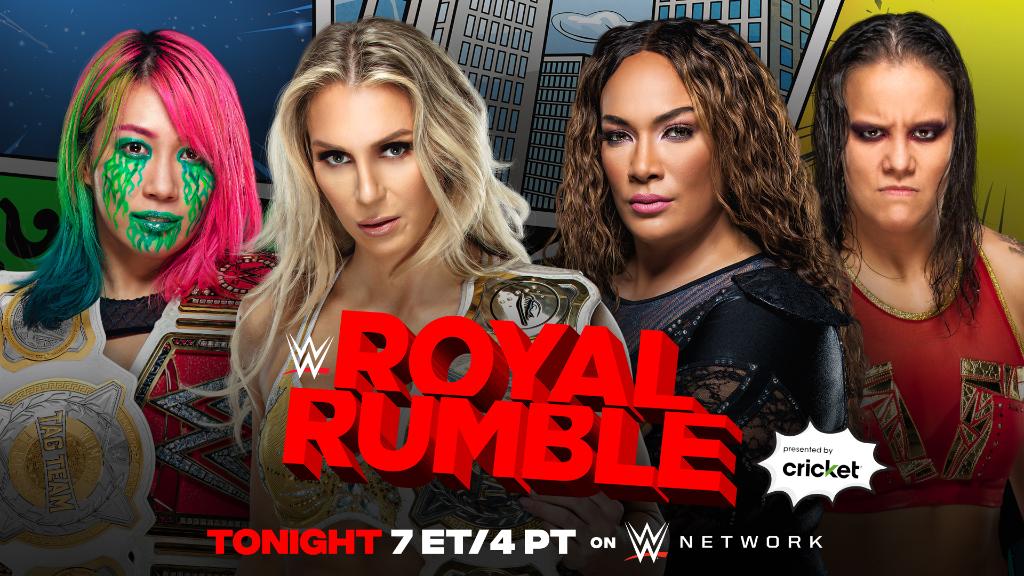 WWE Women’s Tag Team Champions Charlotte and Asuka vs. Nia Jax and Shayna Baszler has reportedly been moved to the Royal Rumble Kickoff, according to PWInsider.

The move would leave five matches on the main card — two rumbles, and three title matches. As of this writing, WWE has yet to officially announce the change.

Through WWE’s social media, Elias also announced his entry into the Men’s Royal Rumble. 22 entrants have been announced for the match.

The Royal Rumble Kickoff begins at 6 pm ET, and the main card starts at 7 pm ET.

Tonight, @IAmEliasWWE is planning on singing his way to victory in the Men’s #RoyalRumble match! pic.twitter.com/IS8X3tPaDp