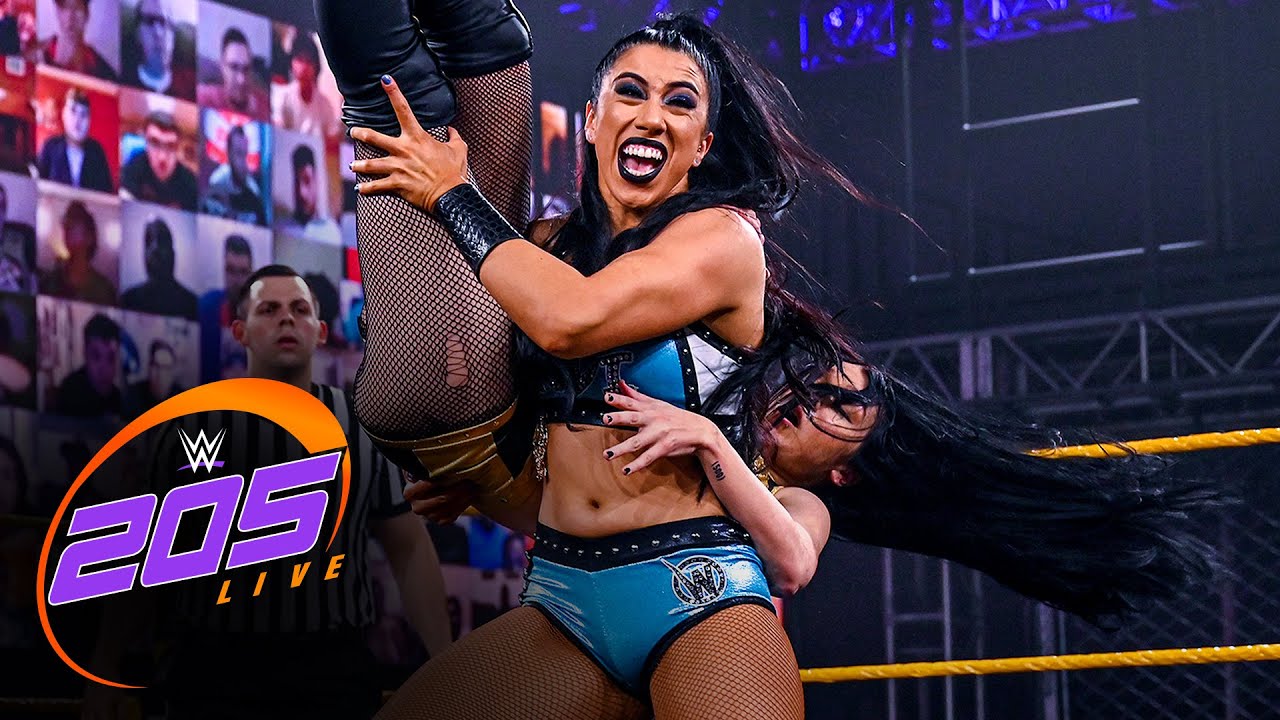 Welcome to Wrestling Inc’s WWE 205 Live recap! Tonight’s action-packed show will take place right after Friday Night SmackDown at 10 PM EST on the WWE Network. Be sure to chime in on your thoughts about tonight’s show in the comments section below. Additionally, share our live coverage through social media. Make sure to click the REFRESH button to continue to get the most current up to date coverage.

Footage of Wednesday’s NXT, which saw NXT women’s champion Io Shirai return to cost Mercedes Martinez and Toni Storm their first round matchup in the Dusty Rhodes classic. As for the men…the Lucha House Party snuck past Imperium and KUSHIDA and Leon Ruff won in a shocking upset over Johnny Gargano and Austin Theory. Also shown was Timothy Thatcher and Tommaso Ciampa taking the final spot in the Dusty Classic after Karrion Kross ran through Ashante “Thee” Adonis.

Vic Joseph and Nigel McGuinness welcome us to another edition of 205 Live from the Capitol Wrestling Center. Joseph reminds us that this is another unique episode as more action from the Dusty Rhodes classic will continue tonight. The Way (Candice LeRae & Indi Hartwell) are out first, followed by their opponents…newcomers Gigi Dolin and Cora Jade. Commentary tells us that this is the first women’s match in 205 Live history.

Hartwell and Jade begin. Hartwell whips Jade to the mat but Jade lands a series of axe-handles to Hartwell’s gut. Quick tag to Dolin…she lands a pump kick and a big elbow to Hartwell’s jaw. Hartwell gains control and brings in LeRae. LeRae chokes Dolin in the ropes…Dolin forces LeRae to her team’s corner and brings Jade back in. Huge running knee by Jade and LeRae is rocked. Hartwell distracts Jade from the apron giving LeRae the opening to hit a running elbow. She slows the pace by cranking on Jade’s neck. Hartwell back in…huge sidewalk-slam for a nearfall. Quick tag to LeRae…snapmare and modified clutch and Jade is in trouble. She somehow breaks free and lands an uppercut to create separation. Dolin gets the hot tag. She unloads on Hartwell with a flurry of kicks, including another pump kick that nearly wins her the match. Jade and Dolin go for a double-suplex…Hartwell shows off her strength by blocking it, then hits a stalling suplex on Dolin. LeRae tags in and walks right into a series of pinning combinations from Jade. Hartwell blindly tags in…side bomb gets The Way the win.

After getting a look at the updated brackets we go to our first commercial of the night. Advertisement for the WWE Royal Rumble pay per view.

Commentary hypes up this week’s NXT on USA, which will feature NXT crusierweight champion Santos Escobar defending against Curt Stallion.

Main even time. Tony Nese and Ariya Daivari are out first…Tommaso Ciampa and Timothy Thatcher are second. Here we go.

Thatcher and Daivari begin. Tie-up. Thatcher immediately brings Daivari to the mat before locking in a side-headlock. He later transitions into an Indian deathlock, which he turns into a pinning combination for an early two. Daivari pushes Thatcher towards Nese…Nese tags in and school-boys him but Thatcher overpowers the smaller man easily. Ciampa tags in for his first action of the night. Arm-ringer into a headlock. Nese begins targeting Ciamp’s bad leg which was damaged by Thatcher from Wednesday’s Fight Pit. Nese finally sweeps Ciampa off his feet. Daivari adds to Ciampa’s pain by whipping both of his knees off the ring post. Inside the ring Daivari applies the figure-four…Ciampa drags Daivari towards his corner but Nese jumps in and knocks Thatcher off the apron before pulling Daivari and Ciampa back into the center behind the referee’s back. Ciampa eventually hits an enziguri and brings in the fresh Thatcher. He dispatches of Daivari and Nese easily with huge European uppercuts. Nese responds back with a his signature spingboard moonsault…Daivari out of nowhere with the frog-splash…Ciampa JUST breaks up the pin. Ciampa has fully recovered and gets the tag…Nese dropkicks Ciampa’s knee but he and Thatcher catch Daivari and Nese coming off the top. He drops Nese with the rope draping DDT to advance to round two.

Ciampa and Thatcher walk by the trophy and look at each other as they exit the arena.