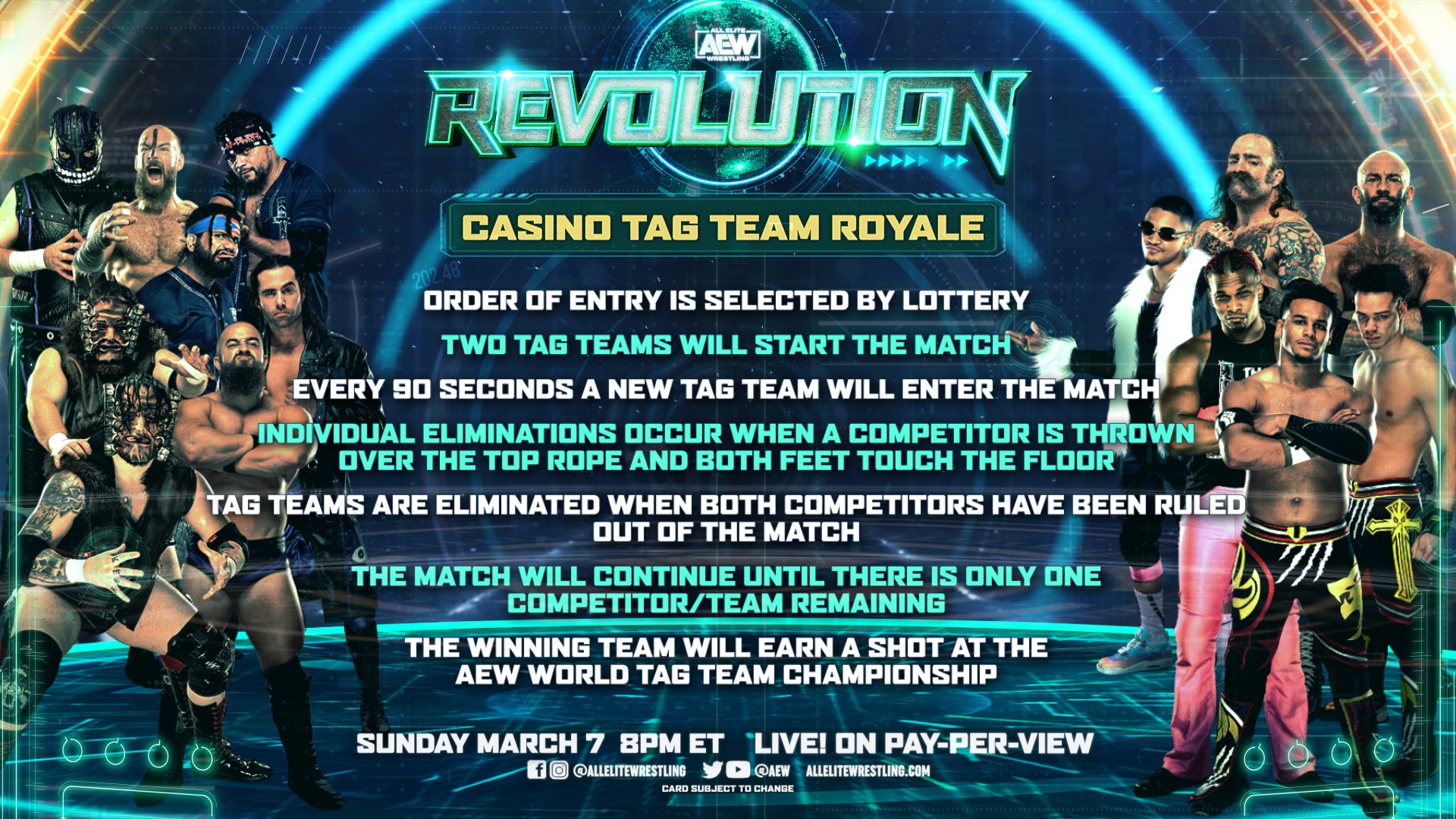 AEW announced tonight the rules for the Casino Tag Team Royale match that will be taking place at the Revolution pay-per-view on March 7.

The rules are the following:

* Order of the entry is selected by lottery.

* Every 90 seconds a new tag team will enter the match

Below is the line-up for Revolution so far:

* Face of the Revolution Ladder Match for a future AEW TNT Championship match: Cody Rhodes (with Arn Anderson) vs. Scorpio Sky vs. Penta El Zero Miedo vs. Lance Archer (with Jake Roberts) vs. Preston “10” Vance or Max Caster vs. TBA

Here are the rules for the #CasinoTagTeamRoyale. 1 team will earn a future shot at the #AEW World Tag Team Championship, but to do so, they’ll have to outlast some of the top teams in #AEW at Revolution. Watch #AEWRevolution Sunday, March 7 Live on PPV 8pm on all major providers pic.twitter.com/JSTBgCRmHo