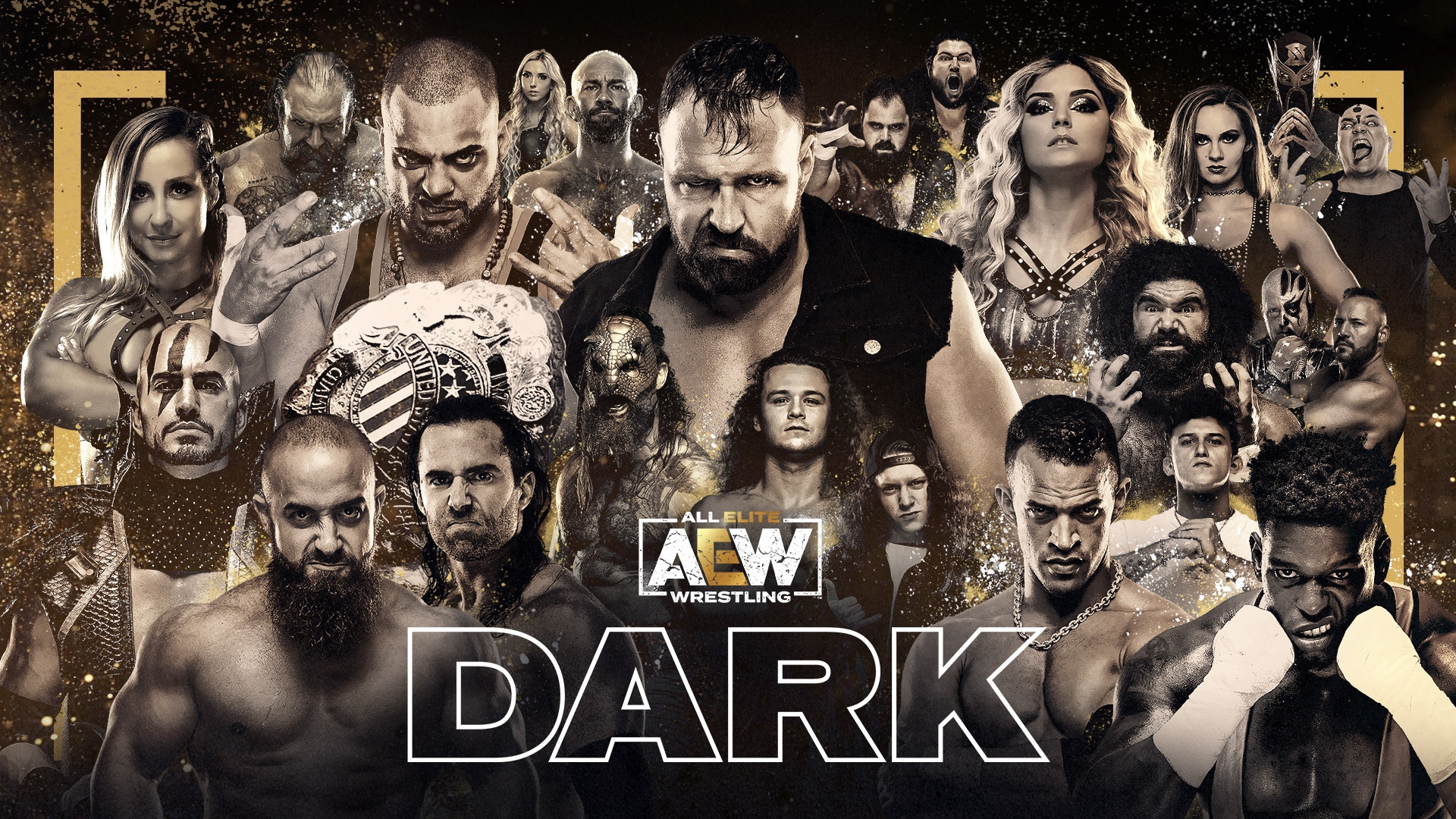 Welcome to Wrestling Inc’s recap of AEW Dark, which airs every Tuesday at 7 PM EST on AEW’s YouTube Channel. Be sure to chime in on your thoughts about tonight’s show in the comments section below. Additionally, share our live coverage through social media. Make sure to click the REFRESH button to continue to get the most current up to date coverage. Below is what’s on tonight’s agenda:

This Tuesday on #AEWDark, we have a loaded twelve matches featuring debuting athletes, The IWGP United States heavyweight champion Jon Moxley is in action, and much more.
WATCH #AEWDark Tuesday night at 7/6c ➡️ https://t.co/aiEX3sKHFy pic.twitter.com/pyxmYHtN5a

– Excalibur, Taz and Anthony Ogogo welcome us to another packed episode of Dark.

Cruz goes at Moxley right away with a dropkick and some punches in the corner. He follows up with a head scissors. Moxley catches Cruz’s splash and hits a German Suplex. Moxley then turns Cruz inside out and follows up with some strong kicks and elbows. Moxley covers, but Cruz kicks out at two. Moxley with a heavy chop in the corner as he brings Cruz on top and rakes Cruz’s back. Cruz gauges Moxley’s eyes. He misses a top rope splash and meets a rolling elbow. Cruz fighting back, but Moxley catches him and locks in a guillotine choke. Cruz is knocked out and the ref calls the match.

Serpentico and Boulder start the match as Luther’s distraction fails as does Serpentico’s offense as he just bounces off Boulder. Boulder shows off his strength with a Gorilla Press. Bronson tags in and slingshots Boulder onto Serpentico followed up with a shoulder tackle. Bronson stretching out Serpentico, but Luther comes in and takes out Bronson to the outside as the referee is distracted.

Serpentico hits a splash, cover but only gets two. Luther takes in and bulldogs Serpentico on Bronson! Luther counters Bronson’s punches and takes in Serpentico as he targets Bronson’s left leg. Serpentico isn’t able to get a single leg crab so he tags in Luther who smashes Serpentico’s face onto Bronson. Serpentico tags back in, but Bronson counters an combo Irish whip attempt.

Boulder tags in and takes out Chaos Project with a series of clotheslines and body slams. Boulder hits a DDT / Samoan Drop combo on Chaos Project. Bronson tags in and tries to go up top, but Luther intercepts. Luther takes out Boulder on the outside as Serpentico takes down Bronson and hits a senton atomic, cover 1-2-no!

Bronson tries to fight of Chaos Project but the numbers game is too much. Boulder intercepts Creeping Death allowing Bronson an opening. Bronson piledrivers Serpentico onto Luther! Boulder tags in as Bronson goes up top. Assisted splash from Bear Country gives them the win.

Jake St. Patrick & Sage Scott vs. The Butcher And The Blade (The Blade & The Butcher) (w/The Bunny)

Shanna starts to build some distance, but Michelle counters with a big shot. Michelle twisting around for an arm bar, but Shanna counters and drops Michelle. She follows up with a few clotheslines then a flurry of chops in the corner then an elbow. Big running elbow then an Angels Wings, cover but Michelle kicks out at two. Shanna rolls up Michelle but only gets two. Huge Stunner from Shanna! She follows up with a running dropkick then a Tiger Suplex for the win.

Reynolds and James start things out with a quick back and forth in favor of Reynolds. Double hip toss then a roll through to flatten James from Dark Order. Silver running the ropes and taking down James. VSK tries to get a kick in and blindsides Silver with a right hand allowing James to hit a falling neckbreaker. VSK tags in and hits a neckbreaker then a running knee strike combo with James.

Silver flips over and tags in Reynolds. Running back elbows then a dropkick from Reynolds. Big elbow then a suplex to follow up. Siler tags in and intercepts James and takes him out. Dark Order hit Dark Destroyer for the win.

Conti tries for an armbar but Vertvixen counters with a roll up. Conti then goes for a few Judo throws followed up by a kick to the face sending Vertvixen to the outside. Vertvixen runs into Anna Jay, and Vertvixen uses the distraction to her advantage. Vertvixen catches Conti with a kick, but Conti follows up with a knee strike. Conti then hits a running knee to the corner then another running knee. Conti then rolls through and gets a chokehold on Vertvixen forcing her to tap.

An exchange of holds ends with Kingston getting the side headlock in. Solow counters his way out with a head scissors, but Kingston reaches the ropes. Kingston powers Solow into the corner. He misses a chop as Solow lands a few punches, but Kingston drops him with a shoulder tackle. Kingston hits an elbow drop and only gets one on the cover. Kingston grabs Solow’s hair and rakes his boot onto Solow on the ropes.

Solow goes up top, but Kingston meets him and nails another powerful chop. Kingston then hits a headbutt and goes up top. Solow hits his own headbutt sending Kingston down. Diving foot stomp, cover, and Kingston kicks out at two! Kingston hits some palm strikes to build some distance then a knee lift followed up by a spinning back fist for the win.

Navarro hops into the ring, and Starks hits a spear for the win!

– Ricky runs over to commentary and does play-by-play of the replay.

Misterioso goes up top for a moonsault, but Cutler gets the boots up. Cutler counters Misterioso int he corner and hits a roundhouse kick followed up by an enzuguri, cover but another two count for Cutler. Culter dumps Misterioso outside, and Cutler nails a tope suicida! Cutler hits a springboard crossbody, cover 1-2-no! Misterioso tries to build some distance, but Cutler counters and hits another crossbody, cover and another two count.

Hobbs starts off quickly with a splash in the corner. Hobbs hits Town Business for the win with Team Taz celebrating on commentary.