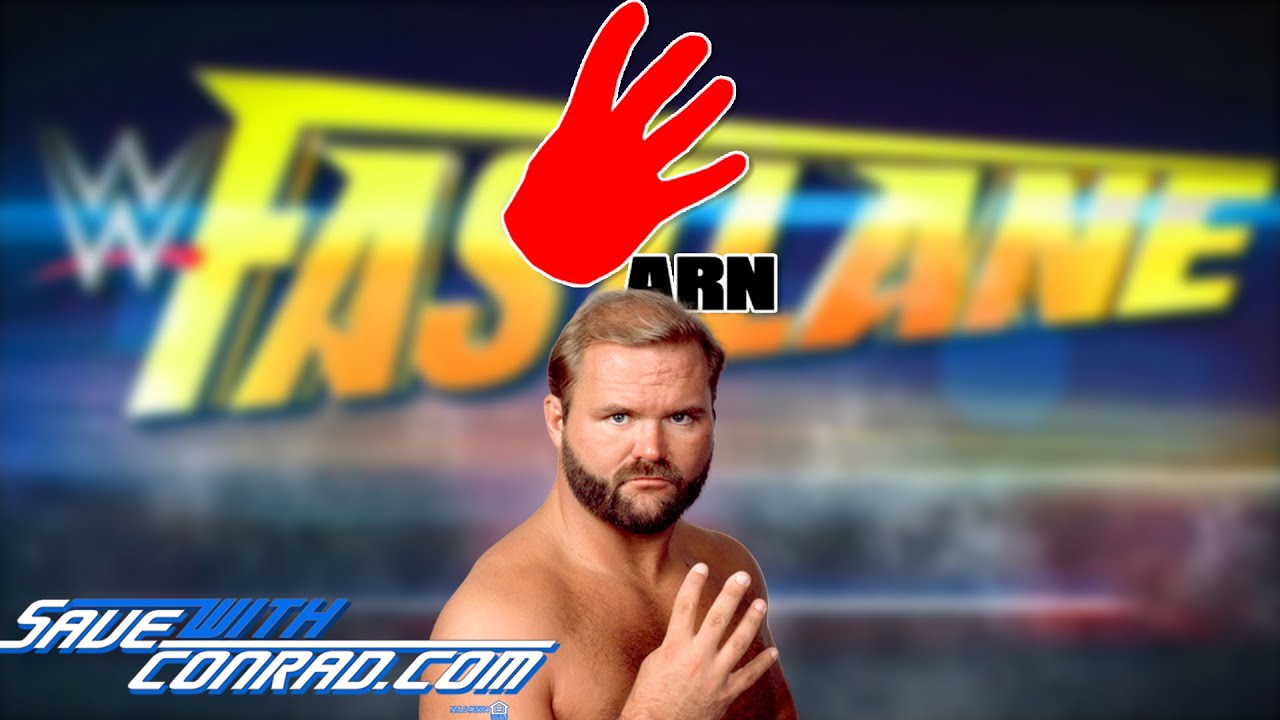 On the latest episode of the ARN Podcast looking back at Fastlane 2016, Arn Anderson discussed WWE’s Road to WrestleMania from January to April every year. Anderson said he’s always thought they never needed to have any pay-per-view in-between Rumble and Mania, and noted that Fastlane was an afterthought.

“There wasn’t much time between the Rumble and WrestleMania, probably not enough” Anderson said. “It always felt like after the Rumble, the WrestleMania main event was set and you were pretty much now in a position where we got our main event, now let’s start filling the blanks around it.

“When you had to immediately build to Fastlane, as soon as Fastlane was over then you had a rushed build to WrestleMania. I just felt like that was one pay per view that was jammed in there that we could’ve done without.”

Anderson felt that Fastlane was a pay-per-view that was unnecessary and made the road from Rumble to Mania feel shorter. He said in a perfect world, having four pay-per-views a year without having to fly to different cities one day every month on a Sunday is ideal.

“It always felt too me it was just crammed in there,” Anderson said. “I love that pay per view every 4 months and man, build it huge. It just seemed like to me that’s the one pay per view, once you had the Rumble, Fastlane could have easily went away and it wouldn’t have pissed anybody off.”

Arn discussed WrestleMania and how the show can’t be sold based around one match. He said when you’re dealing with so many people traveling across the world and trying to fill stadiums, you need the entire card to attract fans to buy a ticket.

“WrestleMania will never be sold on one match,” Anderson said. “It just won’t. One match will not draw a house these days. It’s hard to draw a house at a live event with just a single main event and nothing underneath it.

“WrestleMania has to have 7 or 8 matches that have value in order to sell that show because people are coming from around the world to see it. When you sell 100,000 tickets, that’s not based on one match. There’s a lot of interest in a lot of matches.”

In 2016, Daniel Bryan abruptly announced his retirement from wrestling in February on an episode of Monday Night RAW. On that episode, the roster was set to come out and pay their respects to Bryan, but during that moment a situation occurred with Titus O’Neil and Vince McMahon that reportedly almost cost Titus his job. Anderson described the situation being backstage at the time and said Vince may have overreacted due to tensions being high due to Bryan’s retirement.

“I think it being such a somber, real moment, that any other day it might not have been as bad,” Arn said, “But when Titus grabbed Vince by the wrist as he was starting to exit, it caught him off guard and he almost fell down. I think that embarrassed [Vince], it embarrassed him more than anybody else looked at it.

“In Vince’s mind it made him look bad, pissed him off right away, in his mind that was a big moment. Daniel was retiring, he probably thought to himself this is not a time to be goofing and it got out of control really quick and flamed up really quick. I don’t think Titus was thinking probably when he did it.”