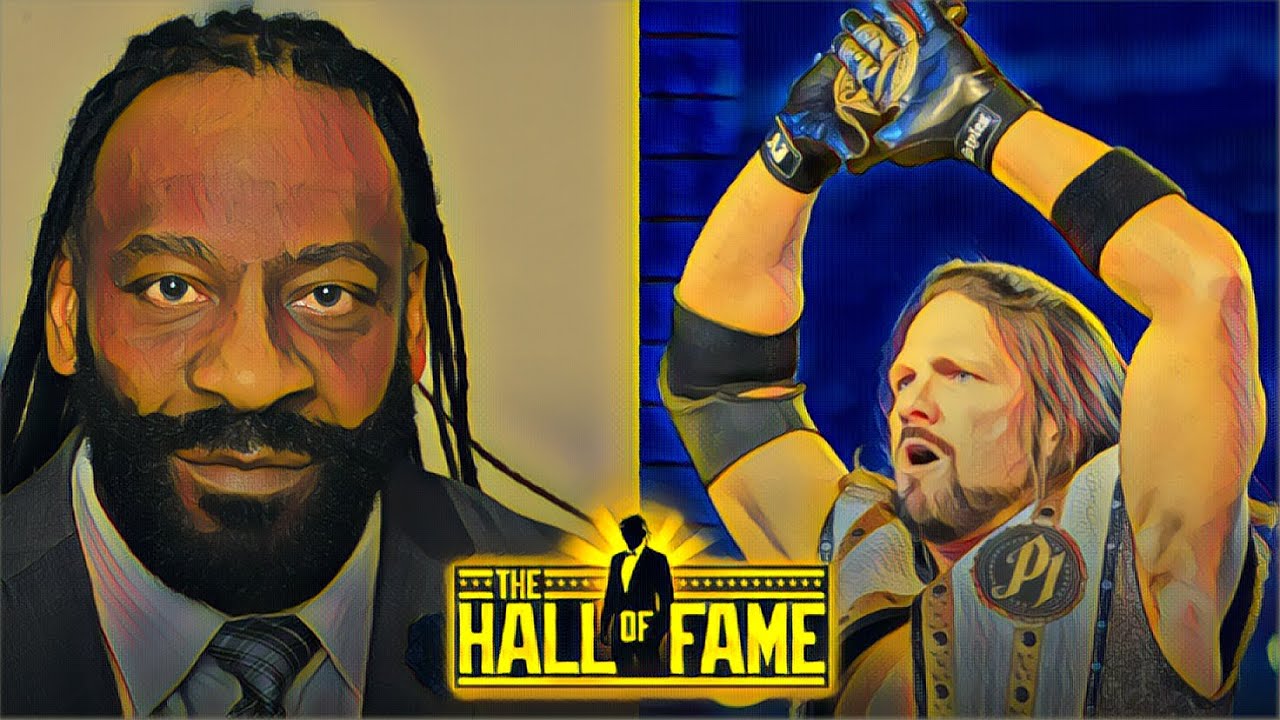 “I have one guy that I could have as my right hand man, and I’m starting a big promotion, it would be AJ Styles,” Booker T said. “Just because AJ Styles has been around for a very long time. AJ Styles is a guy who had the in-ring career, but he was there watching it back when WCW was at its end.

“AJ Styles was a guy in that locker room back then, he’s been a guy who’s on this journey for a long time. He’s a guy that’s well seasoned, gone all over the world. To have him affirm things for me would be very very important. That’s what I look for in trying to create a promotion, having guys like that around to be able to help me out.”

Booker T noted Styles’ evolution from being a high-flying wrestler early on in his career when he was with WCW and in TNA. He talked about being like AJ in that he would do crazy moves at the beginning of his career. He said that as time went on AJ learned how to tell stories, which believes is an issue with talent nowadays.

“AJ Styles, he’s that same type of guy. That’s what I think is the difference between some of those guys that continue to do that stuff well into their career not understanding man, I’m here now, I’ve got to work on the psychology side of the business. That’s what holds a lot of guys back once they finally make it to the mainstream roster.”

One of the more famous moves that Booker T was known for was the spin-a-roonie. Booker talked about where the move came from and why he continued to do it. He said it was a move that he could pull out at any time and get the fans into the match.

“I didn’t know where it was supposed to go,” Booker T said. “Once I started doing it, I realized that’s what people wanted to see more than anything was the spin-a-roonie. Of course they loved my wrestling, but the spin-a-roonie became something that had its own little wing.

Booker also mentioned that he came up with the spin-a-roonie due to The Rock’s famous People’s Elbow. He said seeing The Rock get so much attention by a simple move made him want to do something similar and mentioned how those theatrics are missing in wrestling today.

“You see The Rock doing The People’s Elbow and you say ‘Okay, wait a minute, I need to figure out something like that,’ “ Booker T said. “It ain’t rocket science. You gotta try and keep up with the competition.

“Being able to find that something to make the fans gravitate to it and know they’re going to get this every time they see them. To actually create something without even realizing and make you feel a part of it, that’s the psychology of wrestling truly is and I think that’s what’s missing [today].”

If you use any of the quotes in this article, please credit The Hall of Fame Podcast with Booker T with a h/t to Wrestling Inc. for the transcription.