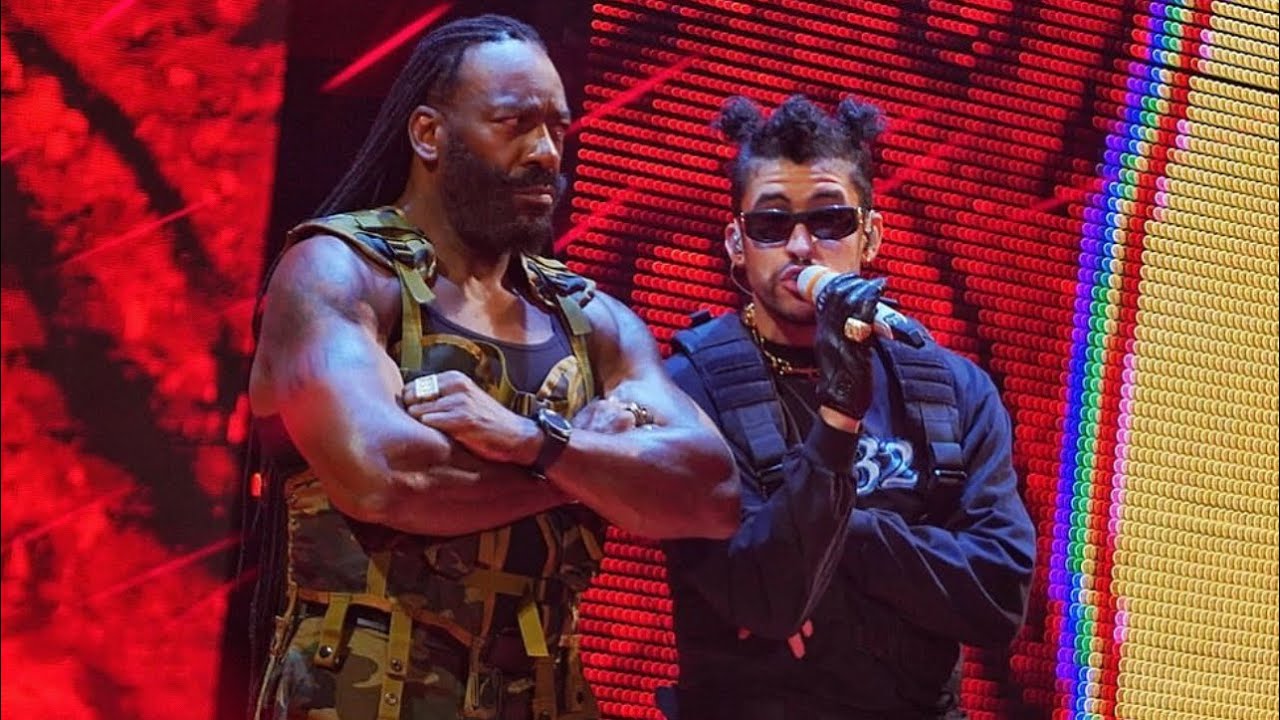 On a recent episode of the Hall of Fame Podcast, Booker T talked about his performance at the Royal Rumble with singer Bad Bunny. Booker T mentioned how cool it was for him to be featured in a song by a top artist. He noted that Bad Bunny was a fan of King Booker during his youth and wanted to show his appreciation for a character he grew up loving.

“It was definitely a first, something I never thought about doing,” Booker T said. “Bad Bunny, that young kid, doesn’t even speak english but he saw a character on television and he goes what’s this? He was watching me in the King Booker era. To see a kid like Bad Bunny come to where he is in his life, where he is the hottest artist if not one of the hottest, doing it as big as he is, wanting to represent me says a whole lot.

“There again, there’s been a lot of wrestlers and he chose me to do that for. To put me on another level, mixing with a totally different genre really is amazing. I’m humbled to the utmost [degree] to be a part of something like that. To be on stage [at] Royal Rumble, it really doesn’t get any bigger than that as far as exposure goes.”

Booker T noted that he and Bad Bunny aren’t best buddies after their performance. He noted that it’s all love every time they’ll see each other, but their friendship is just business.

“I never try to get in peoples space like that,” Booker T said. “I never try to jump in somebody’s world just because they look up to me and admire me and then we do a project together and all of sudden I think that we were friends. I don’t look at it like that at all, it was definitely a business arrangement, I’m humbled that he chose me to do it and then big ups when I see him, it’s all love.”

Booker T mentioned how excited Bad Bunny was to be in the WWE when they were rehearsing their segments for Royal Rumble. He said you can just tell he wants to be involved with the WWE and showed his passion that night and on RAW the following night.

“I could definitely see his vibe and the way he felt,” Booker T said. “He was ready man, he was running around like crazy. I had so much fun doing the song and then doing the segment with him, but I did not want to take any shine away from him or anything like that.

“To see how he went out there and held his own as far as The Miz and Morrison [interaction during the Rumble match] and then with Damian Priest [on Monday Night RAW], I thought it was great. I thought with me being anywhere near him would’ve taken something away from him, so I blessed him and said after we did the song and let him know it’s all on you as far as what happens here going forward. I think Bad Bunny did a good job.”