Booker T Opens Up About Controversial Loss To Triple H At WrestleMania 19, If He Wants A Rematch 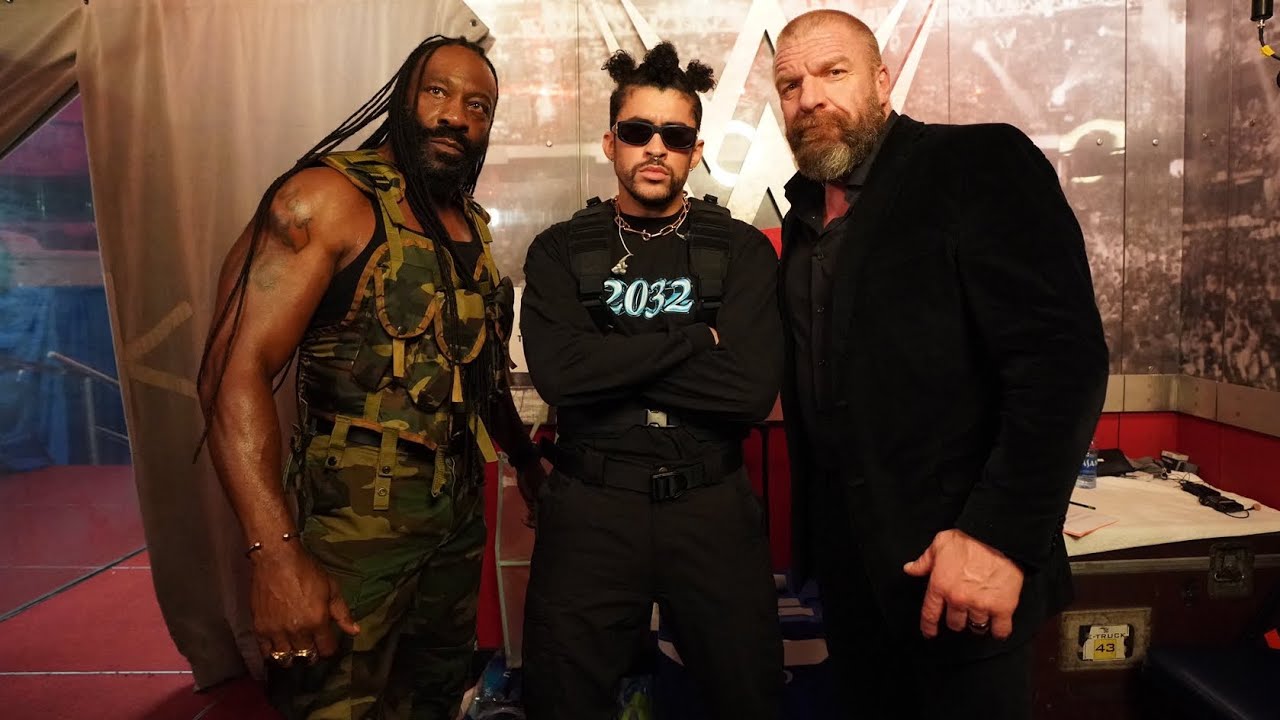 On the latest episode of The Hall of Fame Podcast, Booker T discussed a potential return to WWE as an in-ring wrestler. Booker said he’d be open to the idea in Saudi Arabia because that’s where the big money is made in WWE.

“If Booker T vs. Triple went down, it would have to be in Saudi [Arabia] because [WWE] are passing out big checks [to wrestle there],” Booker T said. “For me to get in the ring, the situation would have to be right. I would want to get paid. Somebody might say I’ve wrestled at my place, and yeah that’s my place and my job to teach my students and show them how it’s done sometimes. But yeah I would love to have another match, situations right, with Triple H.

“The thing about that match [at WrestleMania 19], of course the ending wasn’t what most of the majority of the fans that night were wanting. So many people wanted me to win that night, I remember a couple of the office guys said, ‘Book you should have won tonight.’ Well, you wrote it. You had a piece of it, why didn’t you speak up?”

Booker T appeared at this past weekend’s Royal Rumble alongside Bad Bunny, who performed his new single ‘Booker T’. Booker continued to talk about his WrestleMania 19 match with Triple H at WrestleMania 19 and how his loss was something he never thought about. He said he views the wrestling business just like Hollywood, and sometimes thing just don’t go your way.

“I didn’t win that night, I don’t lose any sleep over it because I’ve always looked at wrestling like movies,” Booker T said. “Sometimes when you’re watching a movie, sometimes the bad guy wins. The movie goes off and the bad guy gets away with the crime. I’ve never once looked back and said man, I should’ve won that match. I’ve never done that before, never once because I never thought about the business that way.”

The storyline leading into their WrestleMania match had racial overtones, making it seem like a Booker T victory was inevitable. The finish of the match saw Triple H hit Booker T with a pedigree. It took Triple H to finally drape his arm over to pin Booker, which seemed designed to allow Booker to kick out at the last second. To the surprise of many, Triple H got the pin in a match that many fans felt buried Booker. Booker said he appreciates fans that believe he should have won the match, howeverthe only thing he’s thought about from rewatching it was how great it was. He also talked about how important it was to him based on his journey to be involved in a championship match at WrestleMania.

“I appreciate those fans because they represented me that night and wanted me to win,” Booker T said. “So many of them to this day it still burns and hurts them that I didn’t win that night even though I still went out and became world champ after that. A lot of people feel like that night I should’ve won and it burns a lot of people but that’s a testament to what we did in the ring back then as far as making our fans feel a certain way when they watch those shows and angles go down.

“I’ve watched that match once or twice, and the only thing I think about is man, that was a pretty good match. I left everything in the ring that night. I didn’t win it, but there again I never got in the wrestling business thinking about wins and loss’. I think I won being a kid from South Park, Texas, guy who fell through the cracks when he was a kid, got in some trouble, bounced back and found himself in a main event at WrestleMania. I think that’s a win.”

If you use any of the quotes in this article, please credit The Hall of Fame Podcast with Booker T with a h/t to Wrestling Inc. for the transcription.