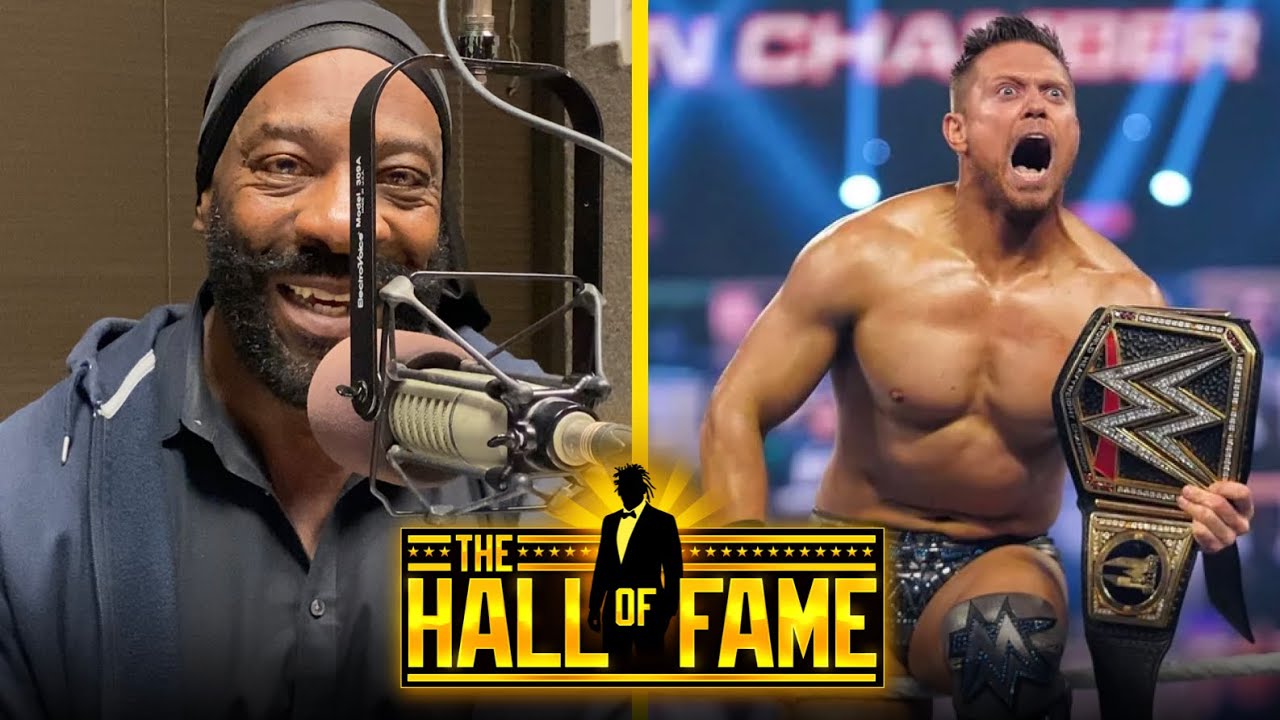 At last Sunday’s Elimination Chamber event, The Miz cashed in his Money in the Bank briefcase and won the WWE Championship from Drew McIntyre. Not only did McIntyre have to deal with The Miz following the Elimination Chamber match he won, he also was attacked by Bobby Lashley.

On the latest episode of the Hall of Fame podcast, Booker T talked about The Miz becoming WWE Champion for the first time in over 10 years. As previously reported, WWE currently has no plans for The Miz to be involved in the WWE title picture at WrestleMania 37, and Bobby Lashley is expected to be involved instead. Booker talked about these reports and says that he hates hearing people try to spoil what’s going to happen instead of just being proud of The Miz for winning the title.

“I appreciate Miz doing his thing,” Booker T said. “Miz is the champ again, in a great position. What I hate more than anything, there again are these dirt sheets, they ruin it for me, there’s always a spoiler out there or something. I was reading today in the dirt sheet that Miz has got the title and he’s going to lose it before WrestleMania 37 to such and such. This is just done because… That story right there, if that happens, it totally killed everything that they built up for the Miz to actually do just last night.”

Booker noted that he envisioned WWE doing Drew McIntyre vs. Bobby Lashley at WrestleMania 37 with McIntyre still being champion. He said the time WWE could have to focus on a long build to the Drew and Lashley match would seem like something they wouldn’t pass up on.

“I wonder myself because I thought Bobby Lashley, Drew McIntyre at WrestleMania, that’s a hell of a build,” Booker said. “You got fans that will actually witness it. Drew McIntyre has his fans, they’re going to follow him, they’re going to support him. Bobby Lashley, never being in that position. Can Bobby crack through at WrestleMania? The news clipping, people would’ve been talking about that right there big time.

“For me also, I’m thinking about the time we got to really put some steam behind this thing between now and WrestleMania, not hot shot it or anything like that. I thought Bobby was making his claim last night and then the Miz came in and totally dropped the curtain on me. They got me on that one.”

The two time Hall of Famer noted how fantastic Lashley has looked so late into his career. Booker gave big time praise to the Destroyer, saying he doesn’t know if Drew McIntyre would be able to beat him.

“I’m like a fan, I’m wondering where it’s going to go,” Booker T said. “[Bobby Lashley] is looking better than I’ve ever seen any man that has ever stepped inside in that squared circle at 44-years old right now. His mind is triggered as far as working a certain way. When Bobby works, you think someone is getting killed, you think he definitely could be the World Heavyweight champion. You wonder if he gets Drew McIntyre in that Hurt Lock, is Drew McIntyre going to be able to come out of it?”

The Miz will defend his belt against Bobby Lashley this coming Monday on WWE RAW.

If you use any of the quotes in this article, please credit Hall of Fame Podcast with Booker T with a h/t to Wrestling Inc. for the transcription.