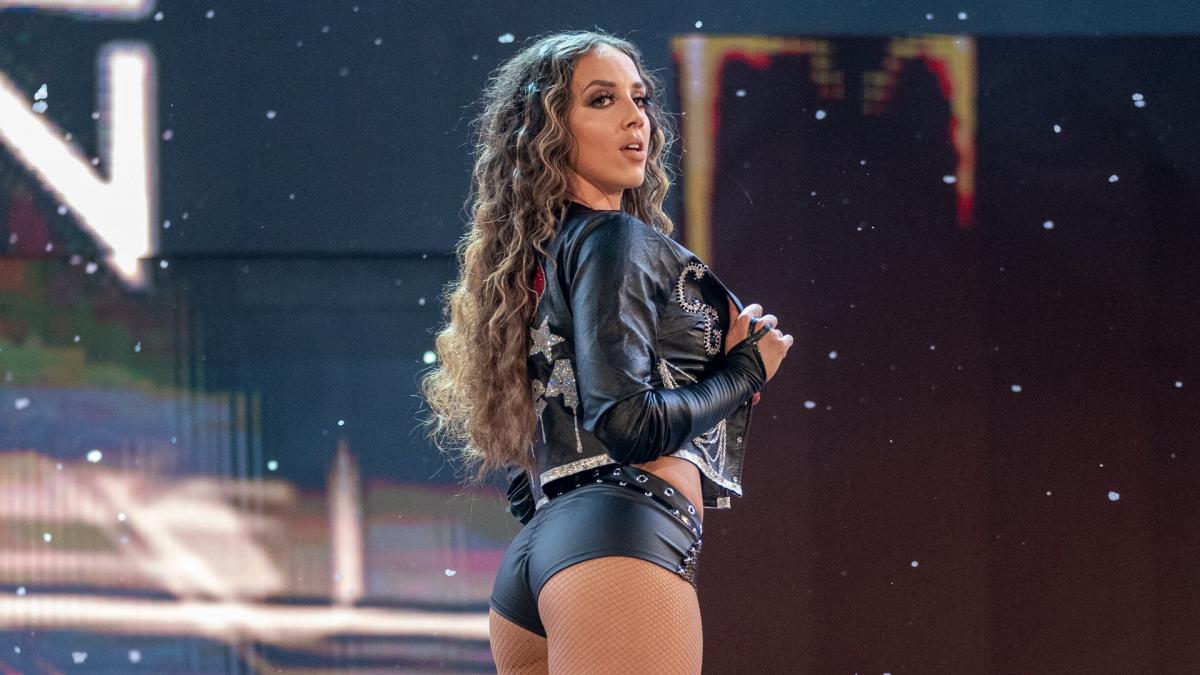 WWE SmackDown Superstar Chelsea Green recently spoke with Spencer Love of Love Wrestling. You can find the full interview at this link. Love provided us with highlights from the interview.

Green, who is currently recovering from a wrist injury suffered during her official SmackDown debut back in November, discussed her relationship with Paul Heyman and rumors from 2019 that he had a hand in her initial call-up when he was working as RAW Executive Director.

“So, I learn things on the dirt sheets as well. It’s funny, because sometimes the dirt sheets get them right, (and) sometimes they totally get them wrong. But, that is something that I felt when I came up in December, January, and did a couple matches for RAW and Main Event, I did feel like I had a great bond and connection with Paul Heyman,” she said. “We had kind of started our relationship off in NXT, when he watched a couple of my promos and gave me really amazing feedback and really, really positive feedback. That kind of fueled my fire and lit a fire under my butt until the next time I saw him, which was the RAW and the Main Event. I think I jumped into that position the best I could, and he saw that. And so, I’m thinking that the dirt sheets are correct and that he has really had my back this whole time, which I love.

“I think that’s amazing. I’m just so proud that someone that is the best in this business thinks that I’m great! How crazy is that?! We’re just going to go with that’s 100% true.”

Green also discussed her RAW debut on December 16, 2019, when she lost to Charlotte Flair.

“So here’s a fun fact that a lot of people don’t know, because everyone has said exactly what you said, that like, ‘Oh, wow, they just put you on there. If that’s your debut, why didn’t you have vignettes? Why didn’t you get, you know, hyped up and stuff?’ But actually, what people don’t know is a lot of – I don’t know about men, but a lot of women, before they debut actually do have a couple of matches that are just like that,” she said. “They tend to get thrown into a match like that, they sink or they swim, they usually lose. I mean, of course, unless it was a real debut. It’s funny because a lot of girls told me that that day, when I was going out to have that match with Charlotte. I was really excited! I didn’t care. I’m like, ‘I don’t care if this is my debut or not, I’m going to be on friggin’ RAW, and my family is going to get to see me, and all my friends and everyone that has seen me work so hard for six years, they’re going to see me on Monday Night freaking RAW!

“So, I don’t care what happened, but a lot of the girls did tell me like, ‘Don’t worry, you know, this might seem like your debut, but actually, they’ll probably do this and then take you off TV and then repackage you,’ and stuff like that. So it has happened to a lot of people. It’s just, we forget, right? In wrestling, we like to forget those things, and then we remember what we want to remember, which is the big, grand debuts and the storylines and things like that.”

After runs with Lucha Underground and Impact Wrestling, and an appearance on WWE Tough Enough in 2015, Green signed with WWE in August 2018. She admitted that her time with WWE so far has not been as she originally thought it would be. She was asked how the WWE experience has differed or exceeded expectations she had before she signed.

“Oh, gosh, it’s not at all what I thought it would be,” she admitted. “I thought kind of the end was getting to WWE. But that’s just the beginning. My career is just getting started. There’s just so much more to do and so many more goals I’ve set for myself now that I’ve started with WWE and NXT. I just think that there’s so much to learn, and I’m constantly learning at WWE.

“It never ends, whether it’s business sense, whether it’s accounting, and money, whether it’s how to cut a promo with Paul Heyman, or just, you know, cameras and crowds and things like that. There’s so much to learn in wrestling, and WWE really provides that for you.”

Previous
Views From The Turnbuckle: What Does A NJPW And AEW Relationship Mean?
Next
Backstage News On Edge Vs. Roman Reigns At WrestleMania 37
Follow @WrestlingINC