Chris Jericho On Who Is The Most Underrated Wrestler 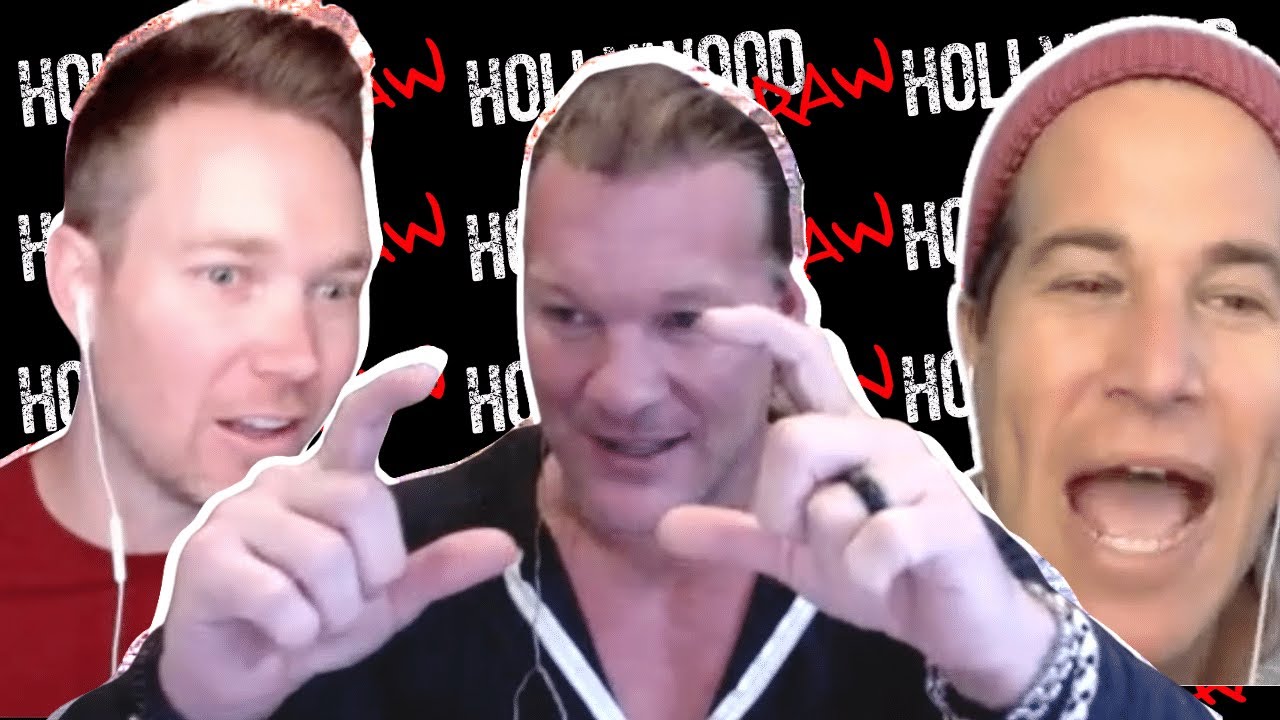 Everyone knows that despite a 30+ year career in the ring, Chris Jericho’s passion for music burns as deeply as his passion for wrestling. He and his band, Fozzy, have released seven studio albums and have toured all over the world.

Being a part of the music industry has allowed Jericho some perks and one of those was getting to attend the Rock and Roll Hall of Fame induction ceremony a few years ago. There, Jericho not-so-coincidentally ran into Sir Paul McCartney and he recalled that hilarious but awkward encounter on The Hollywood Raw Podcast with Dax Holt and Adam Glyn.

“We’re at the Rock and Roll Hall of Fame, and Ringo was getting inducted by Paul. And my cousin and I had a contact that allowed us to stand on the floor of the arena where only the inductees are, but we didn’t have a ticket because it’s $10,000 for a seat to sit on the floor,” said Jericho. “So, you can’t stand here, so then you go stand here, and then someone says you can’t stand here. Anyways, we found out… We could see where Paul and Ringo were at the front. When everyone was standing up watching Green Day play, my cousin and I just walked through the entire crowd using the only rule that you need to have, which is just act like you’re supposed to be there. Right?

“We ended up standing right behind Paul and Ringo. And then when the show was done, Green Day was done, Paul started walking. So, I started walking kind of almost beside him, by this row of chairs, till we finally just meet at the peak. ‘Oh, my goodness, what a coincidence! Hey Paul, Green Day was great. They’re awesome. They’re great.’ I was like, I didn’t know what to say, but I said, ‘Listen, I see you have your security guard leading you, but you’ve got no one behind you, so if any ninjas come, I got your back.’

But the awkwardness didn’t end there for Jericho as he talked about running into McCartney again at the after party.

“All right. Yeah, and then I go, ‘High five, Paul.’ He gives me a high five, so I’m just jumping. Later we go to the after-party and he’s eating with Joe Walsh. We went to the Copa, me, Joe Walsh and Paul McCartney, man. So, he’s eating this spread, he’s eating some cheese, and all these people are gathered around. I’m like, I’m going to go try and help him out,” recalled Jericho. “I go, I say, ‘Paul, listen these people are bugging you; I’ll help you out.’ He goes, “Listen?” He goes, ‘Who are you?’ He goes, ‘Who are you, man?’ He goes, ‘Are you a cameraman or are you a security guard? Who are you?’ I go, ‘I’m just trying to help you out.’

“He goes, ‘Listen, if any ninjas come around, I’ll let you know. Until then…” Just like I’ll see you later, leave me alone type thing, and he walked away. And the only thing I could think of was like, he remembered the ninjas. He knows who I am.”

The hosts then pivoted to rapid fire-style questions with Jericho who, at last count, had wrestled in 2,725 matches through October 2020. First, he was asked who the smelliest wrestler he ever got into the ring was.

“I don’t know. I remember Kane’s glove always used to smell really sweaty and he used to put Febreze on it, so it smelled like putting cologne on a corpse sort of thing. But just his glove though, not the rest, just his glove,” stated Jericho.

Then he was asked who the most underrated wrestler he ever locked up with was.

“Let’s see. Who’s the most underrated wrestler? Oh man, those are hard. What pops into your head, it’s hard. There’s a guy called 2 Cold Scorpio who was really good that I don’t think gets the credit for how good he is. There are probably a million others too, but that’s the first who comes to mind.”

Jericho and 2 Cold Scorpio – who was known as Flash Funk in WWE – both worked for WCW, ECW and WWE at various points but they only crossed paths in ECW. They wrestled three times while in ECW in 1996 including in Jericho’s final match with the promotion before he joined WCW.

Jericho has performed in hundreds, if not thousands of arenas in stadiums and thus, has seen his fare share of fan signs. Most are rudimentary, some are funny and a select few are so memorable that they still stick with Jericho today. He was asked what the best signs he’s ever seen in the crowd.

“The best sign that I ever saw was when I was a bad guy and it said, Chris Jericho is STU, and then they ran out of room, PID. I was like, dude, come on. Chris Jericho is… You’re too f***ing stupid, sorry, to even space it out properly to say, Chris Jericho is… Write the letter smaller,” said Jericho. “If you mess it up, rip it up and do it again. You’re really losing your point here; Chris Jericho is stupid.

“The other one that I always love is when I was in about the summer of 2002, I was working with Hulk Hogan. It was his last run in the WWE and we were doing all the live events non-televised. He was the good guy, I was the bad guy, and had so much fun. People just love Hogan and people just hated me. I remember one kid in the crowd had a sign that said Hulk Hogan is a Jedi. It was right around when the second of the new Star Wars movies came out, maybe Attack of the Clones. That just really bothered me. I remember I cut a whole promo on this kid who wrote the sign that Hulk Hogan was a Jedi, and how dare you compare the brilliance of a Jedi with the dumpster fire that’s Hulk Hogan.

“Then, at the end of the match, we ended up fighting ringside. And the kid who wrote it, Hogan held my arms behind me, he goes, ‘Hit him, kid.’ And I’m like, okay, what’s this kid going to do? Whatever. This kid, he’s probably eight years old balls up his fist and punched me in the face as hard as he could, and it really hurt.

“I was like, ‘Hulk, come on, man.’ He’s like, ‘Sorry, brother. I thought he would just give you a slap or whatever.’ I’m like, ‘Geez, Louise. If you were such a Jedi, why don’t you use mind control and tell him not to punch me in the face, Mr. Jedi?”