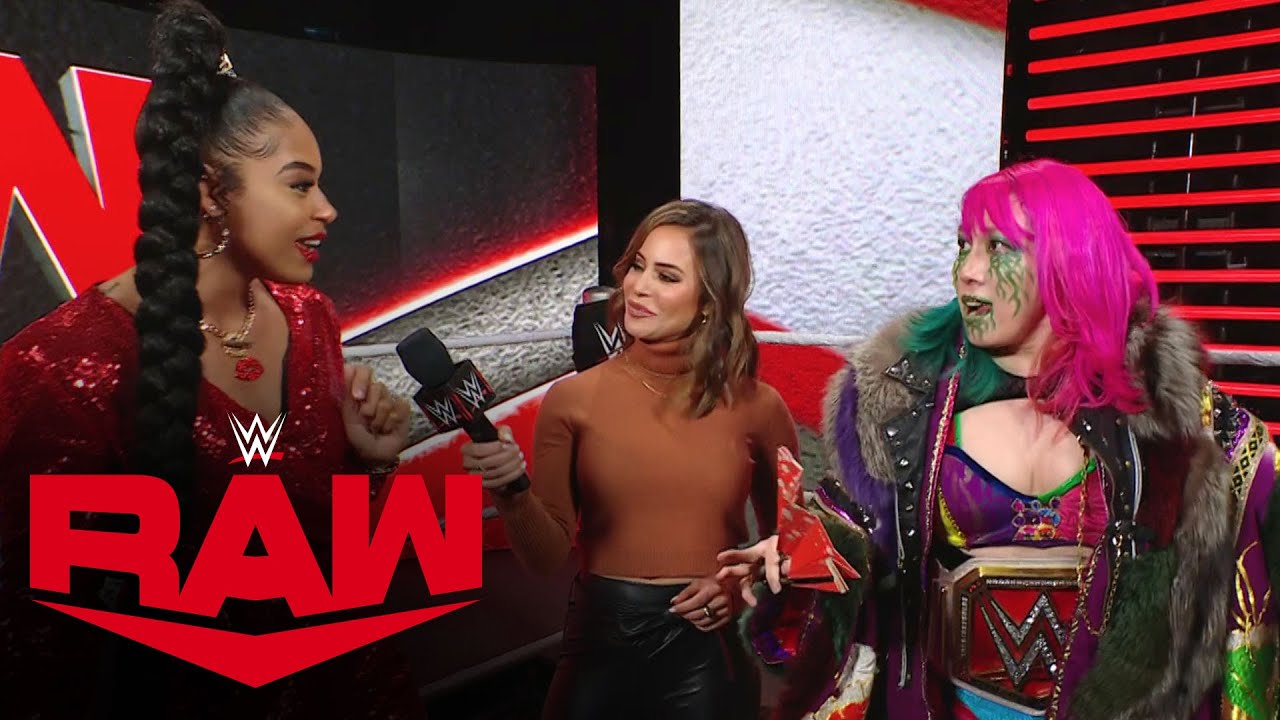 On the latest episode of WWE’s After The Bell Podcast, host Corey Graves talked about Edge and Bianca Belair’s next step after winning their respective Royal Rumble matches. We’ve seen both superstars head to both major brands, including Edge going to NXT to confront Finn Balor, but neither has made a decision on who they will face at WrestleMania. Graves talked about the matches he’d like to see Edge and Belair have at WrestleMania and mentioned how the Elimination Chamber may factor into things.

“This is one that can go any which way,” Graves said. “Even some of the potential outcomes after Elimination Chamber, 5 former world champions and Drew McIntyre. Somebody is going to emerge with the WWE Championship but what if it’s AJ Styles. Give me AJ Styles and Edge at WrestleMania, Jeff Hardy and Edge. It can go so many different ways, lots of options and that’s a good problem to have.”

“On the female side of things, the prospect of Bianca [Belair] and Asuka is exciting. I know it seems more obvious that you’re going to do Sasha and Bianca which I’m sure will be a stellar match. Sasha is functioning on a whole new stratosphere as far as in-ring goes, but Asuka and Bianca really really intrigues me.”

Being a commentator in NXT since 2014, Graves saw first hand how dominant Asuka was during her time with the yellow brand. He said he misses Asuka’s dominance and the women who held a roughly 2 and a half year, 914 day long undefeated streak in NXT which then bled into the main roster.

“I miss that Asuka,” Graves said. “I miss NXT Asuka. I got to call her rise, the undefeated streak. She was terrifying. I used to talk about it on commentary and I used to make jokes about Asuka scaring me, but I wasn’t fully joking, she had this ora and magic about her. You heard her music, somebody’s about to get beat up.”

“It sucks that I’m saying this as RAW Women’s champion, I don’t mean to diminish that accomplishment. I’m just saying, I think this is an opportunity for the empress of tomorrow to recapture that dominance. That persona that inspired fear as opposed to she has good matches, she likes to dance, she’s funny when she screams in Japanese. I want that woman who terrifies people.”

On this past week’s episode of SmackDown, Edge appeared to confront Roman Reigns but was met with Kevin Owens attacking Reigns to close the show. Graves talked about WWE continuing the rivalry with Reigns and Owens and said he’s excited to see whats next for Reigns after the Owens feud.

“There’s just so many superstars on the roster waiting to break through to that next level,” Graves said. “That main event championship level: Cesaro, [Shinsuke] Nakamura, Daniel Bryan. This is a good problem to have, there’s so many options you can have. As a fan, you watch this and you go oh wow, there is a ton of potential just sitting there waiting for someone to pull the trigger. That’s the silver lining in all of this. I’m excited at the prospect of what else could be down the road.”

If you use any of the quotes in this article, please credit WWE After The Bell with a h/t to Wrestling Inc. for the transcription.

Previous
Triple H Talks Rick Steiner’s Son And Parker Boudreaux Signing With WWE
Next
Bateman On Help From Vets Like Brian Kendrick : “It Took A Village To Raise This Idiot”
Follow @WrestlingINC