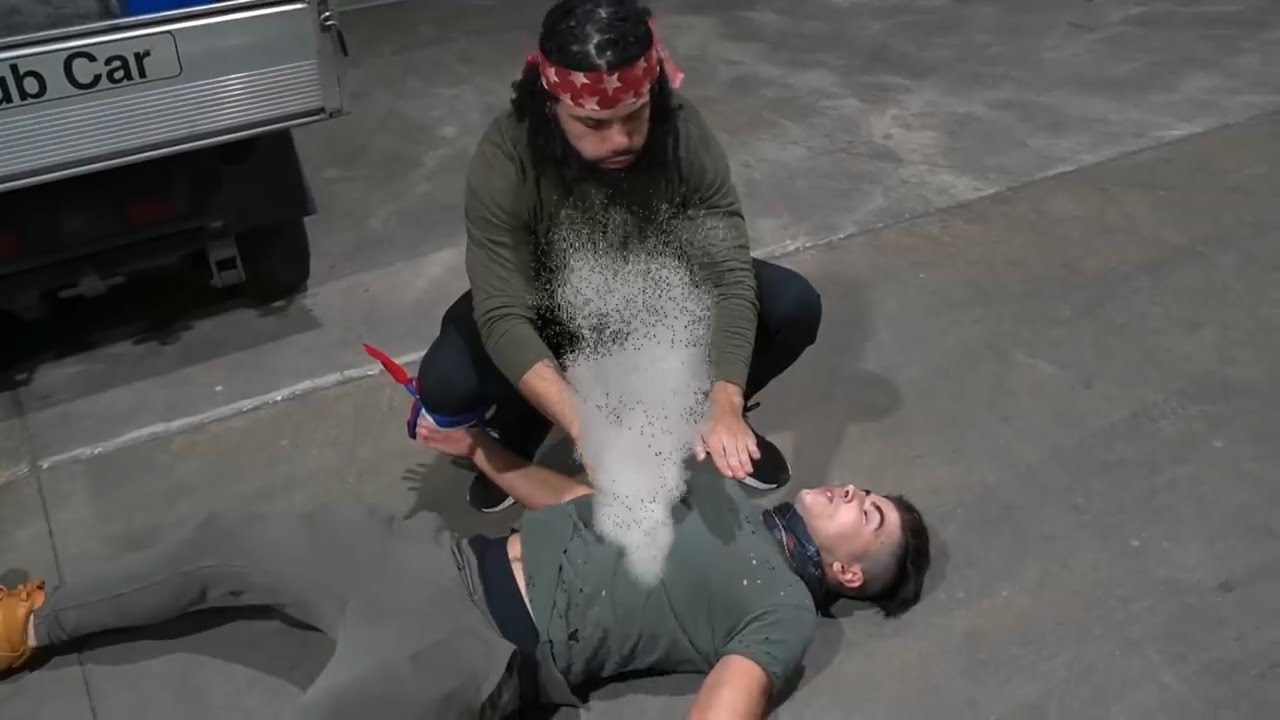 Below are highlights from the latest Being the Elite:

* Matt Jackson with other AEW stars in Atlanta as they wait to get on a flight to Jacksonville. They were told they “lost their pilots” because they had to be on another flight. Matt says they are considering making the drive. Over the PA it’s announced they will be able to board their flight very soon. Matt talks about seeing Air Dior sneakers out in the wild, which run around 10k and higher. Although, Matt was so bothered by how filthy they were.

* Recap of Matt Hardy’s history with Private Party. We then see Private Party lose their title match at Impact No Surrender, Hardy was not happy with his guys after the loss. We hear Kassidy and Quen leave voicemails for Hardy.

* Alex Reynolds and John Silver go check out the rafters and see where Sting hangs out. Silver then points and sees Chaos Projects sitting nearby, but for whatever reason he thinks it’s Darby Allin and Sting. Luther thinks they are talking about Sting, the singer, and begins singing (“Roseann” instead of “Roxanne”). They try to correct him, but Luther yells at the duo and they quickly leave.

* Backstage, Brandon Cutler says hey to The Bunny and Penelope Ford. They are playing Animal Crossing and wearing sweatshirts with their Houses from Harry Potter. The Bunny has on Gryffindor while Ford has Slytherin. Cutler is super nice to their faces, but then as he leaves he calls them “filthy mudbloods, Ravenclaw is where it’s at.” The two hear him and aren’t happy.

* Dark Order are happy to see Alex Abrahantes drank the purple drink. Alex’s friends then show up and battle with the Dark Order like it’s Karate Kid. Dark Order end up winning the battle at first, but the spirit of Vickie Guerrero inspires them to keep fighting. Ortiz finishes off Abrahantes and Dark Order has to retreat.

* Dark Order hangout, Evil Uno doesn’t get what Hangman Page sees in Matt Hardy and not them. They try to figure out what the reason is, but can’t come up with an answer. Anna Jay finally says they are better on without Page and the group seems to agree.

* #ViciousVixen auditions are held as we see Scorpio Sky, Griff Garrison, and others dance for Vickie Guerrero and Nyla Rose.

* The camera catches Brandon Cutler sleeping at an airport. Nick tells the story of how they almost missed a flight because Cutler fell asleep, they didn’t know where he was, and he wouldn’t pick up his phone.