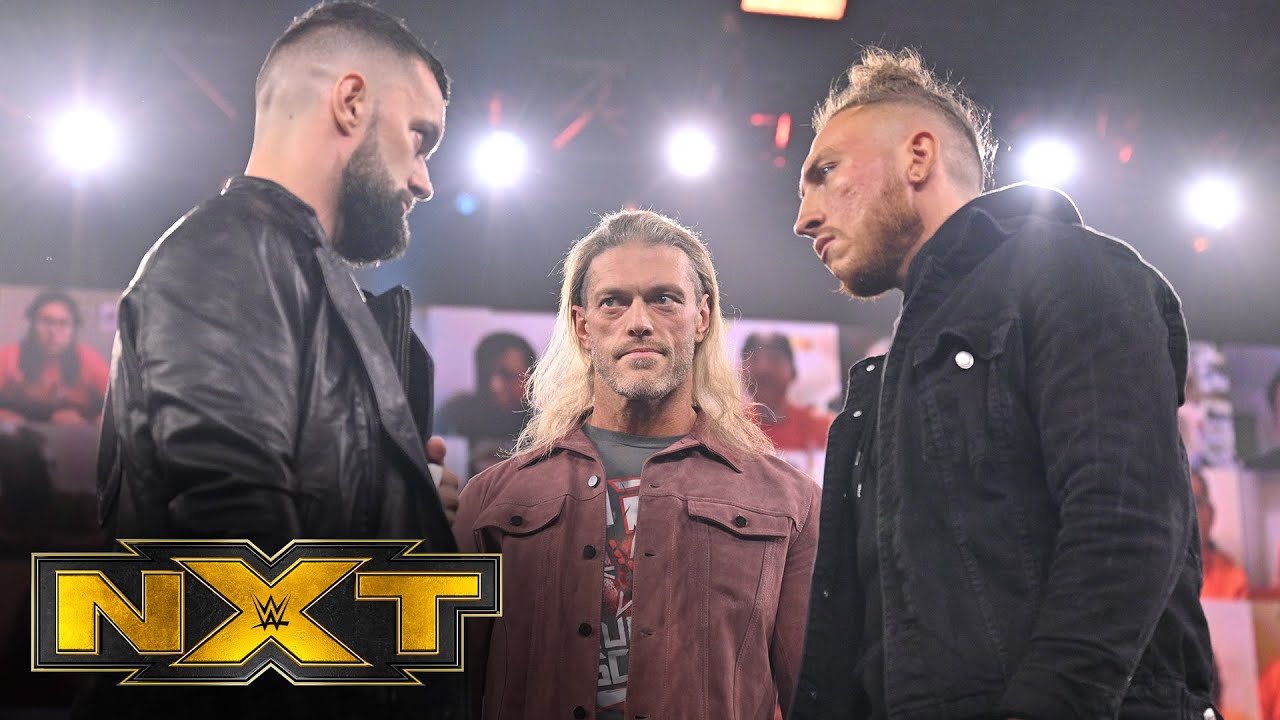 The winner of the 2021 Royal Rumble, Edge, was a guest on WWE After The Bell With Corey Graves where he talked about his goals in WWE after returning again. Edge said the criticism he’s received from some about the fact that he won the Royal Rumble at the age of 47 isn’t something he worries about. He said his main goal in coming back to WWE is to just tell great stories and mix it up with talent he’s never faced before.

“All I can control is trying to be in the best shape I can possibly be in,” Edge said. “Bust my ass in the gym so that at least I can look the part, move the part, feel the part and that’s all I can control.

Edge also discussed some of the talent that he’d like to step in the ring with now that he’s returned to action. He stated that he just wants to teach this new generation a different aspect of wrestling that he learnt through 4 decades.

“I want to get in there with guys like Cesaro,” Edge said. “You can talk about stuff in the back, but until you’re in there and in the pocket and in the zone together, that’s where you can try and impart some proper knowledge.

“There’s the Matt Riddle’s and all these guys, it’s really exciting to me and that’s part of the reason I wanted to come back was a whole new generation of talent. Somehow, I’ve been able to get through 4 decades with a break in there and have laid hands on all of these talents throughout the years and if I can do what those guys did for me for a new generation of talent, that’s why I wanted to come back.”

Edge gave an update on what he plans on doing now that he’s back, and when he’d hang it up again and be done forever. Edge mentioned that he wants to help talent tell stories and leave the business better than when he arrived.

“I just want it to be that if a talent sees ‘Vs. Edge’ on the sheet, that they’re excited and not this is going to be difficult,” Edge said. “I don’t want to get to that stage, I’ll be gone before that happens hopefully in a perfect world. I want to come back and just try and tell some great stories. If I can impart some type of wisdom or experience from doing this for 29 years, then that’s part of the goal. I want to leave this better than when I came into it.

“If that can happen by just brushing up on a guy like Damian Priest and giving him a tip of the hat, Finn Balor. The level that dudes operating on, I’d love to get in there with him. There’s just so many different people and I could tell such a different story with every one of them.”

As of today, the 2021 Royal Rumble winner will face a champion at WrestleMania. Edge said the plan for WrestleMania hasn’t been decided yet but likes what he sees in regards to his potential matchups.

Edge went in depth on the stories he could tell with all three of the current champions in WWE. He described what it would look like to be able to work with each of them and why a match against one of them intrigues him.

“I look at Drew McIntyre and the story, it’s about respect, it’s about taking a similar road,” Edge said, talking about the current WWE Champion. “The fact that when I was World Champion, Drew was trying to find his way and I tried to help him through some of those times. Leaving and coming back and respecting the man he’s become. So there’s that story.”

“Then, there’s a guy like [Finn] Balor who I’ve never laid hands on,” Edge said speaking about the current NXT Champion. “Never been in the same place at the same time and I see what he’s doing in the ring and the way he’s wrestling and making everything earned. You’ve got to fight to get it in terms of a match, that’s extremely appealing because that’s the type of wrestling I want to do.”

“Then I look at [Roman] Reigns and I truly look at this generational thing,” Edge continued, as he talked about the Universal Champion. “This guy that’s finally allowed to be what he is. The handcuffs are off, everyone realized we need to let him do what he can do. He is like Randy [Orton] in that when you get those 2nd and 3rd generation talents, they do things that they don’t even know, it’s just instinctual because it’s in their DNA. I see Reigns, I see the layers of Heyman, it’s such a great character that has so much real to it. That’s exciting to me.”

If you use any of the quotes in this article, please credit WWE After The Bell With Corey Graves with a h/t to Wrestling Inc. for the transcription.