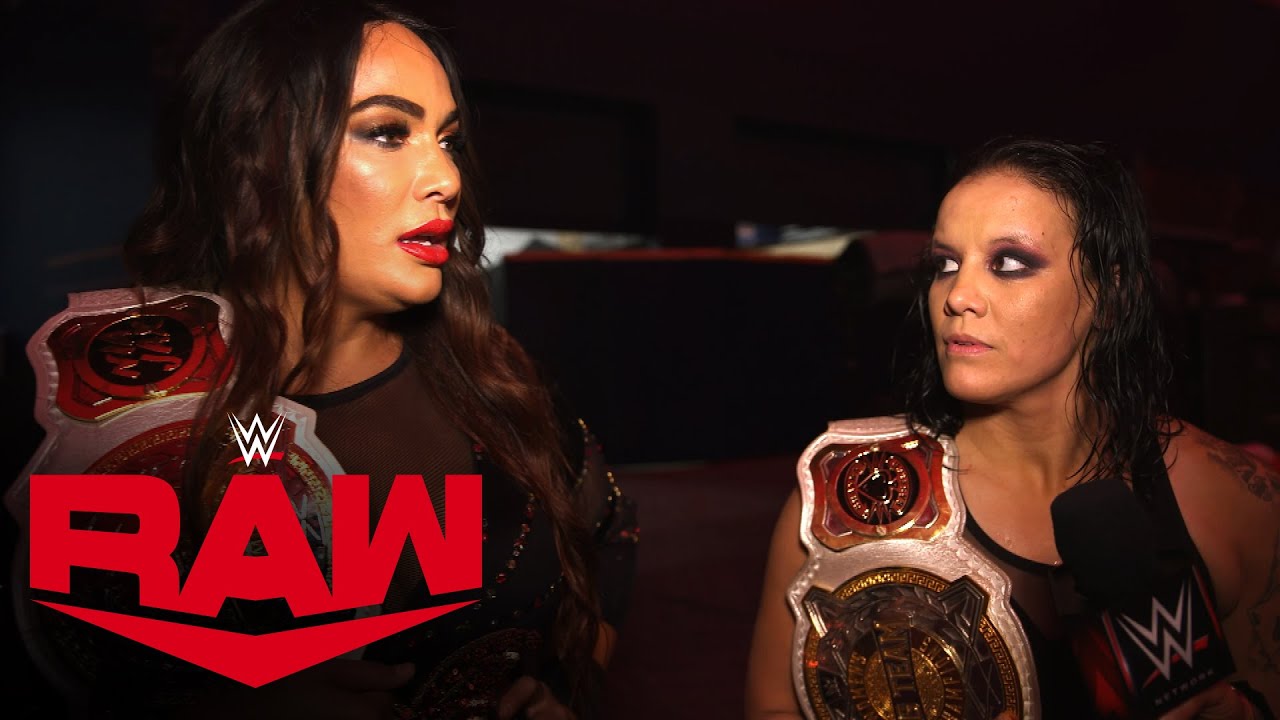 Nia Jax, one half of the WWE Women’s Tag Team Champions, walked out of the set of RAW Talk tonight after being on the receiving end of several “hole” jokes from co-hosts R-Truth and Charly Caruso.

After Jax and Shayna Bazler arrived on the set, Jax was offered a seat cushion to deal with her “minor injuries” before R-Truth began talking about how Jax can “hole onto it.” Caruso said there’s a bakery nearby and there are donuts being “made down there” while looking at Jax.

When Jax said, “nobody is laughing” and then refused to be a part of the jokes, Caruso said, “holey moley, that’s rude,” which led to R-Truth breaking into laughter.

Jax then began questioning Caruso’s journalistic ethics. Baszler and Jax started demanding respect for being the tag team champions which led to Caruso bringing up their title contenders across three brands. Jax said, “That just goes to show you how valuable these titles are and it is because of who holds them.”

The final straw came when Truth wondered whether Jax said “holds” or “holes” the titles. Jax flung the seat cushion at Caruso and walked out of the set.

As noted, Jax was involved in another awkward spot on last week’s SmackDown, just days after yelling out “my hole!” in a Tables Match against Lana. Earlier tonight on RAW, Baszler made Lana tap out to the Kirifuda Clutch [Full RAW Results].