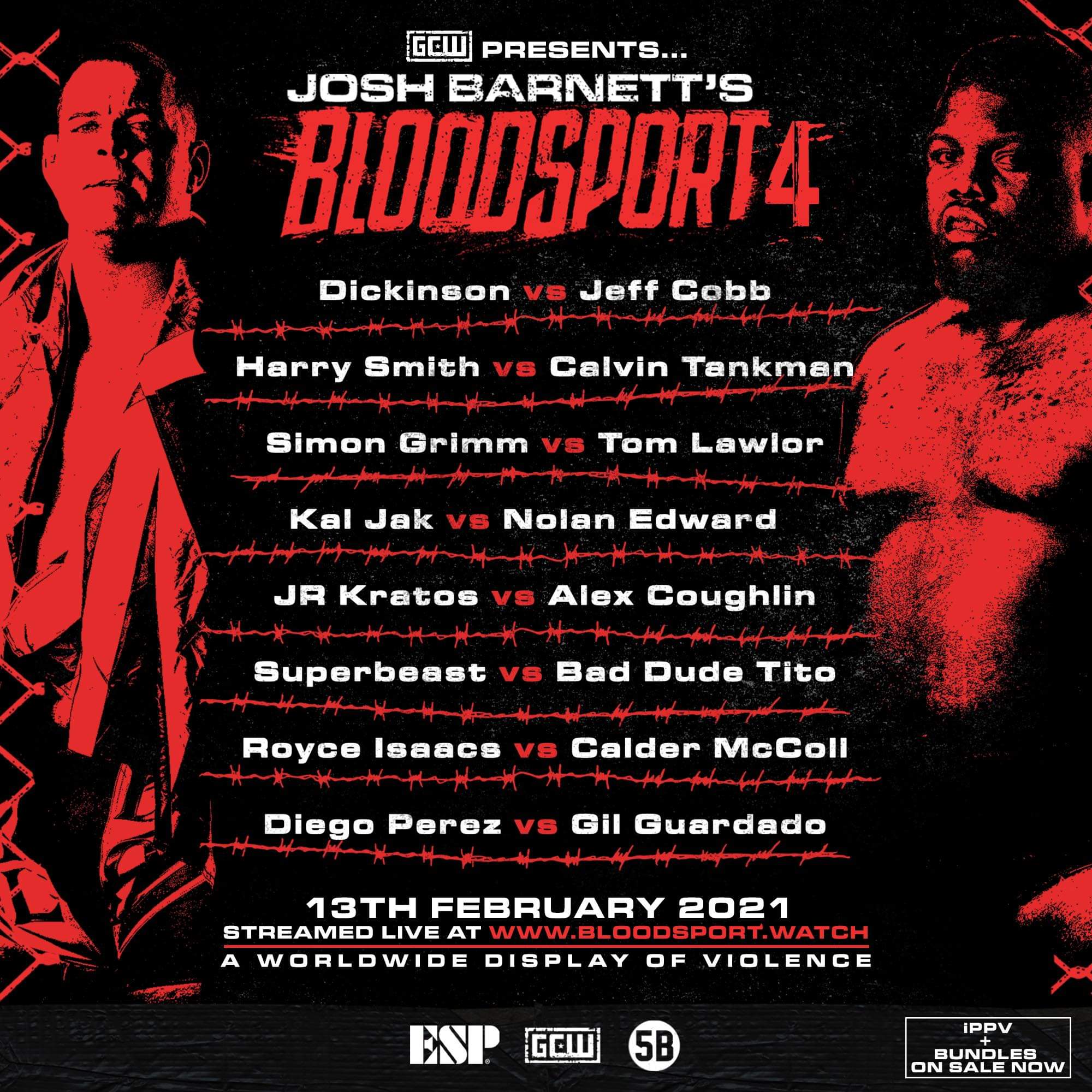 Below are the results for the event:

The next event, Bloodsport 5 will be on February 20, 2021. Jon Moxley vs. Davey Boy Smith Jr. was announced tonight for Bloodsport 5.

Kill or be killed @_nolanedward vs Kal Jake #BloodSport pic.twitter.com/xZo9RyJTMW

Bloodsport presentation is fantastic. Loving what @JoshLBarnett and @GCWrestling_ did with the format for this show. Feels like an action film/underground shoot fight film vibe @PWTorch pic.twitter.com/XTZLXVdlPE

Previous
Jon Moxley Announced For Bloodsport 5
Next
Sami Zayn On Roman Reigns: “He Started Playing [WWE] Instead Of Being Played By Them”