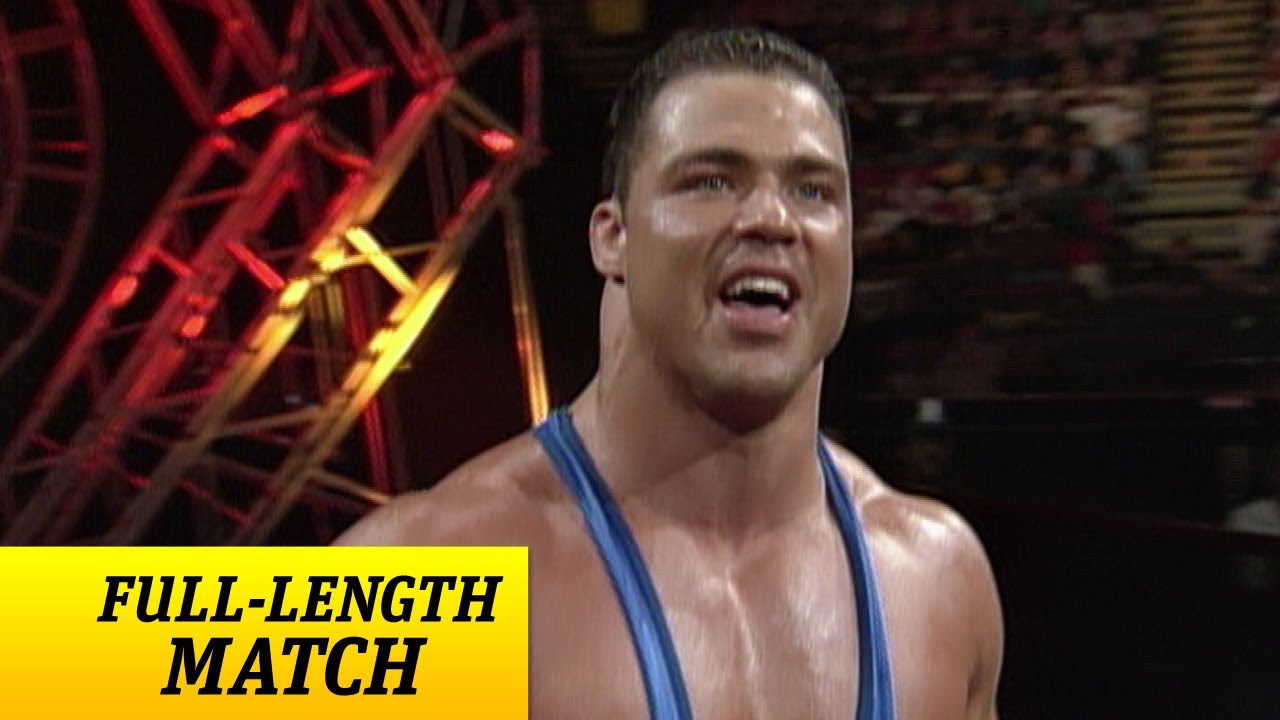 On the latest episode of The Kurt Angle Show Podcast, Kurt Angle talked about his debut in WWE after winning the Olympic Gold Medal in 1996. Kurt detailed training for his first match after signing a developmental contract with the company and how Christian was a big part of him learning how to become a pro wrestler.

“Christian was vital for me,” Angle said. “He was very knowledgeable. He was a young guy that I could grow a relationship with and learn more from him. That match that I had with Christian, it was only my second month so we did 5 days of training the first month, 5 days of training the second month and then that was when we had that match. It was Christians try-out match for T.V. and it was against me, and I didn’t know what I was doing.

“Christian had to rely on me, but because he couldn’t rely on me he had to rely doubly on himself because he had to carry me through the match. We ended up having a great match, he talked me through the whole thing. When I started out, I was a great listener. In order to be a great leader, you need to be a great follower. You have to learn how to listen, have to keep your mouth shut, listen to the advice and take it as it is. I was really good at that, so I became a great leader a couple years later. Christian taught me that.”

Angle described Vince McMahon’s vision for his character when he was told he was moving to the main roster. He said the mold of the good guys being the heroes was gone at this time in WWE and his character was positioned perfectly to be a heel.

“Olympic gold medalist, I take care of my body, I do all the right things, I have medals and trophies and I’m the kid that your parents want you to date,” Angle said. “Just all the white meat crap that goes with it. Because of characters like Stone Cold Steve Austin, it broke the mold. The bad guys became the good guys.

“My character in WWE when I started, it was a bit white meat baby face but there was that little thing where you were like, is this guy for real? Is he feeding me b------t or is he the real deal? I preached all the time, it was Vince’s idea to have that.”

Angle continued to talk about the idea for his character and whether there was an outline for his character. He also talked about who had a big impact on his career including writing most of his promos for him.

“They wanted me to just be me, but Vince was going to ramp me up a bit,” Angle mentioned. “He wanted the same singlet look from the Olympics, bright red shoes, just look sharp and look like a champion’ is what he said. The things I did or said, that was all written by Vince or Brian Gewirtz. Brain was a great writer, he wrote a lot of stuff for me.

“He could relate to my character because he’s a cool kid, but he’s a dork. He gets the whole character, the Olympic character and what Vince was trying to bring out, the milk drinking dork. Brian could relate to that, he was really good at writing my stuff for me.”

“It was pretty quick and I couldn’t be more excited about it. I looked forward to going to T.V. every week. My character when I started, I loved doing it. I loved making an ass out of myself, I loved the crowd booing me and not respecting me. I loved having these matches and cheating to win and preaching that I don’t cheat to win. It was a really cool thing to do and I was a bit overwhelmed my first year.”

The former WWE Hall of Famer also mentioned working with Owen Hart. He discussed Owen being underrated and mentioned who was the greatest in-ring worker he ever worked with.

“The match was incredible, Owen carried me through the whole thing,” Angle said. “He came up with some great ideas and the crazy thing was he would audible during the match. He would switch moves around and he would let me know ahead of time what we were doing. He was the first person I went in the ring with that would change the match and adjust just because of a fan reaction.”

“The other person was Stone Cold Steve Austin, he could adjust to anything. That guy was the best in-ring worker I ever worked with. He’s very underrated in the ring. Owen was one of the best too, he was a great in-ring worker. He could wrestle any style, that’s what made him so valuable.”

Angle’s first match on the main roster for WWE came at Survivor Series 1999 against Shawn Stasiak. Angle detailed the behind the scenes vision Vince McMahon had for his character and mentioned that during the match, Vince had told the referee to tell Angle to cut a promo on the crowd.