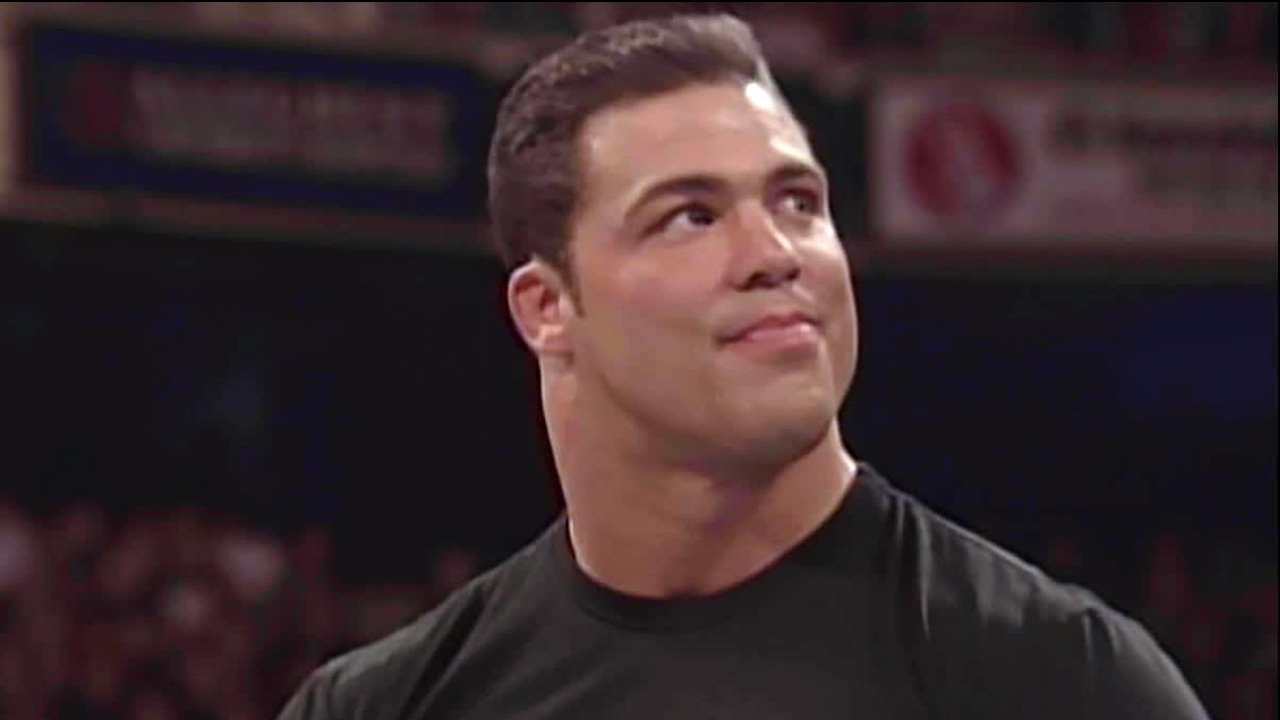 On the latest episode of The Kurt Angle Show Podcast, Kurt discussed the steps it took for him to transition from Olympic gold medalist to WWE wrestler. Angle mentioned how during his first meeting with Vince McMahon and WWE in 1996, they offered him a fully guaranteed contract worth $500,000 a year for 10 years.

“I didn’t know what I was getting into,” Angle said. “Going up there and then giving me the whole Limo treatment, first class airfare and treating me like an important person, it was pretty cool. Going to Vince’s office and talking to him was a bit overwhelming, I knew of him, I knew who he was. He straight up just gave me a deal, a 10 year deal, take it or leave it. I asked him if I could talk to my agent first, Vince said that was fine. The meeting wasn’t long, I told him I was interested but I didn’t know if I was going to sign it or not.”

Despite being offered a huge amount of money without ever having worked a match, Angle turned it down. He said a lot of people he talked to were negative about professional wrestling including his agent, who actually tore up the contract.

“I was brainwashed, I was told it’s not something you’d be interested in,” Angle said. “The people that were telling me not to do it didn’t even understand it. They thought it was a bunch of stunts these guys were doing, fake fighting. They felt like they were taking a backseat to pro wrestling, amateur wrestling was the small league and pro wrestling was the big league.

“It was a very hard situation for me to be in, I was an ambassador for amateur wrestling being an olympic gold medalist, and here I am selling out to the WWE if I go. My agent is the one that decided for me. He was an amateur wrestler and also played pro football, he decided you’re not going to do this garage, this isn’t the real deal.”

The WWE Hall of Famer talked about not having a plan for after the Olympics. He said he imagined the success of winning the Gold medal would have people calling him for opportunities, but the only one was WWE.

“Winning the Olympic gold medal was the highlight of my life,” Angle said. “If I would’ve died the next day it wouldn’t have mattered, I would’ve been the happiest man in the world. But, I didn’t plan for anything after that, I didn’t start my brand after that, I didn’t do anything to promote myself. I thought people were going to come to me and after a year after the Olympics, people stopped coming. WWE is the one that knocked on my door and I turned them down. Was it a mistake? Yes.”

Angle recalled a meeting he had with Bruce Prichard where he told him he never wanted to lose. He said Prichard could tell he didn’t understand the business and ended the meeting quickly.

“That was a short meeting too, he ended it pretty quickly,” Angle said. “I told him just so you know, I’m an Olympic gold medalist, I haven’t lost a match in years. I can’t lose. You could see the surprised look on his face like what the hell is this kid talking about. Bruce just ended the meeting and said okay were good, meetings over.”

Angle also talked about his family’s reaction to him coming home and telling them he just turned down an offer worth $500,000 a year. He said their reaction weighed on him for the next two years and factored into him calling WWE back to get a tryout.

“That was not good,” Angle said. “They thought I was crazy, why wouldn’t you take it? It was a difficult time, my family, they weren’t that upset but they weren’t very happy that I made that decision. It weighed on my mind, the next 2 years that I sat idle, it made me think how upset they were and why I didn’t take the deal. I noticed things were closing up for me, a couple years passed since the Olympics and nobody’s knocking on my door anymore so it’s time to make a move and that’s what I did.”

Angle said that he never had plans to rejoin the Olympics after winning gold in 1996. He described what it was like sitting and waiting around and before calling WWE two years later and asking if that original offer was still on the table.

“The plan was not to pursue the Olympics,” Angle said. “When I got done and won the gold, I wanted my neck to heal up and retire from amateur wrestling, look for something else. The more I looked, the more things were not coming up the right way. There were not that many opportunities for me. It was really tough to accept, I just won the gold medal in the Olympics and I’m not getting much money for being who I am and what I accomplished. I decided I’m going to try out for pro wrestling.

Angle said he wasn’t shocked the offer wasn’t on the table and knew that he was going to have to work for his spot. He talked about going from being offered $500,000 a year for 10 years before Vince and WWE even knew if he could work, to having to try out and prove he’s worth at least $52,000 a year.

“That’s my life,” Angle said. “I’ve always been the underdog, I didn’t expect anything different. I knew the good lord would always make me work for it, he always has and always will. I knew it wasn’t going to be an easy ride. I knew I would have to suck it up and accept less money and try out. I had a guaranteed offer whether I was good at it or not and I turned it down, now I have to try out and if I’m good enough they’ll sign me to a training contract that’s not even close to the first contract. It was a really humbling experience.”