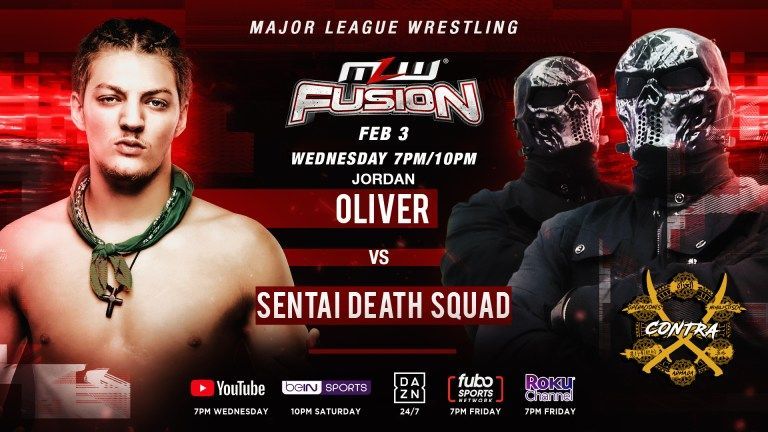 Earlier today, MLW announced Jordan Oliver vs. a member of the SENTAI Death Squad for this week’s Fusion.

CONTRA Unit Member Josef Samael will be the one that will be picking Oliver’s opponent tomorrow.

Below is an updated lineup for this Wednesday’s show:

* Jordan Oliver vs. a Member of SENTAI Death Squad

MLW Fusion is available on Wednesdays on YouTube, Fubo Sports, DAZN, and the Roku Channel.

Fusion is also available nationwide on cable and dish via beIN SPORTS on Saturday nights at 10pm ET.